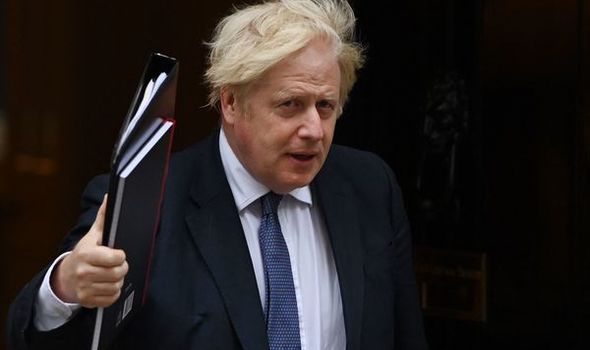 As the scramble to evacuate Britons from the capital Kabul continues, Boris Johnson met his Cobra emergency planning committee yesterday to discuss the project. Afterwards, Mr Johnson said it would be a “mistake” to make the end of the month, or early September, a “cut-off point for our involvement and willingness to help”.

But he also pledged the Government “will continue to work as fast as we can over the next few days” to airlift UK citizens and Afghan interpreters out of the country.

British officials at Kabul Airport were understood to be facing a “challenging” situation as pilots are being given brief landing slots to pick up passengers due to the huge number of rescue flights.

It came as violence continued on the streets following Taliban fighters taking control of Kabul.

Following the news that the UK will eventually take in 20,000 refugees, Mr Johnson said the speed of the evacuation is giving him hope.

He added: “The situation is getting slightly better. We are seeing a stabilisation at the airport. On Thursday we were able to get out about a thousand people, Friday another thousand people.

“The operation is becoming faster, but I’m not going to pretend to you that it is easy.

“The logistical challenges are formidable and they are doing an outstanding job in very difficult circumstances.”

After 20 years of a British military presence there, Mr Johnson said he intends to stick by Afghanistan and its people.

“The UK’s commitment to Afghanistan is lasting and our plan to help people with the resettlement programme will run for a good while to come,” he said, before confirming he would work with the Taliban if necessary to “find a solution” for Afghanistan.

Stating that Britain has a “lasting” commitment to the country, he explained: “It bears repeating that the UK armed forces, UK diplomats, aid workers, did help to change the lives of literally millions of people in Afghanistan, to help educate millions of women and girls who would otherwise not have been educated, and to stop terrorism from coming to this country.

“What I want to assure people is that our political and diplomatic efforts to find a solution for Afghanistan… will go on.”

Asked if he believed the Taliban would become moderate with time now they have seized power, the PM said: “It is very important that we take people at face value.”

He added the UK and its allies will judge the Taliban “on its actions”.