Home » Politics » Boris Johnson wife: Who is Carrie Symonds? How long have they been together?

Boris Johnson and his partner Carrie Symonds have announced they will marry in spring this year, and that they are expecting their first child. They will wed in the spring, while their child is expected to arrive during summer 2020.

Who is Carrie Symonds?

Ms Symonds is a Tory spin doctor, formerly head of the party’s communications, a position she left when rumours swirled about her and Mr Johnson two years ago.

She left the position to work for the nonprofit ocean conservation organisation Oceana, Inc. in 2019.

The news of their engagement was announced by Ms Symonds on Instagram. 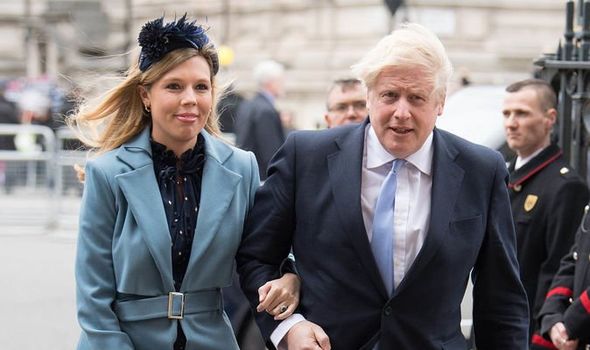 She said: “I wouldn’t normally post this kind of thing on here but I wanted my friends to find out from me…

“Many of you already know but for my friends that still don’t, we got engaged at the end of last year… and we’ve got a baby hatching early summer.”

When the couple marry, Mr Johnson will become the first Prime Minister to marry in office in 250 years.

A Downing Street source told The Sun the couple are delighted to share the news, saying: “They have both known for a while but have kept it under wraps until the pregnancy progressed.

“It partly explains why he has been lying low recently – although he works flat out and that won’t change.

“Carrie is thrilled and she will also continue to work on her environmental projects.”

A Downing Street spokesperson also said: “The Prime Minister and Miss Symonds are very pleased to announce their engagement and that they are expecting a baby in the early summer.”

Together, they have 26-year-old Lara Lettice, Milo, 24, 22-year-old Cassie and Theodore Apollo Johnson, 20.

The couple separated in 2018, after 23 years of marriage, and finalised a divorce settlement last week.

According to The Guardian, a family court judge approved a financial settlement and allowed Ms Wheeler to apply for a divorce decree and end the marriage.

Boris Johnson is the first modern Prime Minister to be divorced in office in modern times, and the second to expect a child.

The last Prime Minister to welcome a baby while in office was Tony Blair, who welcomed his son Leo in 2000.

Mr Blair was the first British Prime Minister to have a legitimate child in office for 150 years.