Supporters see the plan as a key way to force tech giants and multinational companies to pay a fair share in tax but Chancellor Rishi Sunak is reported to be withholding support – a stance described by Tax Justice UK as “really strange”. The Treasury insists it is not blocking progress but wants to deal with the issue of a minimum tax as part of a package that would nail down a new way of taxing online giants. The Chancellor says Britain’s priority is finding a way to “fairly tax large multinational digital companies”. The Treasury is understood to be open to a global minimum corporation tax, but not without an agreement on a digital services tax.

Mr Sunak has said he wants “a multilateral solution that divides up international taxing rights in a fair, appropriate manner”.

The huge rise in internet shopping is widely seen as a key reason why so many British high street stores are struggling. This has fuelled demand for online giants to pay a fair share in tax.

The US is pushing countries to adopt a corporation tax rate of at least 15 percent, although it is thought to be prefer a higher rate, potentially of 21 percent.

Corporation tax in the UK is due to rise from 19 percent today to 25 percent in 2023, and President Biden pushing to raise the US rate to 28 percent.

Robert Palmer of Tax Justice UK said Britain is seen as a “bit of a blocker” on introducing a minimum floor.

He said: “The UK has actually done quite a lot of good stuff to try and tackle tax avoidance over the last decade or so and it seems really strange and potentially embarrassing for Boris Johnson and Rishi Sunak to be some of the few hold-outs when it comes to thinking through this global deal.”

Ángel Gurría, the head of the Organisation for Economic Co-operation and Development, has described the proposals as a “once in a lifetime” opportunity. 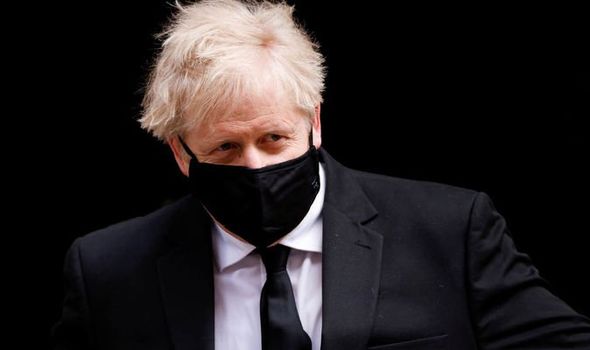 Making the case for reform, Tax Justice UK’s Mr Palmer said: “Lots of the really big giant tech companies and other big, massive multinationals have been able to get away with paying incredibly low rates of tax. That’s because they are exploiting a system that was designed 100 years ago before the internet was even a figment in someone’s imagination.

“This really disadvantages high streets shops, small businesses, but also big British businesses that don’t have lots of overseas units, that can’t play the system to lower their tax bill. This [is] about a level playing field and fairness.”

It is understood the Treasury will not strike an agreement on a global minimum corporation tax without also securing a deal on an international digital services tax.

The Financial Times reported earlier this month that Treasury officials fear Mr Biden wants to make tech companies pay taxes “in California when it ought to be paid in the UK”.

Labour will try to ramp up pressure on the Government to get behind the corporation tax plans, claiming the country is now out of step with most other members of the G7. It argues a global minimum corporation tax will make it “harder for big online giants and large multinationals to dodge tax”.