The maverick special adviser also said Mr Johnson would stand aside to avoid difficult questions about his conduct during the upcoming public inquiry into the Government’s handling of the Covid pandemic. It is due to begin next spring and – like other public inquiries – could take years before it is concluded.

Mr Cummings, who masterminded the Vote Leave campaign, blasted his former boss as he also released a series of highly embarrassing messages from the Prime Minister himself.

In his latest blog post, Mr Cummings said Mr Johnson has a “clear plan” to leave office shortly after the next election – due to take place in 2024.

He wrote: “It (the inquiry) will not start for years and it is designed to punt the tricky parts until after this PM has gone — unlike other PMs, this one has a clear plan to leave at the latest a couple of years after the next election, he wants to make money and have fun not ‘go on and on’.

“So we either live with chronic dysfunction for another ~5 years or some force intervenes.” 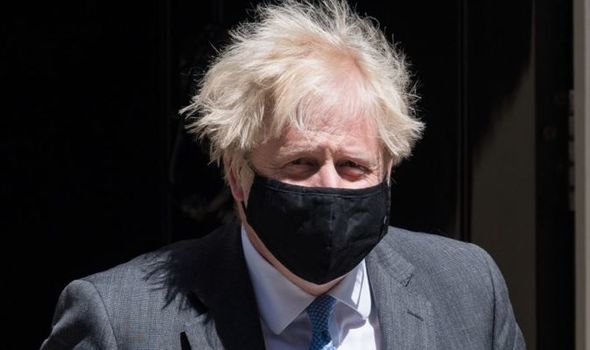 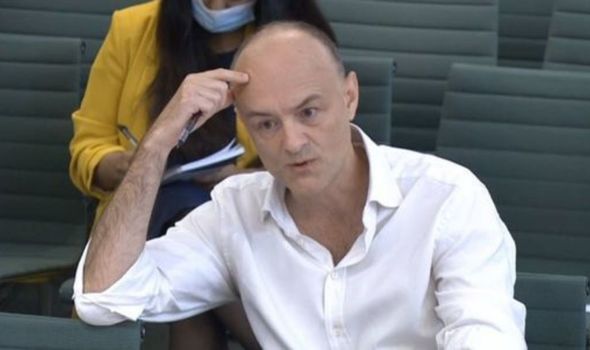 The Prime Minister’s press secretary said: “The PM has actually been asked this before and has said himself it’s utter nonsense, so that still stands.

“As you know, the PM was elected in 2019 and continues to focus on delivering the manifesto we were elected on and leading the county out of the pandemic.”

The rebuttal comes as the Brexiteer – who had a spectacular falling out with his former boss last year – released a series of embarrassing messages sent during the early stages of the pandemic. 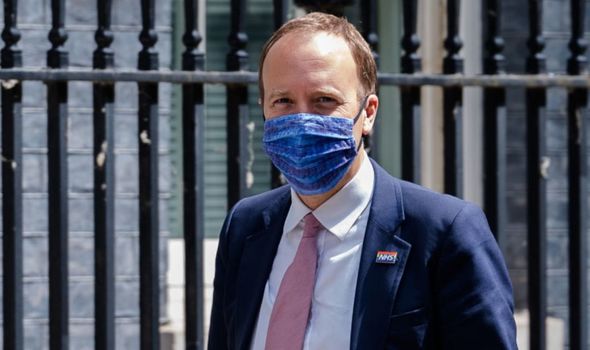 In many of them Mr Johnson is scathing of Health Secretary Matt Hancock – whose handling of the pandemic has been heavily criticised.

In one message the PM bluntly calls the cabinet minister: “Totally f***ing hopeless”.

And he later appeared to denounce his efforts to procure PPE as a “disaster” and considered sacking him.

He said: “I can’t think of anything except taking Hancock off and putting Gove on.” 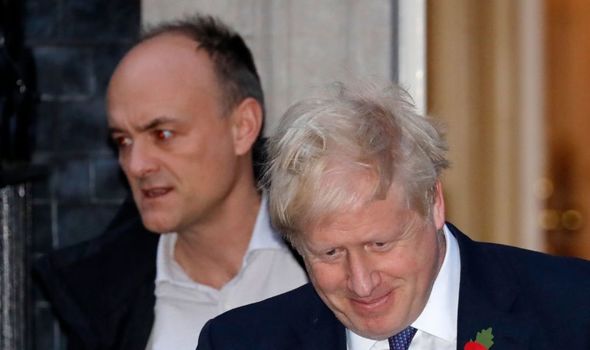 The messages are the latest assault in a bitter war of words between Mr Cummings and Mr Hancock.

His post accused the cabinet minister of “lying” and trying to rewrite history by pretending he had the “heroic” idea of ramping up testing to 100,000 a day.

Speaking to a Parliamentary Select Committee last month, he said Mr Hancock should have “been fired 15 or 20 times” for his conduct during the pandemic.

Mr Hancock later insisted he had not lied. 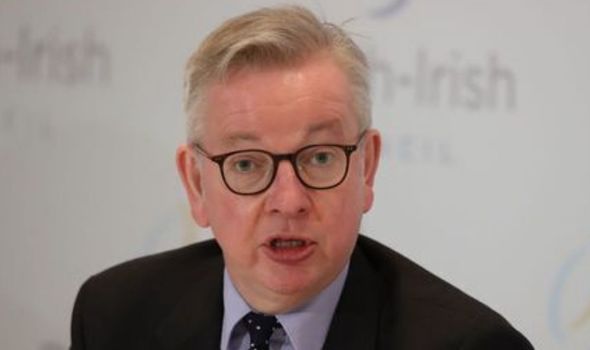 Despite him remaining in his post at present, the bookies believe this may not remain the case for much longer.

Ladbrokes is offering even money for Mr Hancock to be replaced as Health Secretary this year.

Jessica O’Reilly of Ladbrokes said: “With Dominic Cummings almost certainly set to leak more text messages that could make life tricky for Matt Hancock, the odds have been slashed into just even money there’s a new Health Secretary in place by the end of 2021.”

Mr Cummings also listed a series of questions he believed that Mr Johnson should be asked about the government’s handling of the pandemic.

He wrote: “Given his failures on testing, care homes and PPE why did you keep in post a Secretary of State you described yourself as ‘totally f**king hopeless’ and how many more people died as a result of your failure to remove him?

“Why is No10 lying, including to Parliament, about the fact that the original plan was “herd immunity by September” and had to be abandoned?

“When did Patrick Vallance brief you on NHS data showing that the death rate at the first April peak was much higher than before/after the peak and do you now agree with Hancock that every patient got the treatment they needed?

“Do you now agree with Hancock that there was no shortage of PPE or do you agree with yourself in April 2020 that PPE supply was ‘a disaster’ that required moving Hancock?

“How many people died in care homes because of what you called the ‘disaster’ on PPE and what you called Hancock’s ‘totally f***ing hopeless’ performance on testing in March?

“When will the SoS come to the House and correct his many false statements to MPs?”