The allegations made by a former contractor to the Department for Environment, Food and Rural Affairs (Defra) who worked in the EU Exit unit of the department. The whistleblower, who worked in IT, said that a new computer service contract was put in place after the 2017 election. But it was a downgrade unable to deal with the department’s existing work, let alone the increased demands of Brexit, he claimed.

The fresh workload from Brexit included fishing licences and control of rare materials like ivory among nine new major responsibilities.

The whistleblower, who was based at Defra’s Digital Data and Technology Services (DDTS) department in Reading, said that as a result of him raising concerns about the computer system which is used to deliver Defra’s responsibilities a contract extension was cancelled and he was blacklisted from government work.

He also claimed that senior managers in Defra did not hide their contempt for Brexit and Boris Johnson, insulting the Prime Minister in front of junior employees when he appeared on departmental television screens during the election calling the Prime Minister a “w*****, bulls****** and twat”.

The claims have been denied by Defra, however, former environment secretary Theresa Villiers has confirmed to the Sunday Express that she held a meeting about the allegations while still in office and ordered an investigation.

The meeting took place the day before the reshuffle where Ms Villiers lost her job, with senior Tory backbencher Andrew Bridgen and saw civil servants ordered to leave the room.

Ms Villiers told the Sunday Express: “I was shocked and I asked for an investigation immediately.”

She has also asked her successor George Eustace to ask him to ensure the investigation happens. 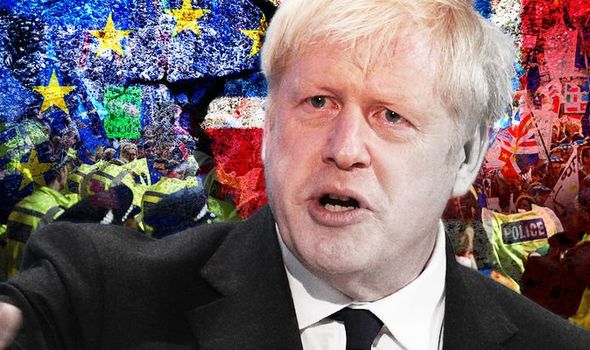 And the Sunday Express has been told that the new environment secretary has requested a meeting with Mr Bridgen and the whistleblower.

A dossier has also been sent to the Prime Minister’s chief of staff Dominic Cummings who is running a recruitment campaign for new civil servants and warned senior mandarins that they “need to work with us not against us”.

They come amid growing tension between the government and the civil service, some of whom ministers claim have tried to undermine Brexit.

The whistleblower, who has nearly 20 years experience working for high level tech companies, warned that a switch of service contract in 2017 meant the system could not cope with its then current responsibilities, such as processing farm subsidy payments. This was before a further nine responsibilities were transferred from the EU to be dealt with by DEFRA.

The department changed the contract to one run by French tech giant Capgemini while Michael Gove was environment secretary. But the new contact also downscaled the old, the whistleblower said.

He said: “The switch was like going from a Bentley to an old banger. It was literally downscaling the IT support. No two ways about it.”

According to the whistleblower, an early sign of the chaos emerged when he arrived at Defra and asked to see the contract. After six weeks Defra was still unable to produce it.

In November 2019 a major incident took place at the department’s data centre in Telford, when another company logged on to a server owned by Capgemini and managed to break it. The chaos lasted for three weeks.

The whistleblower said:  “It was all hands to the pump, there were directors involved because it went on for three weeks.”

Another problem was that the contract prevented Defra from fixing problems itself  for anything other than the most serious failures.

According to the contractor there were at least 20 second level problems going on at any time and “thousands” of less serious issues, none of which Defra could address itself.

He said: “It was a big problem that we were not able to intervene and not normal practice.”

Shortly after starting with the department in September 2019, the whistleblower was seconded to the EU Exit team where he was shocked by the lack of preparation.

“It became clear to me under Theresa May there actually was zero preparation for Brexit. When I came in they were literally at the early stages of preparing for Brexit. 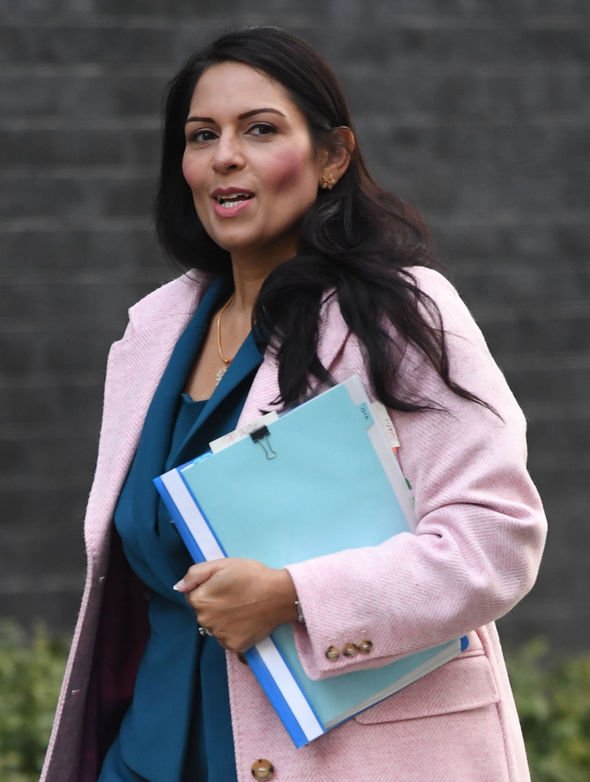 “They had one process alone they had 750 defects. We were about six days away from [EU departure date] 31 October. As you know the Benn Act changed things and the rest is history.”

The whistleblower’s contract was originally going to be extended to March 31 but on December 17, the same day as he put in a critical report about the Capgemini arrangement, the extension was cancelled.

He also claims that Defra blacklisted him which prevented him getting a job with another government department which he had been due to interview for.

He said:”There are many good people there who just want to do a good job but everything I experienced gave the impression that some senior civil servants in key roles were happy for the system to fail because of their dislike of Brexit. That was evidenced in their defence of the setup.”

“For Brexit to be given a fair chance to succeed it cannot be that the pro EU senior civil servants hinder the process by playing the age old game of keeping the Secretary of State blind to what’s actually going on. And this is the case.

“The civil service is there to enact government policy and nothing more. There are some fantastic civil servant’s who agree with everything I have said.”

A Defra spokesman said: “These allegations are fundamentally untrue.

“Defra has made extensive preparations ahead of the end of the transition period, which is why we brought in new skills to build brand new national IT systems.

“These were delivered in record time and we have consistently received positive feedback from industry users that have tested these services.”

The department said it has completed the development of, and extensively tested with industry users to ensure readiness for live operation, a variety of new national systems.