CHARLESTON, S.C. (Reuters) – Pete Buttigieg, the only veteran in the top tier of candidates seeking the Democratic presidential nomination, is turning to South Carolina’s large military community to help shore up his nagging lack of support among black voters. 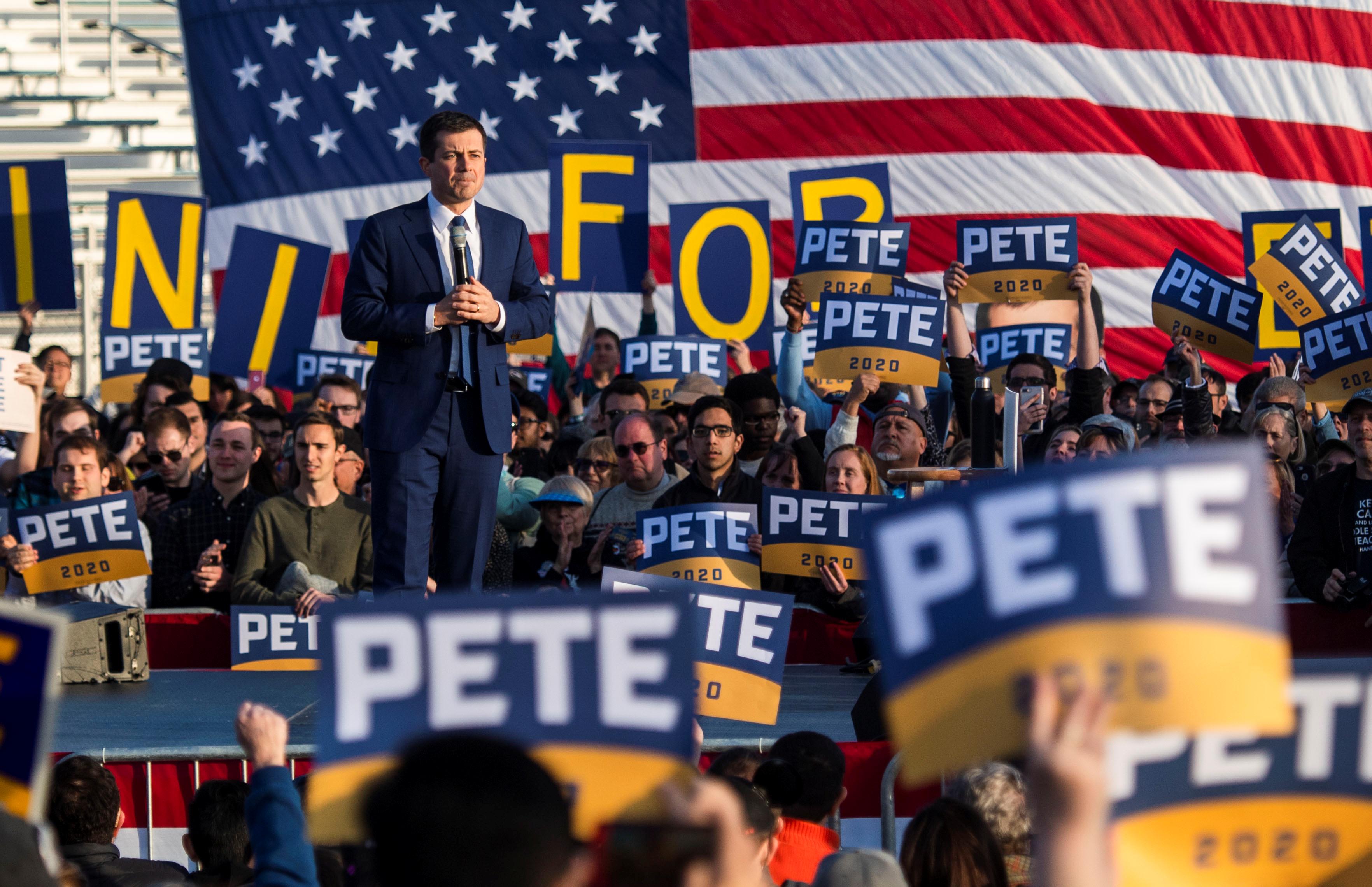 The primary on Saturday in the diverse southern state is seen as an important durability test for the 38-year-old former mayor of South Bend, Indiana, who has yet to prove he can motivate minority voters and dispel criticism that the economic revitalization in his city bypassed residents of color.

Despite a narrow win over Bernie Sanders in the Iowa caucuses and a close second place finish to the Vermont senator in the New Hampshire primary, Buttigieg has struggled to gain ground with African Americans, a core Democratic constituency.

Reuters/Ipsos polling conducted from Jan. 29 to Feb. 19 showed only 1% of black Democrats and independents said they would vote for Buttigieg, compared with 33% for Joe Biden, 19% for Sanders, 10% for Mike Bloomberg and 7% for Elizabeth Warren.

In entrance polls from the Feb. 22 Nevada caucuses, Buttigieg received support from 2% of black voters.

Two-thirds of the Democratic electorate in South Carolina is black. Senior Buttigieg campaign officials say blending his message of uniting a country divided by President Donald Trump with his military veteran status is central to their strategy to make inroads with South Carolina’s black residents, who disproportionately are veterans and active duty service members.

“Pete often talks about how in the military you get to work with people of very different backgrounds – whether it’s political affiliations or religions, or ethnicity or race. One of the things that binds people together in the military is service over all of those other things,” a campaign official said.

John Soltz, co-founder of VoteVets, said it had spent $2.3 million on ads backing Buttigieg in New Hampshire and Nevada, but declined to disclose its spending plan for South Carolina and beyond.

More than half of American presidents had some form of military service. But if elected, Buttigieg would be the first to have deployed overseas with the military since President George H.W. Bush, who fought in World War Two.

Buttigieg supporters say that carries extra weight in South Carolina, which has more than 400,000 veterans and is peppered with military installations. One is Fort Jackson in Columbia, where Buttigieg did some training while in the Navy Reserve before deploying to Afghanistan for seven months as a counterterrorism specialist.

Around 11% of people in the state over age 18 are veterans, the 11th highest rate in the country, according to 2015 Census Bureau data.

“People of color are disproportionately more likely to send their children into the military as their best option for a better life,” Hollier said.

“The president is commander in chief, and having someone who knows what it’s like to be deployed, to have served, making the decision on sending your kids into conflict, means a lot,” he said.

Buttigieg lacks the national profile of Sanders, however, as well as long-standing relationships with the black community that have boosted Biden in South Carolina.

Despite Biden’s poor finishes in Iowa and New Hampshire, support for him among black voters, who appear to be more locked in on their pick for a nominee than other Democrats, has increased slightly to 33%, according to the past four weeks of nationwide Reuters/Ipsos polling.

In Nevada, won by Sanders, Biden led in support among black voters with 36%.

Vivian Grant, 52, a black Army veteran who works as an education counselor at Fort Jackson, said she was undecided between Biden and Buttigieg.

Buttigieg’s service record was an important factor, she said. But she questioned whether it was enough to overcome his limited exposure in the state.

“Bernie Sanders came to my church. (Bill) de Blasio came to my church,” Grant said, referring to the New York City mayor who dropped out of the Democratic primary race in September. “Every other month we get a candidate. But I haven’t seen Pete.”

Clay Middleton, an African-American Democratic consultant in South Carolina who fought in Iraq with the U.S. Army, said Buttigieg’s strategy was unlikely to succeed because the military community is not organized like the state’s church and civic groups.

He said gaining credibility with black voters would have required Buttigieg to start engaging years earlier, and that having a personal understanding of the toll of deployment would not be enough to seal the deal.

“That is great introduction. That is not a great closer,” Middleton said.