Home » Politics » Chancellor’s pledge – Rishi Sunak: I will help out if it gets worse 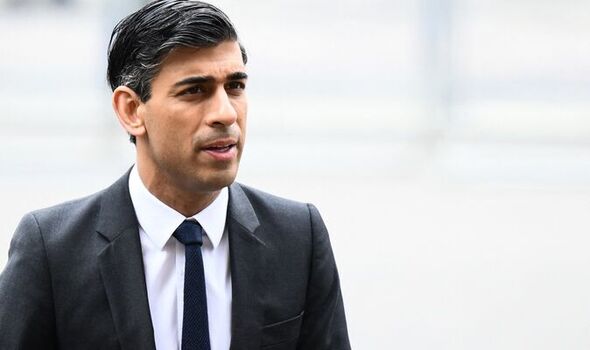 Ahead of today’s swingeing energy-cap increase, the Chancellor confirmed to the Daily Express he will “consider further support if needed” in his Budget this autumn. But he also warned that any earlier rises in Treasury spending, on top of the £22billion already announced this year, would not be “sensible” and risked fuelling inflation.

From today, millions of families are braced for crippling increases in fuel bills when energy industry regulator Ofgem’s price cap comes into force.

A rise of £693 will increase it to £1,971. Analysis from the House of Commons Library shows that 22 million households will see their typical annual energy bill rise by 54 per cent to reach the full £1,971.

Mr Sunak told the Daily Express: “I know people are concerned about the rising cost of living in the face of record global energy prices as we emerge from the pandemic.

“That is why we’ve acted to help support households with their energy bills through our £350 rebate, which is part of our £22billion of support.

“From today millions of families will benefit from the first stage of our support, as they start receiving a £150 cash rebate through their council tax bills. This has never been done before here in the UK.

“From October, all domestic electricity customers will receive a £200 reduction to their energy bills. The cost of this will be spread over five years when we expect global prices to have fallen back to normal levels.We’ll continue to monitor how global events impact on energy bills here at home into the autumn, and will consider further support if needed.”

In a separate BBC interview yesterday, the Chancellor said: “The biggest risk we face now is high inflation. I’m confident in what we’ve done. I know it’s tough for people.

“We’re facing a very difficult situation with the price of things going up and I want to do what we can to ameliorate some of that, but I’m also honest with people that we can’t ameliorate all of it, sadly.

“That’s difficult for people to hear and the toughest part of this job is not being able to do everything that people would like you to do because we’re already borrowing quite a large amount of money, and I don’t think borrowing lots more would be sensible.

“Actually, it has the risk of making the problem worse when you’ve got inflation and interest rates going up.”

Mr Sunak insisted he would not deviate from his plans despite the criticism he has faced following the limited measures announced in his Spring Statement last week.

He admitted: “Some of these things are difficult. They’re certainly unpopular. But they’re responsible and will help us in the long-term, and I’m not going to deviate from that just for some short-term popularity gain.”

Downing Street officials said ministers were “in no doubt” that rising energy prices “will be a significant challenge for a majority of the British public”. The Prime Minister’s spokesman said: “We would encourage anyone that is concerned to make sure that they are availing themselves of the support that is available to them.”

But he added that the Government recognises it can’t “cover off” all of the pressures “that we are seeing globally”.

And there are “potentially further pressures that may come in towards the end of the year”.

He said: “The Prime Minister recognises this is a very difficult time for the British people, indeed for people around the world, as they face cost of living pressures. The Government is here for them, to support those most in need, with £22billion of support targeted at those who need it most.”

Analysis published by Labour last night suggested the rise in energy prices from today will be the highest in real terms since records began.

Shadow climate change secretary Ed Miliband said: “On the day when energy bills rise by record amounts for millions of families, it is shameful that Boris Johnson and Rishi Sunak are refusing to support the British people facing a cost of living crisis.

“It tells you everything you need to know about this government, that they stand by whilst working people, families, and pensioners suffer. Labour would introduce a package of real support to bring down bills, funded by a one-off windfall tax on the oil and gas giants making record profits.”

The Joseph Rowntree Foundation, a charity dedicated to fighting poverty, warned households on the lowest incomes will be hardest hit when energy bills rise with council tax and National Insurance.

Spokeswoman Katie Schmuecker said: “For people on the lowest incomes, the next few months could be truly catastrophic, as inflation reaches a 30-year high while the basic rate of social security is at a 35-year low in real terms. The Chancellor may say he is comfortable with his choice to weaken the incomes of the poorest, but this choice will cause devastating hardship.”