The Tory leadership hopeful said she would cut off fuel supplies and boats from people smugglers in France in a bid to halt migrant crossings. It comes as more than 1,000 people arrived in the UK between last Friday and Wednesday, with Thursday’s numbers yet to be published.

The GB News presenter tweeted: “Mordaunt will do nothing to stop the illegal Channel crossings, this article is complete tosh.”

Mr Farage’s comments come after Ms Mordaunt pledged to take action on dangerous journeys across the English Channel and said she would stick with the Government’s plan to send migrants to Rwanda.

The trade minister told The Sun: “We must crack down on the evil and barbaric practice that exploits vulnerable people to arrive here illegally. 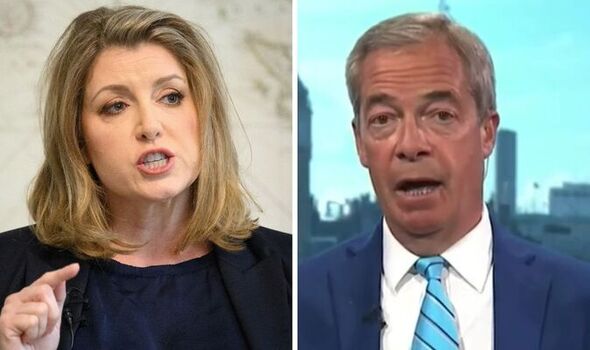 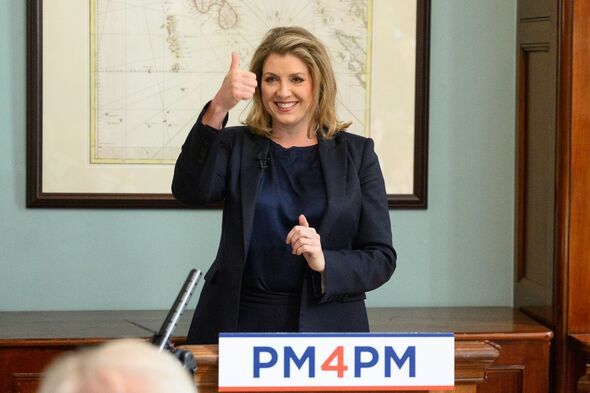 “I’ve spent a long time in the Mediterranean mapping migrant routes in the Med and North Libya – we should be doing more to work on what would be in France’s interest in regards to their Southern border.

“The rules governing all of this are completely unfit for the world we live in today – we need a new diplomatic narrative.”

It comes as Mr Farage had given his backing to Attorney General Suella Braverman in the Tory leadership race.

But Brexiteer Ms Braverman was today eliminated after finishing last in the second round of voting. 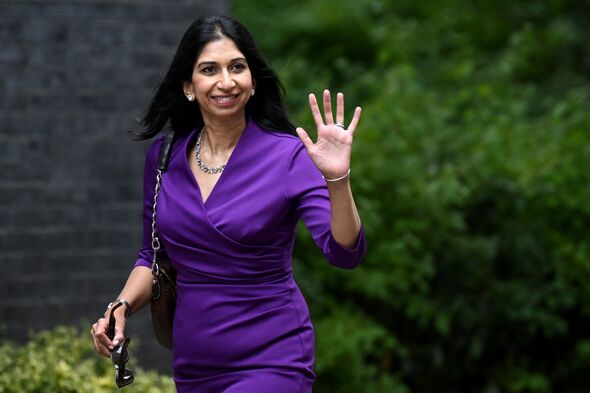 It is understood she will come out in support of Foreign Secretary Liz Truss as the right of the party seeks to rally around a single candidate.

Mr Farage raged that Tories had booted out Ms Braverman, who had pledged to end the rule of the Strasbourg-based European Court of Human Rights in the UK.

DON’T MISS
Kemi Badenoch holds the keys to Downing Street for the next PM
Truss backer explains why ONLY she can be trusted as PM
Penny who? Pollster Curtice pinpoints dark horse Mordaunt’s problem 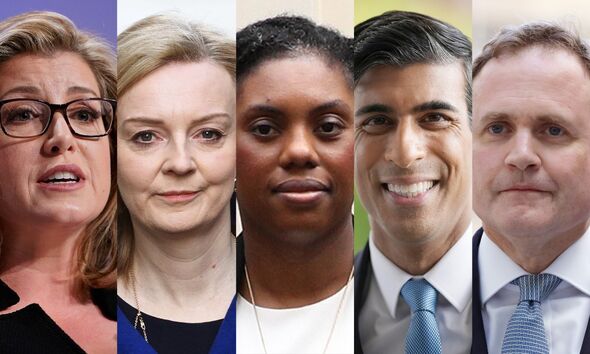 “Years ago, Tories who said we should leave the EU were excluded – nothing ever changes.”

He added: “The Tory party will do everything it can to stop the only candidate who wants to leave the ECHR.”

Meanwhile, Lord Frost today launched a scathing attack on Ms Mordaunt saying she was not up to the job when she was his deputy in talks with the EU.

The Foreign Secretary will hope that she can serve as a standard-bearer for the party’s right, picking up supporters from not only Ms Braverman but also Ms Badenoch, who is under pressure from Ms Truss’s allies to pull out of the contest.

The next round of voting is due on Monday, with subsequent rounds if required until two candidates are left, who will then battle it out over the summer to win the support of Conservative members.

Their choice of the next prime minister will be announced on September 5.

Boris Johnson will then formally tender his resignation to the Queen to make way for his successor the following day.