On 6 May everybody in England, Scotland and Wales – but not Northern Ireland – goes to the polls to give us the first glimpse of the electorate’s mood post-COVID-19, post-Brexit.

Everywhere is doing it differently, with voters in some areas like Cambridgeshire voting in four different elections simultaneously. In England, 143 councils are up for election along with 35 police and crime commissioners, 13 directly elected mayors – and the election of the London Assembly – which holds the London mayor to account. And there’s also the Hartlepool by-election. 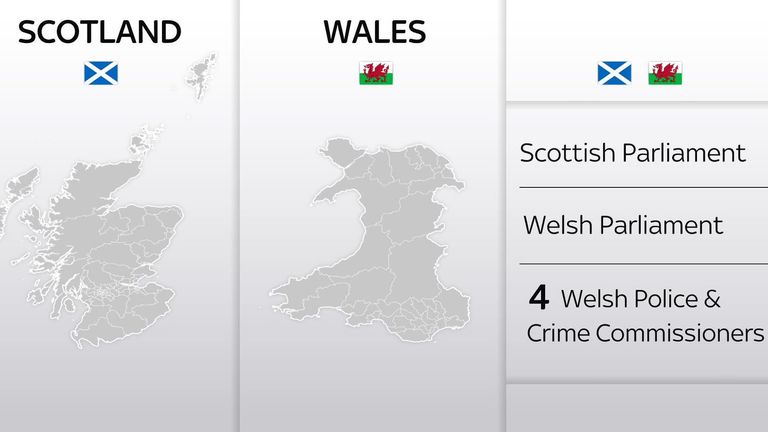 In Scotland and Wales, voters will elect their governments by choosing members of the Welsh and Scottish parliaments. And in Wales they must choose four police and crime commissioners too.

Perhaps the most important election is the one in Scotland, where the 129 seats of the Scottish Parliament are up and which could determine the future of the union.

The last time Scotland went to the polls in 2016, the SNP came out just short of the 65 needed for a majority. Many expect roughly the same outcome this time.

Then across England, around 15 million people will vote to determine the new regional or metro mayors – many of which were created by David Cameron and George Osborne – in eight different places.

The incumbents in these seats include some of Britain’s most famous political faces – particularly after coronavirus put their jobs on the map. Andy Burnham in Greater Manchester was in the headlines for his fights with Boris Johnson over COVID-19 funding and London’s mayor, Sadiq Khan, outpolls Sir Keir Starmer nationally. 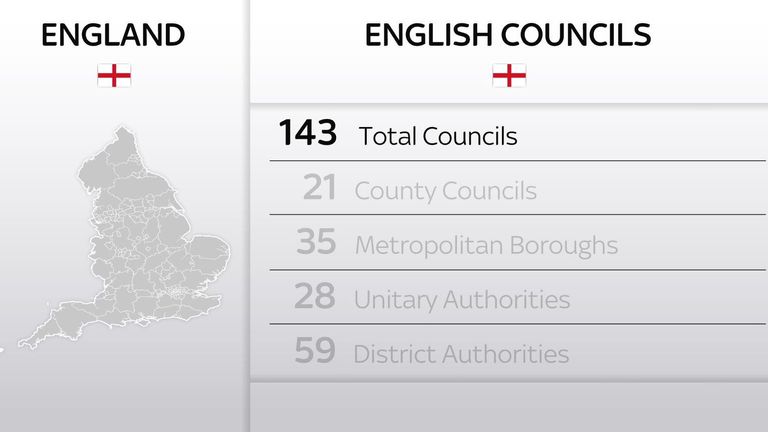 The Tory-held mayoralty races are more competitive. Tees Valley and the West Midlands are former Labour heartlands, and the areas that Sir Keir was elected to win back from the Tories. Labour is already playing down expectations in these areas – polls put Labour behind in the West Midlands, while the Tories privately express hope Ben Houchen will retake Tees Valley. And a new mayoralty is up for grabs in West Yorkshire.

Two years of local council elections – including those that were meant to happen last year but were delayed because of coronavirus – will be combined to make Super Thursday in England. Around 4,500 councillors will be elected in 143 councils. Elections at some of these councils last took place in 2016, pre-Brexit and less than a year after Jeremy Corbyn was elected, while some were last up in 2017 when Mr Corbyn was at a low point.

There are 21 county councils up for election. These seats – like Lincolnshire, which went Tory after years of Labour control – were last up for election at that low point, which may mean Sir Keir makes gains. 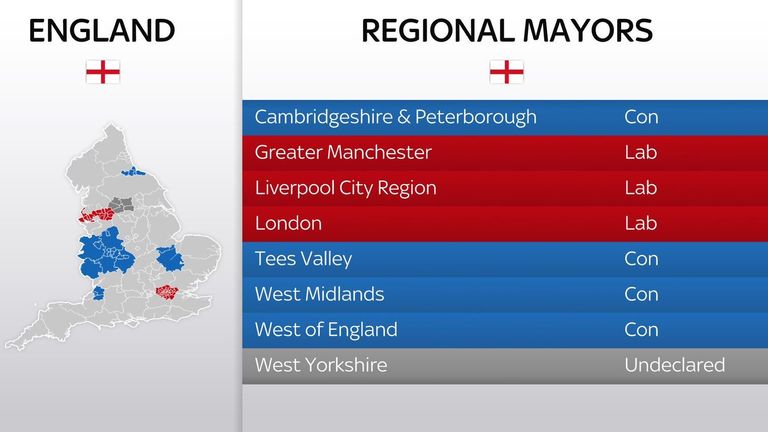 Then there are 35 metropolitan boroughs. These have historically been Labour heartlands. But in some towns the Tories have been making inroads. Labour would need to start winning these back.

There are 28 unitary authorities up for election, which are big bets for any party. And 59 district authorities – the lifeblood of the UK’s local democracy.

When examining local council elections there’s plenty to consider – the share of the vote, the change in control of councils and councillors and also the big bellwethers, like Derbyshire. Up until 2017 it had long been a Labour-controlled council, but in that last election it flipped, with seats going directly from Labour to Tory. Ousting the Tories from county hall must be Sir Keir’s priority. 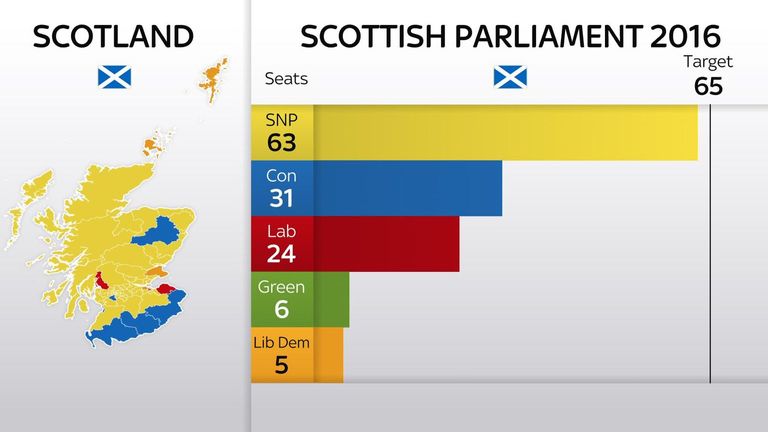 Then there are the national elections in Wales to determine the first minister and Welsh government. The 2016 results for the Welsh Parliament put Labour within touching distance of an overall majority. Since then, UKIP are down and the Tories are up partly because of the Brexit referendum which took place since then. But will Mark Drakeford’s Labour party face the squeeze from the Tories, meaning they have to rely on nationalists? Or end up pretty much in the same position as now, which would be seen as a win for Sir Keir.

And finally, there’s a by-election: Hartlepool. Labour just held on to this Red Wall seat. Can they hang on again?

Here’s why it’s close. Labour won in the 2019 general election, but with the Tories a close second and the Brexit Party not far behind them. The Brexit Party is not standing under that name, having become Reform UK. Where their vote goes will determine this race. And with a Tory mayor across the region and Labour losses in the council in recent years, this isn’t a banker for Sir Keir.

Thursday 6 May is the biggest act of democratic renewal there has ever been outside of a general election. The future of the union is at stake, as well as a major test for Labour. Boris Johnson and Keir Starmer both have good reasons to be nervous.