After protesters caused carnage and set a police van alight, Labour MP for Nottingham East, Nadia Whittome refused to condemn the violence seen on Sunday. Sir Keir labelled the scenes as unacceptable while Bristol’s mayor, Marvin Rees also criticised those who clashed with the police. Despite those within her party standing against the violence, Ms Whittome – who is part of the Corbynista Social Campaign Group – called for an investigation into the incident before passing judgement.

She told Politics Live: “It is right to wait until after an investigation into why public order broke down at a demonstration that was previously peaceful before making sweeping statements.”

Ms Whittome instead condemned the Police, Crime, Sentencing and Courts Bill which she said attacked the right to peaceful protest.

She added: “What must not be lost in this conversation is the Policing Bill itself.

“It represents the biggest assault on the right to peaceful protest in a generation. 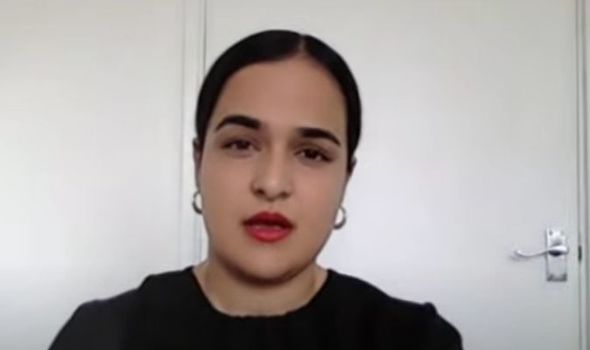 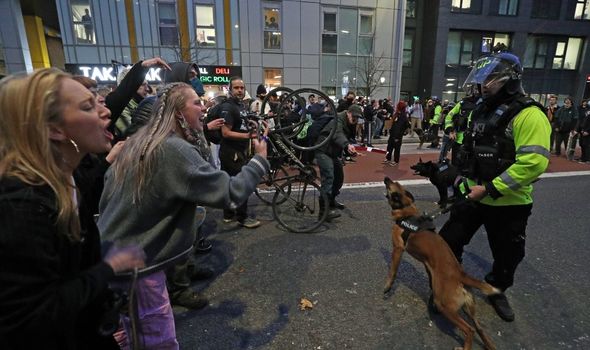 “It is an illiberal and draconian Bill that must be scrapped.

In a later tweet, Ms Whittome insisted she was against all forms of violence.

Ms Whittome was also removed from the Shadow Secretary after she defied the party whip over the Overseas Operations Bill and admitted her sadness following Jeremy Corbyn’s temporary suspension from the party last year. 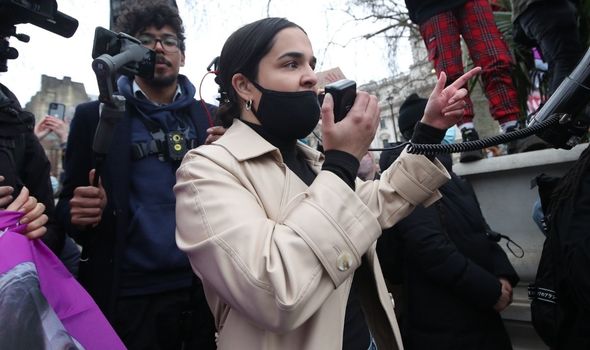 Although some officers were left seriously injured following the clashes, the ultra-left group, Momentum pointed the blame at the police for the violence caused on Sunday.

The group, which is supportive of Mr Corbyn, claimed the use of dogs had sparked the violence between the police and protestors.

Momentum said: “Huge turnout in Bristol this afternoon for the Kill The Bill rally.

“The right to protest is an essential part of any democracy. 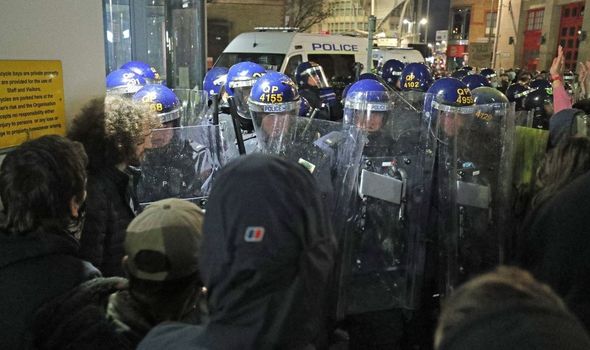 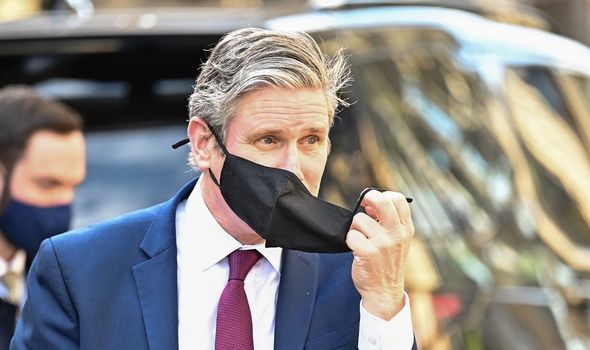 “The attack on the police station this evening likely wouldn’t have happened if the police hadn’t acted aggressively, including bringing in dogs.

“Let’s not forget that the police protect a culture of violence against women and other marginalised groups – which has been one trigger behind the outrage the last few weeks.”

Commenting on the scenes, Andy Marsh, chief constable of Avon and Somerset Police said: “Every protest and the police response to it needs to be dealt with in the context of that protest.’

“A tactical decision was made to deal with these criminals retrospectively and not make a significant number of arrests last night, which would have impacted significantly on our resources at the scene and created a greater risk of damage to property and injuries to the reduced number of officers left to deal with the disorder.

“There was a hardcore of serious criminals hidden within those 3,000 people – perhaps 400 or 500 people – and we certainly didn’t trigger this.

“By the time it got to 5.30pm, it became clear that whatever we did we would not be able to avoid a very violent confrontation.”

Speaking today, the city’s mayor claimed the violence seen on Sunday had been “counter-productive”.

In support of his leader, Shadow Home Secretary Nick Thomas-Symonds stated there was no excuse for violence. 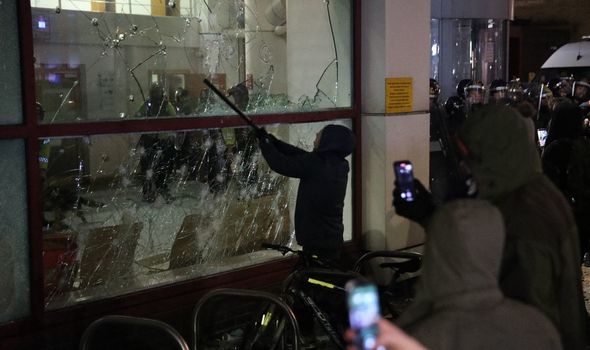 He said: “There is no excuse whatsoever for this violence.

“Thinking of those officers who have been injured, and their families, and wishing them a swift recovery.”

It became violent outside Bridewell Police Station later in the day after a minority within the group threw fireworks towards officers.