Home » Politics » Coronavirus: Boris Johnson to speak with Donald Trump and Queen as he gradually returns to work

Boris Johnson will speak with US President Donald Trump and the Queen this week as he gradually returns to work, Downing Street has said.

The prime minister will speak to Mr Trump by telephone this afternoon, while he is expected to hold an audience with the Queen – also by telephone – later in the week.

It will be Mr Johnson’s first audience with Her Majesty in three weeks, as he continues his recovery from coronavirus. 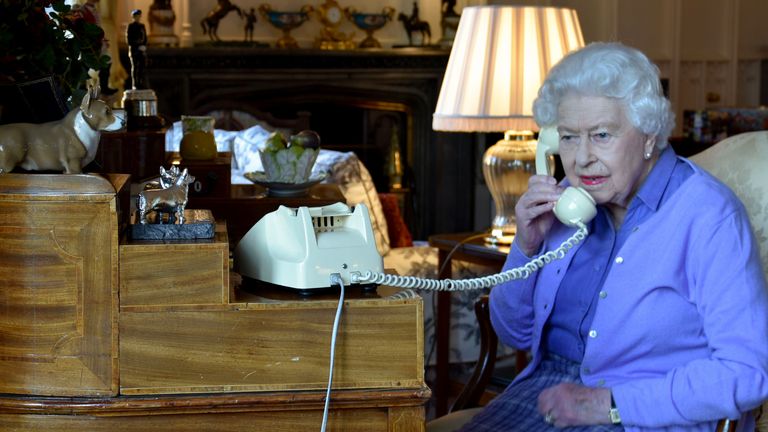 After spending seven nights at St Thomas’ Hospital in London with COVID-19 earlier this month, the prime minister has been recuperating at Chequers, his official country residence, in Buckinghamshire.

At a briefing for Westminster reporters on Tuesday, Mr Johnson’s spokesman said the prime minister would be “continuing his recovery at Chequers and isn’t formally doing government work”.

However, the spokesman said Mr Johnson had already been in contact with other world leaders, as well as his ministers and officials.

“He has been receiving updates from Number 10 on the coronavirus response and has spoken with the First Secretary of State (Dominic Raab) and senior members of his team,” the spokesman said.

“Yesterday he sent a message of condolence to (Canadian Prime Minister) Justin Trudeau after the very sad loss of life in the shooting in Canada.

“Later today, at around about 2pm, he will be speaking with President Trump.”