The medical director of NHS England has defended his staff after Boris Johnson suggested health workers would be to blame for seeding coronavirus into the community.

The prime minister was defending government advice to care homes that told them a negative COVID-19 test was not required for hospital patients being discharged until 15 April.

“No-one was discharged into a care home this year without the express authorisation of a clinician,” he told Labour leader Sir Keir Starmer in parliament on Wednesday.

Mr Johnson added they “have the interests of those patients at heart” but that it was “right to draw attention to what has happened in our care homes”.

However, professor Stephen Powis, later stood by his colleagues and said he was “absolutely sure” they would have followed official guidance. 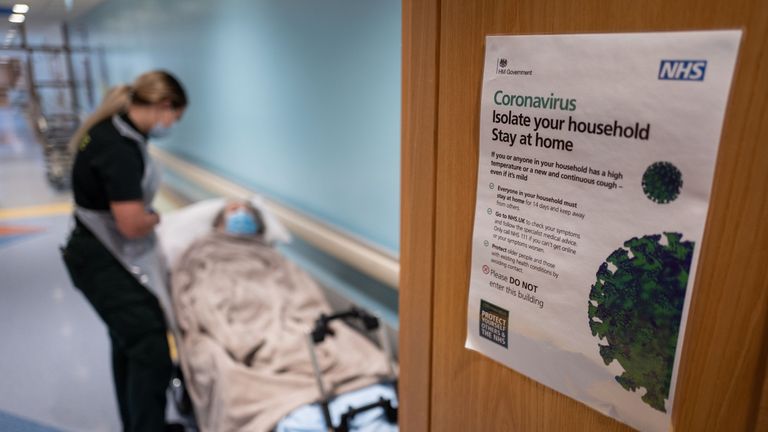 “I was a front line doctor for many, many years,” he said at the daily Downing Street briefing.

“I’m absolutely sure my medical colleagues would not be discharging patients under any circumstances unless they were sure their medical treatment in hospital was complete, they were fit for discharge and it was safe to discharge them.”

A Labour source said: “The government claimed it had thrown a protective ring around our care homes, yet a procession of experts have contradicted them.” 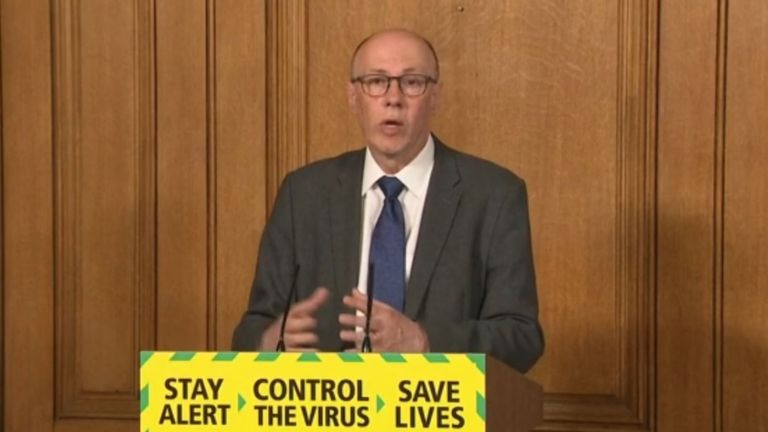 The government has come under fire for issuing advice until 12 March that said it was “very unlikely” care homes would experience a coronavirus outbreak and all residents and staff not being eligible for a test until mid-April.

In recent days, three cabinet ministers have spoken candidly about the actions taken early on the crisis after the death toll in the UK rose to at least 40,000.

Justice secretary Robert Buckland told Sky News on Wednesday “we needed to make a choice about testing, we did decide to focus upon the NHS” and that there was “great regret” about the “huge issues” in social care.

Environment secretary George Eustice also said at the Downing Street briefing on Tuesday that “there will have been some instances where people may have been discharged” from hospitals to care homes with the virus who had no symptoms and were not tested.

And work and pensions secretary Therese Coffey told Sky News on Tuesday: “If the science was wrong, the advice at the time was wrong, I’m not surprised if people then think we made a wrong decision.”

But at the latest briefing led by culture secretary Oliver Dowden, he insisted “it is categorically not the case we have glossed over” concerns about care homes.

He confirmed everyone in the UK over the age of five is now eligible for a test, as the number of daily tests hit the highest record yet – 177,000 – in preparation for the track and trace programme to be rolled out nationwide by 1 June.

And while he admitted the number of deaths are “still too high”, they are “moving in the right direction”.