The claims came on Wednesday as the EU revealed a new strategy to curb disinformation campaigns from state-backed outlets including Russian and Chinese websites.

“We have made it known to our Chinese counterparts that this incident is unacceptable and that we expect China to present its own positions while the EU presents its own,” she added.

China’s foreign affairs ministry released a report after the encounter that quoted Mr Borrell as saying that the EU “seeks to have dialogue and cooperation with China on the basis of mutual respect, not rivalry or confrontation”.

An EU source who wanted to remain anonymous said this was not as stated by Mr Borrell’s definition of “systemic rivalry” during the meeting with Mr Wang. 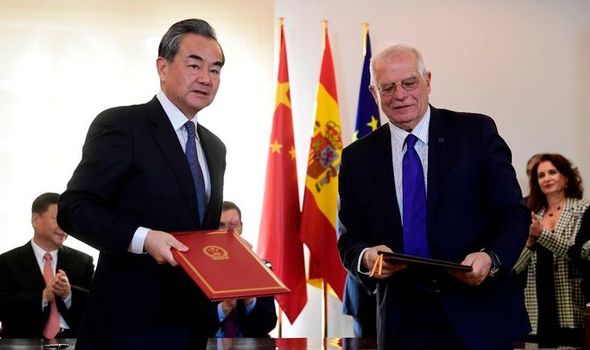 According to the report, Mr Borrell was also quoted as saying that the two powers have a joint responsibility to global challenges.

Chinese state media Xinhua reported Mr Borrell as claiming the EU “has high expectations for its relations with China and will make efforts to ensure closer ties”.

It also quoted him as saying that the EU “welcomes China’s active participation in international cooperation”.

The EU disagreed with the Chinese media depiction that the EU was no longer deliberating systemic rivalry with China. 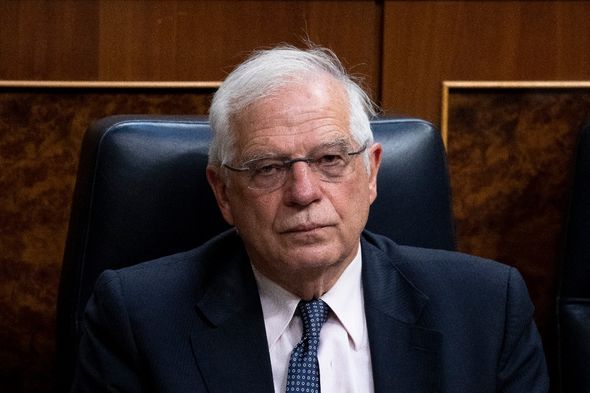 The policy was outlined last year and it defines the EU’s official viewpoint on China.

During the Tuesday press briefing after the virtual summit with Mr Wang, Mr Borrell stressed that he has explained what systemic rivalry meant comprehensively.

“The word ‘rival’ is important in diplomatic language because it is not a soft word,” he told reporters.

“I can tell you that we have talked a lot about what it means to be a ‘systemic rival’.” 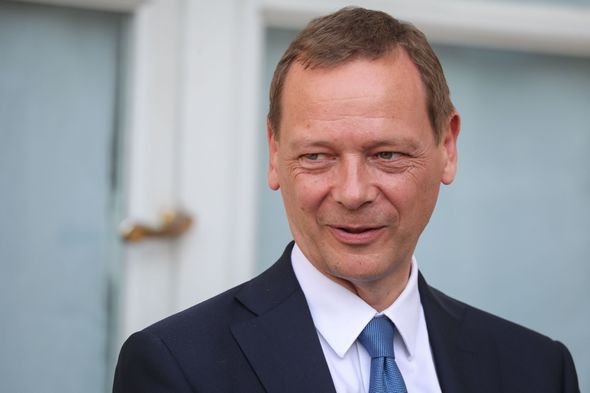 The EU pursues a World Trade Organisation reform in which China implements further economic changes such as greater access to its market. 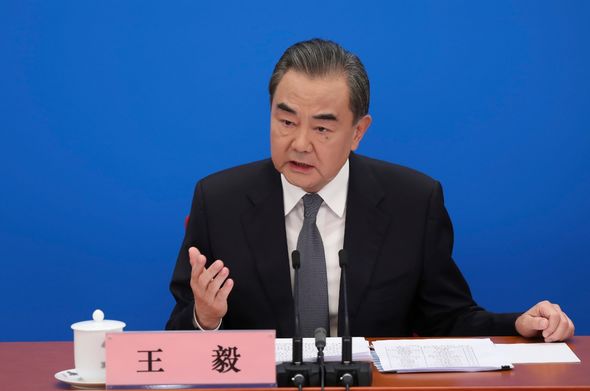 On Wednesday, the EU announced a series of actions to combat disinformation about the coronavirus pandemic it said started in China and Russia.

Vera Jourova, a European Commission vice-president, said in a news conference: “What we also witnessed is a surge in narratives undermining our democracies and in effect our response to the crisis.

“For example, the claim there are secret US biological laboratories on former Soviet republics has been spread by both pro-Kremlin outlets as well as Chinese officials and state media.”

Mr Borrell said the EU’s anti-disinformation move should not be seen as an operation against China.

“We have already been working on disinformation for a long time,” he said.

“We started five years ago; in recent years disinformation also covers sources from China – but it is not against China, and much less [having] any kind of cold war with China.”