On a visit to Poland, Mr Michel said member states required eurocrats to “work around the clock” to secure more life-saving doses of Covid jabs for their domestic rollouts. The EU’s joint vaccine scheme has been hindered by ongoing production issues that have left the 27-state bloc lagging behind Britain. Mr Michel told reporters: “The main challenge we are confronted with is speeding up vaccine delivery to member states so they can effectively implement their vaccination campaigns.

“So, the number one priority, and what the Commission needs to work around the clock, is to increase production so that producers can deliver on their promises.”

The bloc has only dished out 22.3 million doses of coronavirus vaccines, at a rate of five per 100 people.

Whereas, Britain – with a population seven-times smaller – has vaccinated more than 16 million people alone, about one-fifth of its citizens.

The delays were partly sparked by a shortage of AstraZeneca’s Oxford-produced vaccine. 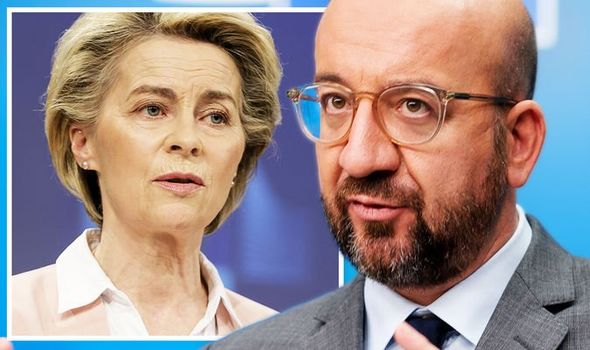 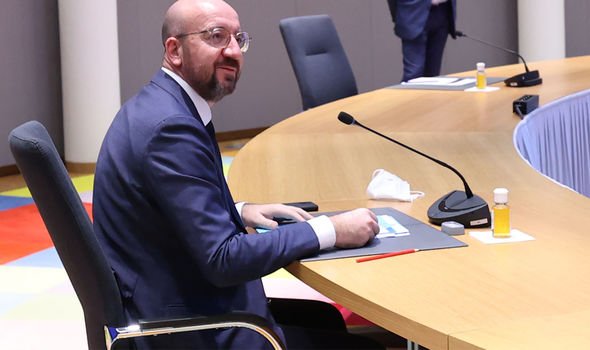 The Anglo-Swedish firm had to slash the number of doses it was due to send to member states because of production hiccups.

But today the Commission has announced separate deals with Pfizer and Moderna for more doses of their jabs.

Brussels finalised terms on a deal with Pfizer for 200 million more doses, and announced a major new order of 150 million more Moderna jabs.

Mrs von der Leyen said: “Of course, we have to fight with many, many detailed problems, bottlenecks, delays, which we do overcome step by step. 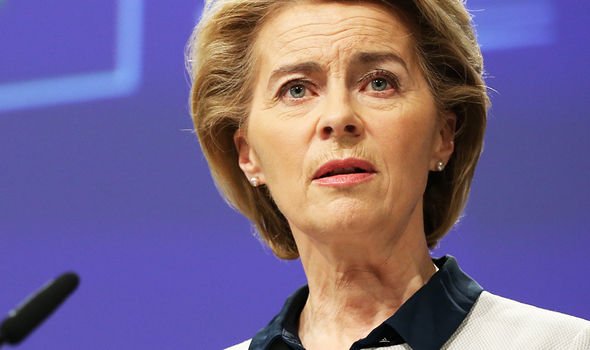 “But it’s an ongoing learning process.”

EU single market commissioner Thierry Breton said the bloc was now on a “war footing” in the rollout of vaccines.

He said the UK-based AstraZeneca had ramped up production of the Oxford-produced jab after previously announcing delays to its shipments.

MUST READ: Brexit ‘left £65billion hole’ in EU as riddled with division

The Commission has also announced it will allow drugs manufacturers to fast-track authorisation for any tweaked vaccines made to combat mutant strains of coronavirus.

Eurocrats are worried that the British variant is spreading rapidly across the bloc, and have unveiled a €75 million scheme to fight it.

In a statement, the Brussels-based EU executive said it would work to “reduce from future variants”.

But eurocrats singled out Britain’s mutant strain, which first emerged in south-east England, as a potential risk to the bloc.

The Commission said: “A number of variants of coronavirus are already causing great concern as they are more transmissible and spreading rapidly across Europe.

“According to the European Centre for Disease prevention, the B.1.1.7 variant first reported in Britain appears to be on course to become dominant over the previous strains in the EU.”