Home » Politics » Exclusive: Ahead of 2020 election, a 'Blue Wave' is rising in the cities, polling analysis shows

NEW YORK (Reuters) – As Republican President Donald Trump seeks a second term in November, Americans’ interest in voting is growing faster in large cities dominated by Democrats than in conservative rural areas, according to an analysis of Reuters/Ipsos national opinion polls. 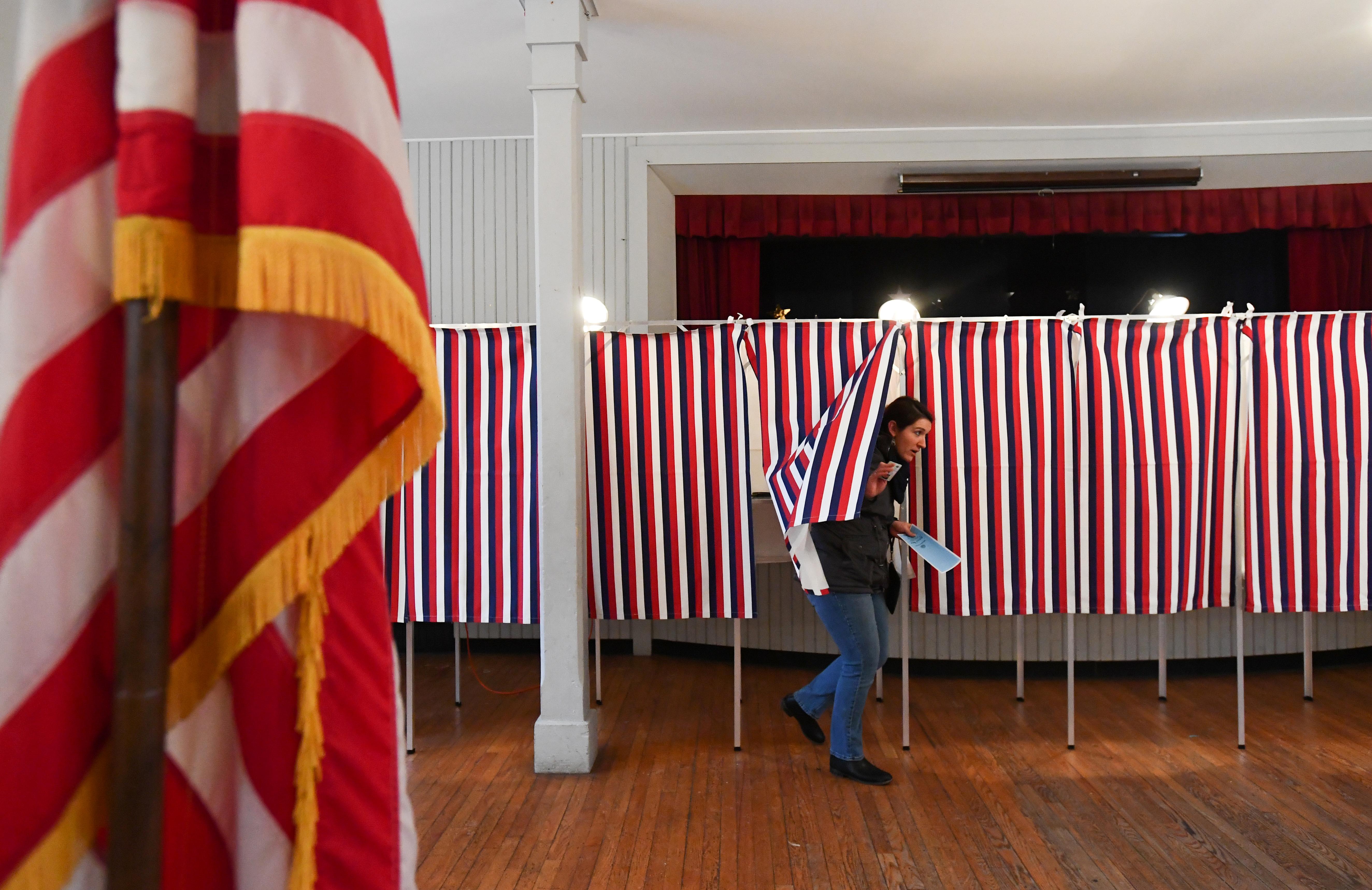 If the trend lasts until Election Day on Nov. 3, it would be a reversal from the 2016 election when rural turnout outpaced voting in urban areas, helping Trump narrowly win the White House.

Even as Trump commands rock-solid support among Republicans, voters’ interest in going to the polls appears to be growing faster among those who disapprove of Trump than among those who approve of him, according to experts who reviewed the data.

The advantage in urban political engagement extends deep into the most competitive battleground states that Trump won by razor-thin margins four years ago, the data shows.

In large urban areas of the upper Midwest, a region that includes swing states Michigan and Wisconsin, for example, the number of people who said they were “certain” to vote in the upcoming presidential election rose by 10 percentage points to 67% compared with survey responses from 2015.

In smaller upper Midwest communities, the number of people similarly dedicated to voting rose by only about 1 point to 60% in that same four-year period.

Overall, the number of “certain” voters rose by 7 percentage points nationally from 2015 to 2019. It increased by more than that in the largest metropolitan areas, rising by 9 points in communities with between 1 million and 5 million people and 8 points in metros with at least 5 million people.

Smaller and rural communities lagged behind. The number of “certain” voters rose by 5 points in sparsely populated, Republican-dominated “non-metro” areas.

MOMENTUM ON BOTH SIDES?

It may have also contributed to elevated voting levels in some of the more heavily populated communities and college towns in Iowa and New Hampshire, which held their presidential nominating contests earlier this month.

“Democrats are very angry,” said Nicholas Valentino, a political scientist at the University of Michigan, who reviewed some of the poll findings for Reuters.

“Many see this administration as an existential threat to the constitutional order. They’re standing ready to participate to try to change the course of this country.”

To be sure, a lot can happen this year to change the public’s interest in voting.

“Republicans are fired up as well” after the Democratic-led House of Representatives tried to remove Trump through impeachment, said Bryon Allen, chief research officer at WPA Intelligence, a conservative political consulting firm that works with dozens of Republican congressional candidates.

In last week’s New Hampshire Republican primary, 151,011 people showed up to support Trump even though he had no significant competition, a turnout that easily surpassed the number who participated in previous primaries when former Presidents Barack Obama, George W. Bush and Bill Clinton sought re-election.

While voting has been higher this year in Democratic presidential nominating contests in Iowa and New Hampshire, experts say at least some of that is due to population growth.

Michael McDonald, a University of Florida political scientist who studies voter turnout, said a lot of Democrats also may be sitting out the primaries “because they don’t see a lot of distinction between these candidates.”

When Trump gets on the ballot in November, McDonald said: “There will be much sharper interest in voting.”

By Election Day, McDonald expects as many as two-thirds of the voting-age population may cast ballots, a record level of participation for a U.S. presidential election.

That would be up from 60.1% turnout among eligible voters in 2016, and it would surpass a generational high point of 63.8% turnout recorded in 1960, according to McDonald’s U.S. Elections Project.

Mary Lou Seamon, 67, of Knoxville, Tennessee, will be one of millions who expect to take part after sitting out the last election. The retired social services worker said none of the candidates, especially Democratic presidential nominee Hillary Clinton, excited her four years ago.

Seamon admired Trump, at least initially, for his experience as a businessman. But her opinions soured once Trump took office and she became determined to vote him out around the time Trump attacked former Senator John McCain after the death of the former war hero in 2018.

On Election Day, Seamon will vote for any Democrat, no matter who wins the nomination.

“I just want to beat Trump.”

The Reuters/Ipsos poll, which is conducted online and administered throughout the United States, started asking American adults in 2012 to rate their overall level of interest in voting in upcoming general elections.

Using the zip codes provided by the respondents, Ipsos split the survey by the population size of the community that people lived in. Both regionally and nationally, the analysis showed, political engagement increased the most from 2015 to 2019 in large urban areas and the least in non-metropolitan areas.

It was the same when grouping just those states where the margin of victory is expected be closest this year.

In a “battleground” region that included Florida, Wisconsin, Michigan, Pennsylvania, North Carolina, Arizona and Colorado, the number of “certain” voters rose by 9 percentage points in large metropolitan areas that have a population of at least 5 million, and 8 points in areas with 1 to 5 million, while it rose by 4 points in smaller, non-metros.

Here are the results across different regions of the United States.

Among those living in the Upper Midwest, a region that includes Illinois, Indiana, Michigan, Minnesota, Ohio and Wisconsin, the poll found a jump in political engagement in some of the same urban areas where Democrats fell short in 2016.

In comparison, 63% of those who lived in smaller communities of less than 1 million rated themselves as similarly certain to vote, which is up 2 points from 2015.

Trump won Michigan and Wisconsin by less than 40,000 votes combined, in part because of depressed turnout in Wayne County, Michigan, and Milwaukee, the largest city in Wisconsin.

In the Southeast, voter engagement is surging in large metros like Miami-Dade in South Florida and Atlanta where Democrats outnumber Republicans by double-digit margins.

The poll found that 65% of residents in the Phoenix, Denver, Salt Lake City and other big Southwestern metro areas planned to vote in the upcoming election. That is up by 9 percentage points from 2015. Political engagement rose by nearly the same amount – 8 points – in smaller metros, but it was unchanged in rural areas of the Southwest.

The presidential race may be especially competitive this year in Arizona and Colorado. Trump is expected to win Utah, and New Mexico is considered a reliably safe state for Democrats.