Home » Politics » ‘Give them a big, fat ZERO!’ Boris urged to give NOTHING away to EU in Brexit trade talks

A massive 12,708 respondents said if faced with a choice of Britain having to face trade-offs in a future UK-EU agreement they would give nothing away at all. This is compared to seven percent who said they would hand back the Elgin Marbles, which is 888 readers. Up to 200 people said they would give the EU access to British fishing waters, which was one percent.

Finally, 197 people said they would give Spain Gibraltar, which is British-owned overseas territory.

This amounted to one percent of participants.

Comments widely reflected the result of the poll.

One said: “They can have Tony Blair if they really want him.” 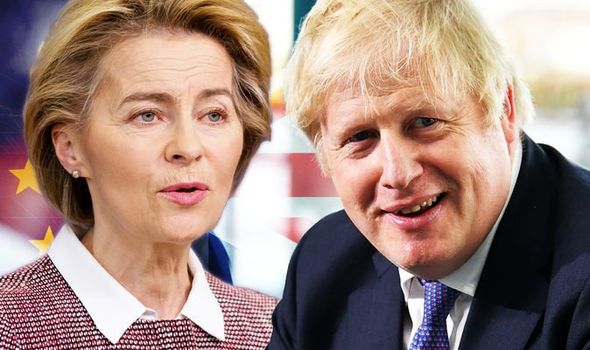 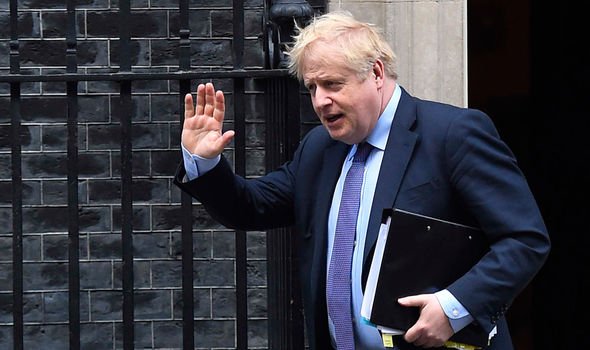 Another added: “Free trade deal means they keep dumping their stuff on us, we are better off without it.”

A third added: “I wouldn’t give them the time of day!”

A fourth added: “Give them a smile and view of our backs as we walk away.”

A fifth said: “Give them Bercow and Blair on a no return policy!!!”

Another added: “What would I give them? A great big fat ZERO. Zilch, nada, nowt.” 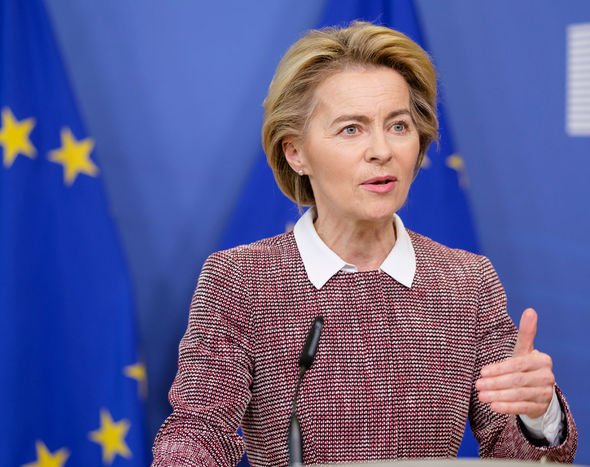 Another said: “Give them nothing. They’ve negotiated in bad faith throughout. Wipe the smirks from their faces, and wipe the floor with them.”

In the lead up to the talks, the EU has claimed Britain must allow foreign vessels into UK waters post-Brexit.

Under the maligned Commons Fisheries Policy, all members of the EU are allowed equal access to the European Economic Zone.

Some in the UK, however, have claimed the policy is unequal due to the rich fishing waters around Great Britain.

The UK Government also intends to replicate a similar fishing deal to that of Norway whereby annual talks are held to establish fishing quotas. 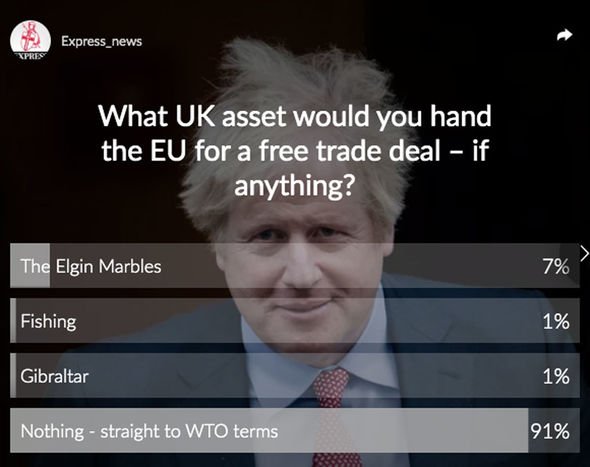 In an indication Mr Johnson will attempt to secure British fishing rights, the UK’s top Brexit negotiator, David Frost said this week the UK will “set laws that suit us”.

Mr Frost said: “It is central to our vision that we must have the ability to set laws that suit us.”

This week, it emerged the EU will attempt to return the Elgin Marbles to Greece as part of a free trade deal.

A draft negotiating mandate circulated among European governments has stated a hardened stance on “cultural objects”.

In a drafted text of the agreement, it stated: “The parties should address issues relating to the return or restitution of unlawfully removed cultural objects to their country of origin.”

Greece has demanded the clause be included and insists they were stolen by British diplomat, Lord Thomas Bruce Elgin from the Parthenon temple over 200 years ago.

One EU ambassador told The Times: “It is a measure of how Brexit has changed the game that the Greeks feel able to use the trade talks to pursue the Elgin Marbles.”