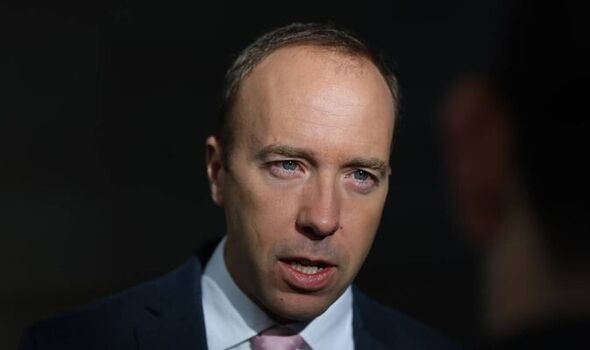 The former health secretary in an extract of his diaries insisted that the decision to let elderly people back into residential care without being tested did not lead to the vast majority of deaths in care homes, blaming “unscrupulous” care home bosses who had allowed infected care workers to move between homes.

He also said the former NHS chief executive, Sir Simon Stevens insisted care home residents should be discharged from hospital even though they could not be tested for Covid.

Professor Martin Green OBE, chief executive of Care England, said Mr Hancock’s claims were “outrageous” and that he was deflecting blame from himself.

He said: “It is outrageous that Matt Hancock should try to blame care home staff for the transmission of the virus and not accept his own responsibility when he was Secretary of State.

“It seems that Matt Hancock is quite happy to blame everybody, including the NHS Chief Executive, rather than take any responsibility himself.

“What we need is a forensic analysis of decision-making, so that we can have a better outcome in any future pandemic, and it is disappointing politicians are obsessed with their own image rather than thinking about how to improve things for the future.”

Professor Carl Heneghan, Director of Centre for Evidence based Medicine at Oxford University, said that he saw there was “no PPE” when he was working in care homes as hospitals were prioritised during the early stages of the pandemic and warned: “The cause of outbreaks in care homes in early 2020 is complex and using staff without testing had an effect.

“But you cannot find reverse causality with infections – you cannot know whether the staff infected residents or residents infected staff because older people have weakened immune systems and take a long time to mount a response so they may be pre-symptomatic for a long time. Once an infection gets into a home it is hard to eradicate.”

He added: “What we are seeing now is people deflecting blame and this means we will not learn how to act differently next time.

“People died of covid but they also died of neglect, and of dehydration which is appalling. We have to admit these mistakes so we can rebuild a care sector that we are proud of and one which we would be happy to put a grandparent or parent into.”

Former pensions minister Baroness Ros Altman said: “ I’m afraid this just won’t wash. Covid has an incubation period so how would infected staff know they had Covid until they actually became symptomatic by which time it was too late to stop them infecting others.

“A care home is not a hospital. They didn’t have the strict isolation procedures, PPE and other infection control equipment as a hospital setting.

Releasing infected patients back into an environment full of the most vulnerable people, for whom Covid was most deadly, was unforgivable and irresponsible in my view. This should never have happened and lessons for the future must be learned.”

One large care home provider in the south of England said: “At the beginning of the pandemic care home owners were strong-armed by Public Health England and local hospitals to take in untested hospital patients every day.

“In addition we have a significant shortage of staff and so need to rely on agency workers who may have been infected and moving between homes to provide safe care which is a legal duty. This is the structural reality and it was the job of the government to mitigate these problems.”

Julia Jones, co-founder of the John’s Campaign, which fought for relatives and loved ones to be allowed to visit care home residents during the pandemic, said while “pointing the finger” at staff may have been true in many cases it was unfair because they were forced to work in an under-resourced industry.

“They [the government] banned other professions from coming in such as GPs, nurses and the Care Quality Commission.”

“Many loved ones were desperate to go and help and imposing these bans made it impossible for staff not to go in. Matt Hancock fails to look at the context.”

Nicci Gerrard also co-founder of the John’s Campaign added: “If Matt Hancock had that evidence, why did he keep relatives out? No one wants to take the blame and I would feel so much better about this if people said we made mistakes and we can learn from them.”

Judy Downey, former chair of the Relatives and Residents Association, which represents residents and their loved ones, said: “I would like to see Matt Hancock’s figures. Where are they? If Matt Hancock had this crucial information, why didn’t he immediately publish it and invest in ensuring care workers were paid adequate sick leave?

“There were all manner of disturbing practices during the pandemic. Infected care home residents were sent to hospital with Covid, and sent from hospital to care homes with Covid.

“Too many care staff did not have adequate or any PPE and a large proportion had derisory sick pay. What would you choose – feeding your children or going to work with a cough? The catastrophic number of deaths in care was a direct result of poor government planning and confused management, not helped by an under-resourced care sector.”

Mr Hancock, who was stripped of the Conservative whip for appearing on I’m a Celebrity last month, also claimed he was warned a “very large number of people will die” from Covid more than two months before Britain went into lockdown.

UK, and that 11 days later chief medical officer Sir Chris Whitty privately warned the virus could kill as many as 820,000 people across the country in a “reasonable worst-case scenario”.

The former minister also said he was “deeply in love” when he broke social distancing rules with his former aide and now girlfriend Gina Coladangelo, describing their relationship as an “affaire de coeur”.