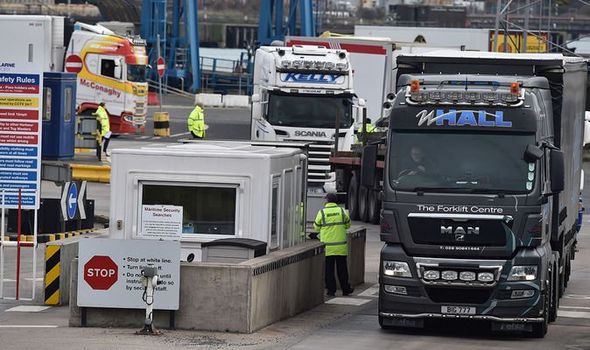 The leaders of the DUP, the Ulster Unionist Party and the Traditional Unionist Voice will appear on the same platform in a direct appeal to the Tory grassroots. They will be joined by Nobel Peace Prize winner and former first minister Lord Trimble, as well as former Labour MP Baroness Hoey.

The move comes just days after former Tory leader Iain Duncan Smith urged Boris Johnson to “bite the bullet” and unilaterally suspend the protocol “before it is too late”.

The protocol avoided the need for customs checks along the Irish border by requiring Northern Ireland to apply the rules of the EU single market at its ports. Its implementation has triggered deep frustration among unionists who have denounced the “Irish sea border”.

The prime minister last week said it was “crazy to have cancer drugs which you can’t move from one part of the UK to another” but argued the protocol could “in principle work” if it was “fixed”.

“And, if the protocol is still in place come the next election, I want to see this united opposition combining to win a majority of votes and seats in the Assembly.”

Jim Allister, who leads the Traditional Unionist Voice, warned that the union of the UK is “being dismantled before our eyes”.

He said: “The goal of the protocol is to prise us apart from Great Britain and build an all-Ireland economy, knowing it is a short step from economic union to political union…

“Northern Ireland hasn’t got Brexit. Alone, we have been left in a foreign single market for goods and under a foreign customs code ruled by foreign laws which we do not make and cannot change…

“This represents a transfer of sovereignty without consent and fundamentally changes the constitutional status of Northern Ireland.”

Baroness Hoey said the united front of unionist leaders at the Tory conference “should send a really strong message to the Conservative leadership”.

She said: “We’re stronger than ever; we’re more united than ever and we want to see some results soon… The only reason nothing has happened is because the Irish government and the European Union have seen this as an opportunity to try to get the whole of the United Kingdom under EU rules…

“And that’s not going to happen, so now the Irish government and the EU have to recognise that they have to be sensible about this.”