He also told Downing Street staff yesterday that his ambition to change the country for the better was “absolutely undimmed” as he refreshes his Government following the departure of his adviser Dominic Cummings. Mr Johnson will work from home until the middle of next week following a meeting with backbencher Lee Anderson in Downing Street last Thursday. The Ashfield MP later tested positive after developing symptoms. 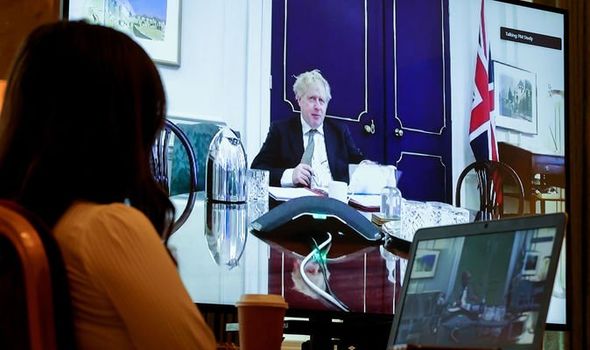 The PM will make history tomorrow by taking part in Prime Minister’s Questions by video to the Commons.

He is understood to be working in his usual Downing Street office while gaining access to his flat through the garden to avoid contact with staff.

In his video message, the PM said: “Hi folks, the good news is that NHS Test and Trace is working evermore efficiently.

“But the bad news is that they’ve pinged me and I’ve got to self-isolate because someone I was in contact with a few days ago has developed Covid. 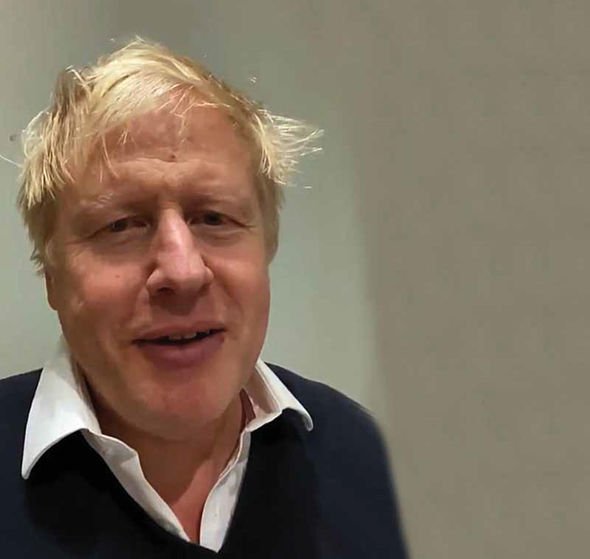 “And actually it doesn’t matter that I’ve had the disease and I’m bursting with antibodies.

“We’ve got to interrupt the spread of the disease and one of the ways we can do that now is by self-isolating for 14 days when contacted by Test and Trace.”

Mr Johnson spent three days in intensive care in the spring with coronavirus.

Officials yesterday said he had not tested positive again but was self-isolating in line with government guidelines.

Mr Johnson last night promised the Northern Research Group of Tory backbenchers that the North will be central to economic recovery following Covid.

During the hour-long call he thanked the group which “will be central to what we want to achieve and to our agenda to unite and level up the whole country”.

The MPs said: “The Prime Minister’s enthusiasm to meet with the NRG, despite being in self-isolation, demonstrates his determination to ensure the North is at the heart of this Government’s agenda.”