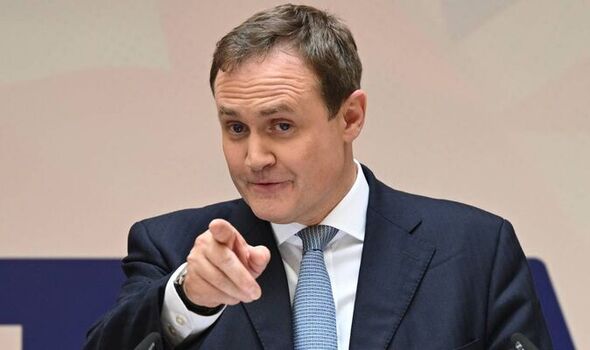 The senior Tory backbencher won only 32 votes in yesterday’s second knockout round, five fewer than the 37 he scored in the first round a day earlier.

But after the latest poll today, he tweeted: “The campaign for a clean start continues.

“Thank you to all my friends and colleagues who have pledged their support.

“We need trust back in our politics. I will be putting my vision for Britain forward to the public at the TV debates next week.”

A spokesman for his campaign said: “Tom is in it to win it.

“He can’t wait to set out his positive vision for Britain and offer the party, and more importantly the country, the clean start we need.”

Mr Tugendhat also confirmed he will attend a series of television debates between the candidates this weekend.

“I will be attending all three televised debates,” he said.

“Candidates and our ideas should be scrutinised. I look forward to the debates and the contest ahead.”

Before today’s vote, the Commons Foreign Affairs Committee chairman and former Army officer indicated he would “not quit” the race unless knocked out.

“I offered to serve, and that’s what I’ll do, and it’s up to others to decide whether or not they they wish to have me.

Speaking at a news conference in Westminster, he said he felt “like a prom queen” because of the way he was being wooed by rival candidates.

Asked why he was staying in the race, the MP said: “Where will this go? I don’t know, I can’t tell you.