Sanders, a senator from Vermont who has made the issue a centerpiece of his campaign, faces a test of his front-runner status in the Democratic White House race in Nevada. The early entrance polls showed six in 10 Nevada voters at the caucuses backed the proposal, a version of which is also backed by Senator Elizabeth Warren.

The polls also showed nearly nine of 10 caucus-goers made their choice for president in the last few days before voting, and six of 10 want someone who can beat President Donald Trump more than someone who agrees with them on major issues.

The Nevada caucuses came a day after the news broke that Sanders had been briefed by U.S. officials that Russia was trying to help his campaign as part of an effort to interfere with the Democratic nominating contest.

Trump tweeted on Saturday that he expected to win in Nevada in the general election in November, and alluded to the reports that a Russian disinformation effort was supporting Sanders.

Sanders, a self-identified democratic socialist, has surged to the top of opinion polls nationally and in Nevada after strong performances in the first two nominating contests in Iowa and New Hampshire earlier this month.

“And what I say to Mr. Putin, if elected president, trust me you are not going to be interfering in American elections,” Sanders told reporters on Friday in California.

After days of delay and mistrust caused by a technical meltdown during the Iowa caucuses, Nevada Democratic Party officials said in a memo to campaigns on Friday that a telephone hotline many volunteers “were already familiar with” would be the main method of reporting precinct caucus results, not digital tools.

Precinct chairs will also text a photo of their caucus reporting sheet as part of efforts to strengthen the processes. The party said it understood “just how important it is that we get this right and protect the integrity of Nevadans’ votes.”

While Sanders’ rivals will try to blunt his momentum in the caucuses, they each face significant challenges of their own.

On Friday evening, Sanders spoke to about 2,000 people in Las Vegas, revving up the crowd with vows to take on “the corporate elite” and the “whole damn 1%”.

He said both the Republican and Democratic establishments were getting nervous, wondering how they could stop his campaign, to which supporters cried: “You can’t!” 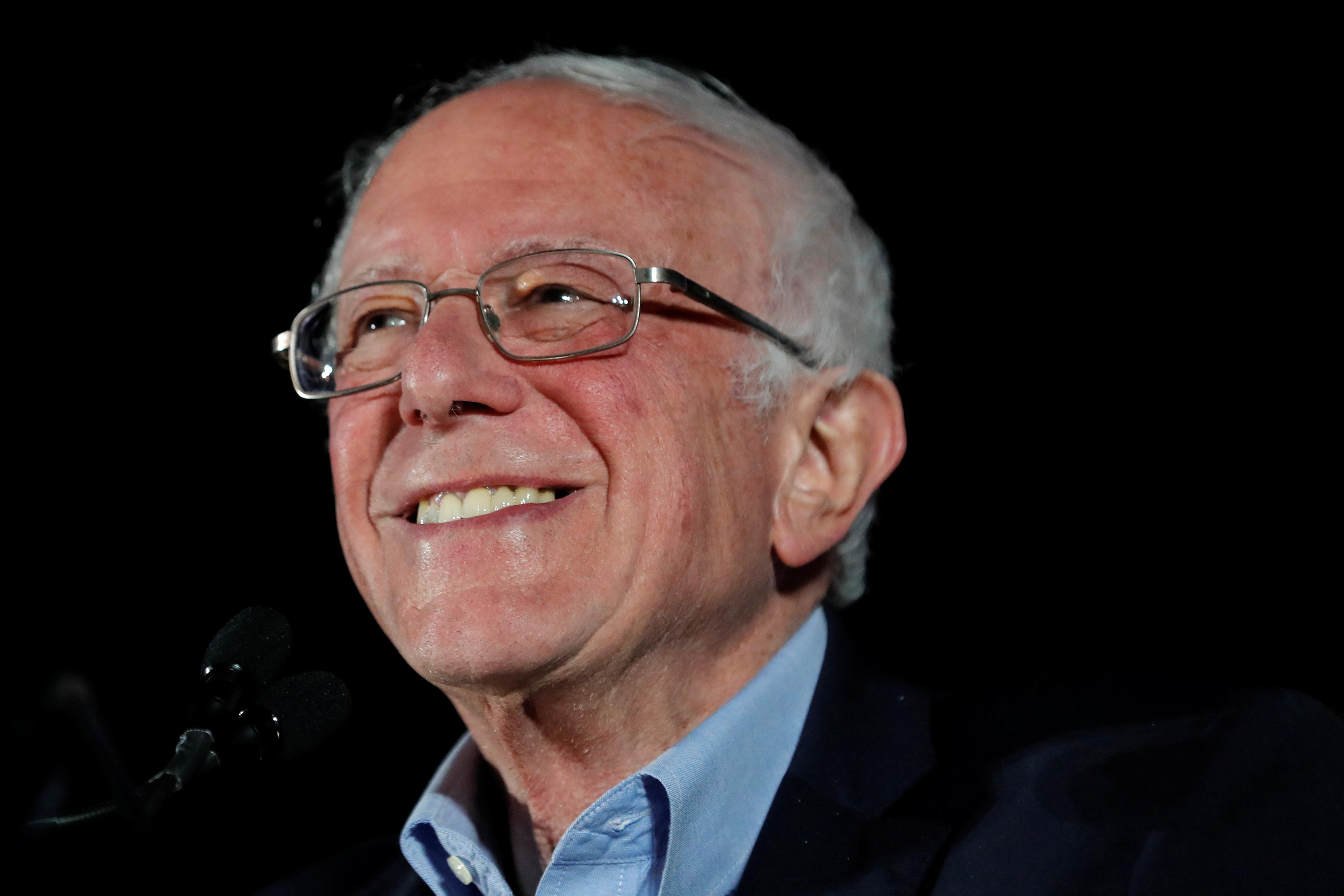 Voters will turn up at more than 250 sites around Nevada to take part in the caucuses.

Four days of early voting in Nevada this week drew more than 75,000 Democrats, more than half first-time voters, putting the party in position to surpass the turnout record of 118,000 in 2008, when Barack Obama’s candidacy electrified the party.

At a Democratic debate in Nevada on Wednesday, candidates launched scathing attacks on Michael Bloomberg, the billionaire former mayor of New York City, who has been rising in the polls on the back of a self-funded advertising blitz but is not competing in Nevada.

Warren’s campaign said on Saturday it had raised $14 million ahead of the caucuses, double a target it set after a lackluster performance in New Hampshire, and fueled by donations following her fiery debate barrage aimed at Bloomberg.

The next primary will be Feb. 29 in South Carolina, followed by the Super Tuesday contests in 14 states on March 3 that pick more than one-third of the pledged delegates who will help select a Democratic nominee.

Trump, who narrowly lost Nevada to Democrat Hillary Clinton in the 2016 presidential election, visited Las Vegas on Friday and predicted another round of Iowa-style chaos for the Democrats at the caucuses.

Nevada is the first nominating state with a diverse population after contests in predominantly white Iowa and New Hampshire. More than four of every 10 voters in the Nevada Democratic caucuses in 2016 were non-white, according to entrance polls.

Sanders has led national polls among Hispanics, who represented about one-fifth of the Democratic electorate in the 2016 Nevada caucus. He has led the last five opinion polls in the state.

Klobuchar and Buttigieg lag in support among non-white voters, who are a core part of the Democratic electorate and typically a significant factor in primary battles.

Buttigieg’s campaigning on Friday included meetings with Native American tribal leaders to discuss protections for public lands and the environment.

Biden is counting on a robust showing next week in South Carolina, where he has enjoyed strong support among the state’s sizable bloc of African-Americans, although Sanders has pulled even with him among black voters in some recent polls. 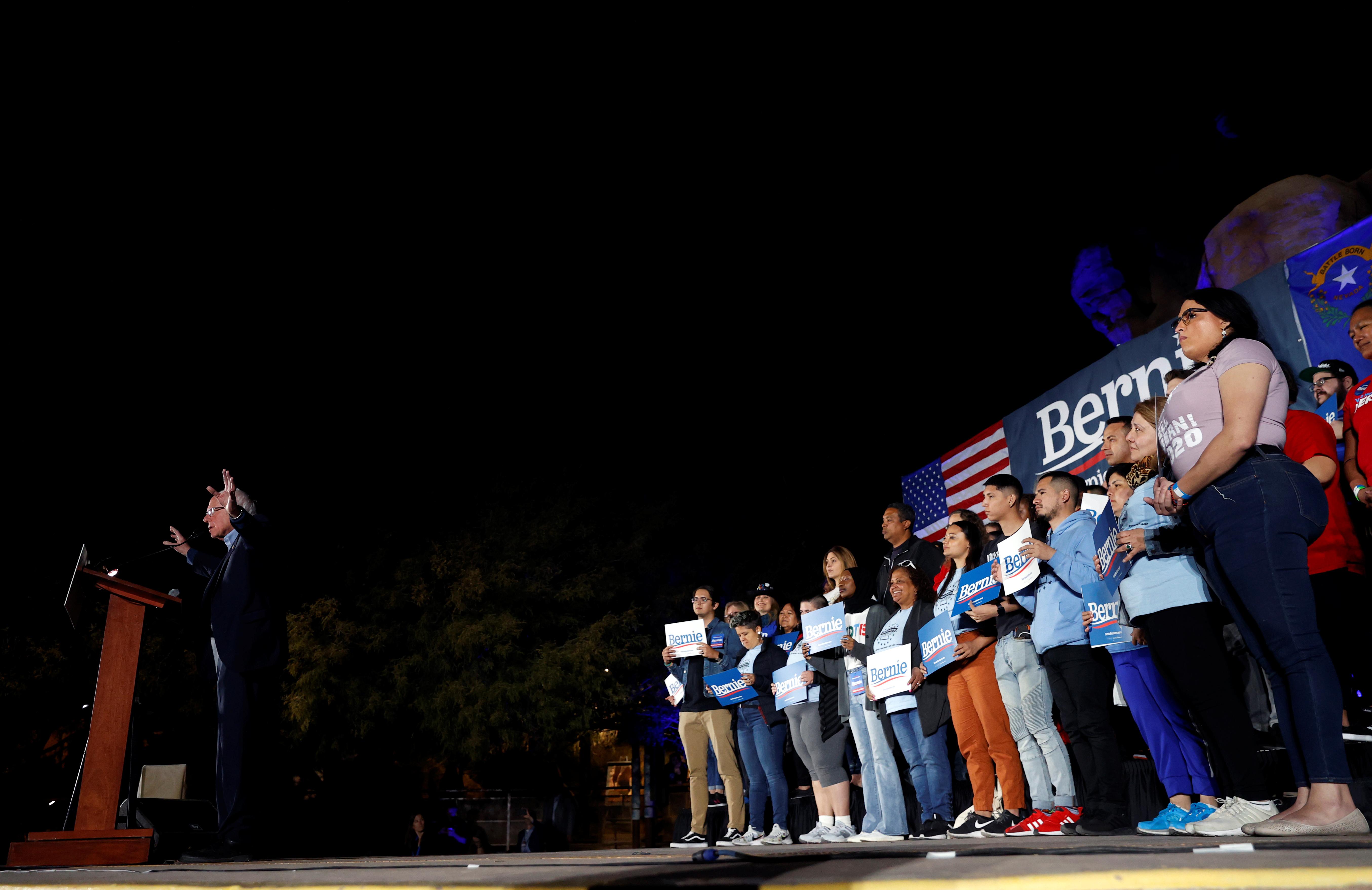 Annette Irving, a retired African-American nurse and administrator, said she was set to caucus for the first time for Biden at Coronado High School in Henderson.

“At this point he’s probably the best to beat Donald Trump in that he has the experience of being in the White House before,” she said.