Even as the president was telling the public that Kabul was unlikely to fall, intelligence assessments painted a grimmer picture. 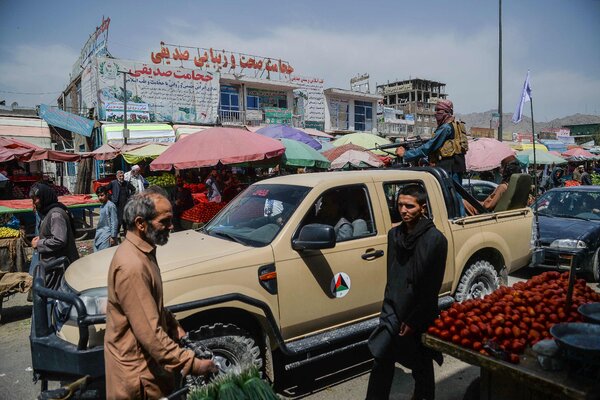 WASHINGTON — Classified assessments by American spy agencies over the summer painted an increasingly grim picture of the prospect of a Taliban takeover of Afghanistan and warned of the rapid collapse of the Afghan military, even as President Biden and his advisers said publicly that was unlikely to happen as quickly, according to current and former American government officials.

By July, many intelligence reports grew more pessimistic, questioning whether any Afghan security forces would muster serious resistance and whether the government could hold on in Kabul, the capital. President Biden said on July 8 that the Afghan government was unlikely to fall and that there would be no chaotic evacuations of Americans similar to the end of the Vietnam War.

The drumbeat of warnings over the summer raise questions about why Biden administration officials, and military planners in Afghanistan, seemed ill-prepared to deal with the Taliban’s final push into Kabul, including a failure to ensure security at the main airport and rushing thousands more troops back to the country to protect the United States’ final exit.

One report in July — as dozens of Afghan districts were falling and Taliban fighters were laying siege to several major cities — laid out the growing risks to Kabul, noting that the Afghan government was unprepared for a Taliban assault, according to a person familiar with the intelligence.

Intelligence agencies predicted that should the Taliban seize cities, a cascading collapse could happen rapidly and the Afghan security forces were at high risk of falling apart. It is unclear whether other reports during this period presented a more optimistic picture about the ability of the Afghan military and the government in Kabul to withstand the insurgents.

A historical analysis provided to Congress concluded that the Taliban had learned lessons from their takeover of the country in the 1990s. This time, the report said, the militant group would first secure border crossings, commandeer provincial capitals and seize swaths of the country’s north before moving in on Kabul, a prediction that proved accurate.

But key American decisions were made long before July, when the consensus among intelligence agencies was that the Afghan government could hang on for as long as two years, which would have left ample time for an orderly exit. On April 27, when the State Department ordered the departure of nonessential personnel from the embassy in Kabul, the overall intelligence assessment was still that a Taliban takeover was at least 18 months away, according to administration officials.

One senior administration official, who spoke on the condition of anonymity to discuss the classified intelligence reports, said that even by July, as the situation grew more volatile, intelligence agencies never offered a clear prediction of an imminent Taliban takeover. The official said their assessments were also not given a “high confidence” judgment, the agencies’ highest level of certainty.

As late as a week before Kabul’s fall, the overall intelligence analysis was that a Taliban takeover was not yet inevitable, the official said.