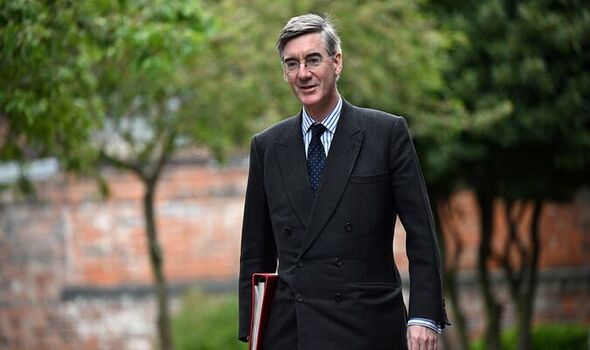 The Brexit Opportunities Minister claimed the bloc wanted to punish Britain over Brexit as the row over Irish border checks rumbles on. Mr Rees-Mogg said: “I think it wants to make the UK feel bad about having left the European Union and that underpins its whole policy, and it doesn’t really mind about the consequences of that.

“And we just have to get on with life and recognise that we have left.

“We have to make our own way. We are an independent country, and what the EU wants and thinks is secondary.

“And you have to say to the European Union, does it really want to punish its consumers at a time of rising inflation?

“And inflation in a lot of the EU countries is higher than it is in the UK.”

Tensions over the Northern Ireland Protocol are reaching fever pitch.

Both Boris Johnson and Foreign Secretary Liz Truss have suggested key parts of the protocol could be ripped up in the coming days.

But European leaders have warned the UK not to make a move, with fears it could provoke a trade war. Unionist politicians in

Northern Ireland are opposed to the protocol – part of the UK-EU Brexit deal – because it keeps the region aligned with the EU single market for goods.

Former Brexit negotiator Lord Frost said he was not convinced by the EU’s threat of a trade war with the UK if the protocol is ditched. And he insisted national unity took precedent over EU wishes.

Lord Frost added: “We’ve got to find another way forward. I’m not convinced everybody in the EU will be really up for a trade war.”

The former minister said a new agreement with the EU over customs arrangements for Northern Ireland was now needed.