Canadian Prime Minister Justin Trudeau has been criticised after he was spotted singing Bohemian Rhapsody by Queen on the weekend before Queen Elizabeth II’s funeral.

Mr Trudeau, a former drama teacher, was one of the guests of honour at Queen Elizabeth II’s state funeral today and stayed in one of London’s top hotels not far from the service along the Embankment.

He was videoed relaxing in the foyer singing the Bohemian Rhapsody hit by the group Queen dressed in a maroon T-shirt. In the clip, Mr Trudeau sings the famous lines “easy come, easy go, little high, little low” from the song.

But the rendition of a Queen song saw some stinging criticism of the Canadian Prime Minister.

Nile Gardiner, from the Margaret Thatcher Center at the Heritage Foundation in Washington DC, tweeted: “Justin Trudeau is an embarrassment to Canada. Show some dignity and respect.” 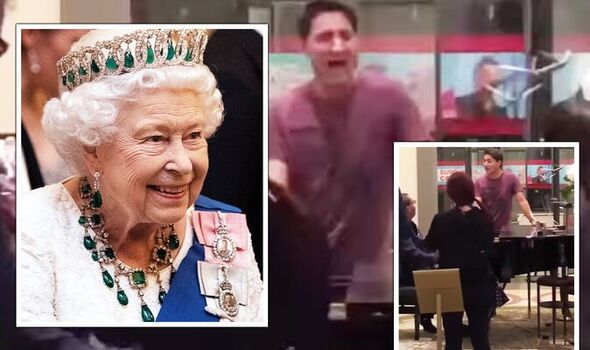 Afterwards, he said: “I have had the particular privilege of having known Her Majesty for about 45 years now. And I can tell you that in my conversations with her this morning, she’s insightful and perspicacious as ever, very interested in what’s going on, asking all sorts of questions about Canada. We had a really useful — for me anyway — conversation about world events as we always do.”

Her late Majesty was also known to be close to the Trudeau family, once dropping in to 24 Sussex Drive, his official residence, for an informal visit to meet the Trudeaus.

Mr Trudeau also met with the Queen in June last year for the G7 in Cornwall with other leaders from the world’s biggest economies.

On hearing of Queen Elizabeth’s death, a visibly saddened Mr Trudeau said: “I’m having trouble believing my last sit-down with her was my last. She was one of my favourite people in the world.”