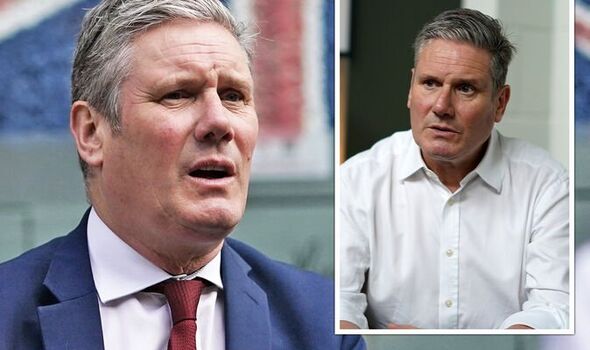 The Labour leader has been hit by a probe by the independent Parliamentary Commissioner for Standards Kathryn Stone.

An update on the Parliament Standards website reveals a formal review on two fronts was launched on June 8.

The first matter under investigation is stated as: “Registration of interests under Category 1 of the Guide to the Rules (Employment and earnings).”

And the second: “Registration of interests under Category 3 of the Guide to the Rules (Gifts, benefits and hospitality from UK sources).”

Seeking to downplay the seriousness of the matter, Sir Keir this morning told reporters he had done nothing wrong.

During a visit to Wakefield in West Yorkshire, he said he was “absolutely confident there’s no problem here”.

The Labour leader told broadcasters the allegations were not a surprise, adding: “My office is dealing with it and will be replying in due course.”

Express.co.uk understands the investigation was triggered by the former leader being late in making a number of declarations.

Sir Keir has regularly touted that he would “clean up our politics” if in No10, repeatedly accusing Boris Johnson for “sleaze” in Government.

Last year when the Prime Minister was himself under investigation by Ms Stone over donations for the refurbishment of his Downing Street flat, Sir Keir attacked him for being “up to his neck” in shady behaviour.

He said last November: “When there was sleaze in the mid-1990s John Major rolled up his sleeves and he put in place the Nolan Committee on Standards in Public Life – so he was the Prime Minister who said ‘I will clear this up’.

“Boris Johnson is the Prime Minister who is leading his troops through the sewer – he’s up to his neck in this.”

The probe by Ms Stone comes while the Holborn and St Pancras MP remains under investigation by Durham Police for a separate incident over claims he broke lockdown rules in April 2021.