Sir Keir Starmer landed a stinging jibe at the SNP during PMQs after congratulating the England football team’s performance against Germany on Tuesday. The Leader of the Opposition echoes the praise of Prime Minister Boris Johnson for the England team following the 2-0 win at Wembley. Looking to the Three Lions’ next match on Saturday against Ukraine, Sir Keir took the opportunity to have a dig at SNP MPs over Scotland’s failure to progress in the tournament.

“Having been at Wembley for the Euro 96 semi-final and experience first hand the agony of that defeat yesterday’s result was truly incredible.

“And I know the whole house will which the team the very best of luck on Saturday.”

Turning to the SNP benches he added: “The WHOLE house will wish them the best of luck, I’m sure.”

JUST IN: Britons lash out at EU as trade plummets after Brexit 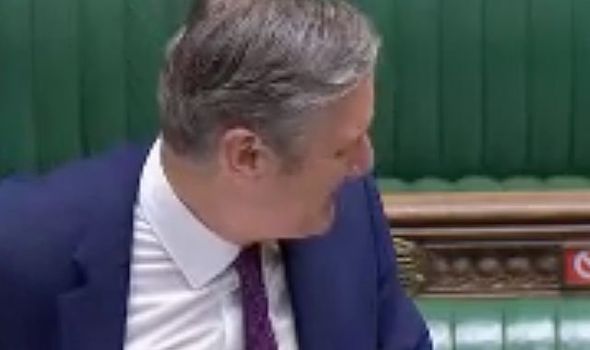 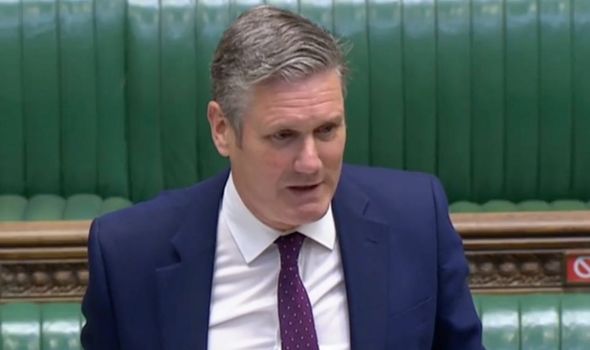 The jibe at the expense of the SNP came after England overcame Germany in a thrilling Euros 2020 clash.

Goals from Raheem Sterling and Harry Kane secured England’s first victory over Germany in a knockout game since 1966.

Boris Johnson kicked off his PMQs performance by paying tribute to the England team.

The Prime Minister said MPs were “hoping against hope that this time, football is coming home.”

The Scottish team failed to progress from the group stages of this year’s tournament after a draw against England earlier this month.

Mr Blackford said: “Can I congratulate England for their victory last night and of course wish them all the best in the tournament ahead.

“Of course, they’ve done well. They’ve won most of their matches with the exception of the game against Scotland where they failed to score a goal.”

Ban imports! Britons demand ‘immediate’ boycott of EU [INSIGHT]
You got the wrong man! Brits furious at Javid as Hancock’s replacement [DETAILS]
‘EU’s vintage!’ Boris warned not to be fooled by Brussels [DEVELOPMENT]