Braverman’s dream is ‘to be PM’ says caller

The new Prime Minister has come under pressure from Conservative backbenchers who are reportedly plotting to get Liz Truss out of office after the economic fallout she provoked with her mini-budget. After Ms Truss U-turned on plans to scrap the 45p tax rate, she is now facing a new wave of calls from senior Tory MPs threatening her with rebellion in the House of Commons. An LBC caller suggested Suella Braverman, who opposed her U-turn and back plans to scrap the rate, could throw her hat in the ring if Tory rebels mount a successful ousting of the Prime Minister.

The unnamed LBC caller said: “I think she [Suella Braverman] does have a dream. And her dream is to be the next Prime Minister.

“And I think the whole of that speech was all about a political opportunity.

“And it was a complete targeting of the Tory base. It was a calculation that Truss is not going to last very long, and that she will probably be in a potential run-off with someobody else following the last leadership election.

“And so, if look at that speech – I’ve only looked at bits of it – she talks about wokism. She talks about defunding the police.” 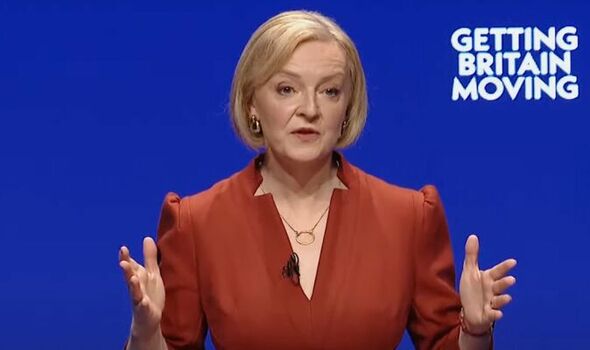 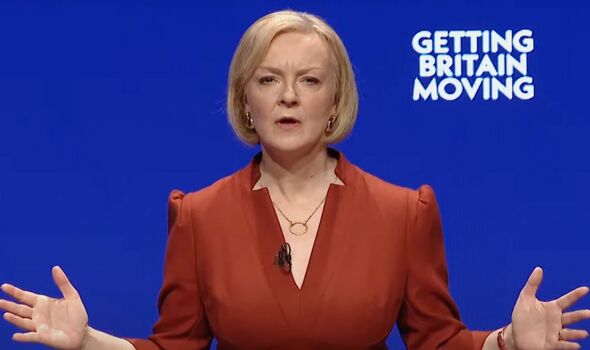 “And interesingly, I watched news late last night and it was 19 people who had voted Tory.

“And some of the reasons why people were still voting Tory is to with statues, wokism – and obviously, immigration and Rwanda.

Referring to the speech Suella Braverman gave at Tory conference, the LBC caller said: “That got the biggest clap that I’ve heard at the Tory conference that I heard in any of the clips.

“So, I think she’s following the same thing that what Truss did, what Boris did and what Gove tried to do.” 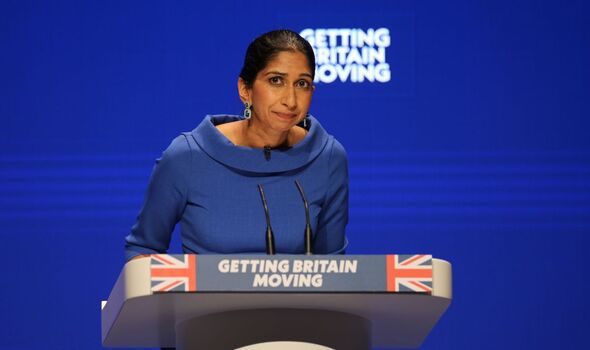 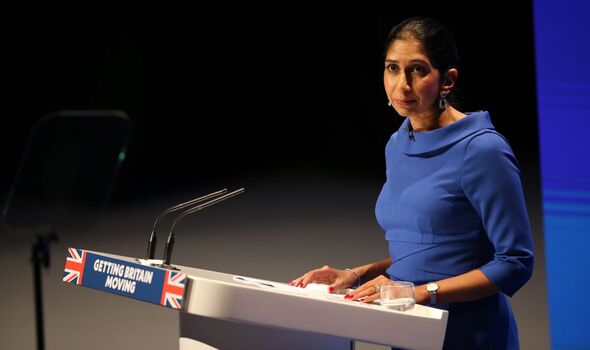 “It doesn’t matter what you really believe. Whether she really believes in it, I’m not sure. But her dream is to become the next prime Minister,” the caller concluded.

Home Secretary Suella Braverman was cheered by Tory members for her speech, with the audience standing in ovation for her on two occasions.

The first came as she attacked the “forces working against us” over addressing the migrant crisis in the Channel. The former attorney general accused “small boat-chasing law firms” of abusing the law.

The second standing ovation came as the Home Secretary concluded her speech, pledging: “It’s time to tackle the small boats – no ifs, no buts … I stand ready to deliver. The time is ours, the time is now.” 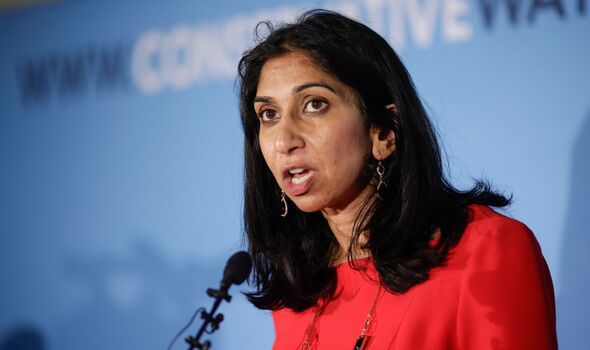 She also took aim at the European Convention of Human Rights for issuing last-minute injunctions preventing the first flights to Rwanda from taking off in June.

In an incendiary attack on “political correctness”, Ms Braverman referred to grooming scandals in Rochdale and Telford, saying: “The grooming gangs scandal is a stain on this country and it’s what happens when political correctness becomes more important than criminal justice.”

The home secretary pledged to put protesters from Just Stop Oil, Insulate Britain or Extinction Rebellion “behind bars” if they break the law, claiming that “the left are attacking our profound, elemental values, wanting to replace them with the poison of identity politics.”

Suella Braverman tried her luck in this summer’s Conservative leadership race but got knocked out in the second round of voting.