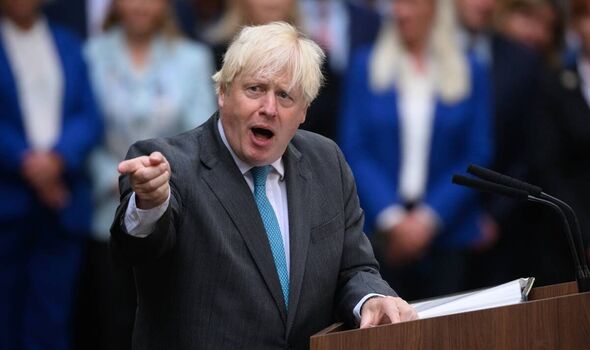 The ex-prime minister also said of the IRA: “Let them use the bomb and the bullet” as the British would “beat them eventually”.

Mr Johnson was talking on the phone to an Irish official in February 1996, four days after the IRA London Docklands bombing which killed two people and injured more than 100.

The official writes that Mr Johnson – then deputy editor of the Daily Telegraph – criticised then-Premier John Major’s response to the atrocity.

He notes in the now declassified archive document: “Implicit in Johnson’s argument was ‘let the nationalists go to hell’.

He claimed the IRA were in 1994 at the point of defeat [but I said] there is no security or military solution.

“This was not an argument he was prepared to accept.”

He says he “pointed out” that a “hard egg” approach suggested by Mr Johnson “can only lead to broken heads”, arguing it would not “minimise the chances of another act of violence”.