The Prime Minister is travelling north of the border today as the First Minister pushes for a second referendum, despite Scots rejecting independence just seven years ago in 2014. Mr Johnson will use the visit – which Ms Sturgeon has insisted is “not essential” – to stress the importance of the UK.

He will highlight four key points which will drive home the importance of the Union and the folly of independence.

First, the Prime Minister will argue the Union has been integral in administering the coronavirus vaccine.

The UK has secured early access to 367 million doses of seven of the most promising vaccines and was the first country to deploy the Pfizer and Oxford jabs.

So far, more than seven million people have received their first dose as Britain pushes ahead with its rollout. 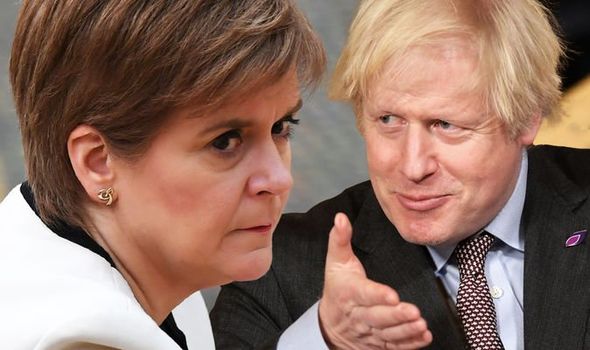 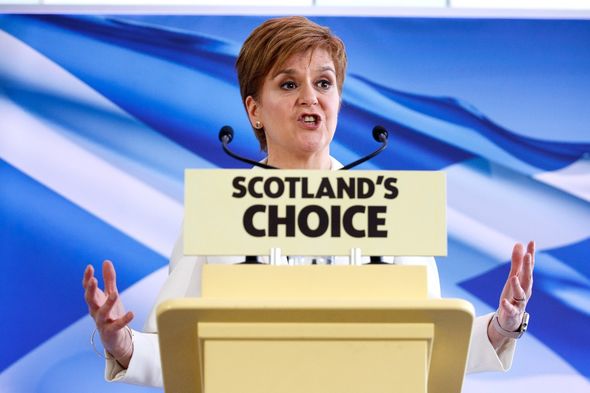 Mr Johnson will also highlight coronavirus testing as another benefit for Scotland of being in the Union.

The UK Government has delivered more than one million rapid lateral flow test kits to Scotland so far.

It is funding testing sites across the country – including seven drive-through centres, 27 walk-through sites and 21 mobile testing units, along with the Lighthouse Lab in Glasgow.

And money from Westminster has provided 62 percent of testing kits in Scotland. 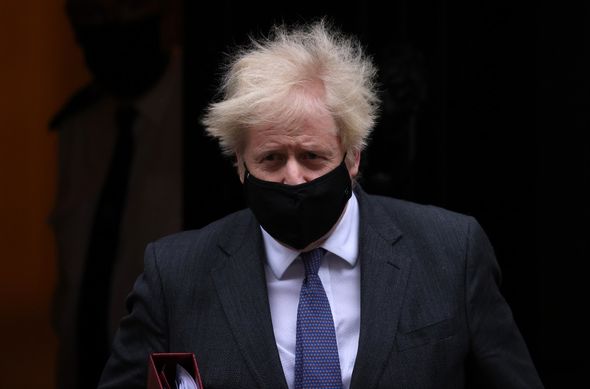 The Prime Minister will also argue economic support given north of the border during the pandemic is another benefit of remaining in the Union.

The UK Government has handed Scotland £8.6 billion to support public services and protected hundreds of thousands of jobs.

And Mr Johnson is also expected to point out how NHS England came to the rescue of the Scottish Ambulance Service last weekend.

NHS England handled a third of 999 calls at one point after the Scottish Ambulance Service feared they could be stretched to capacity. 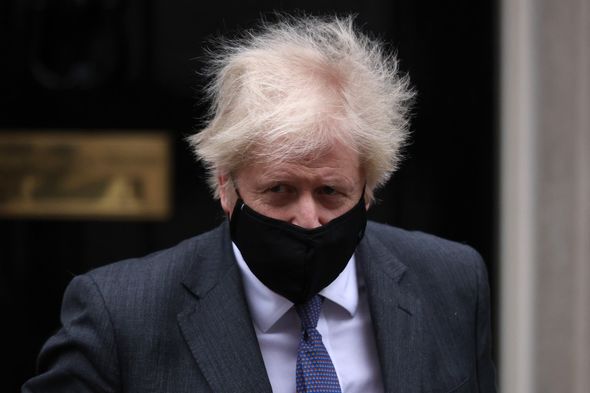 Speaking ahead of his visit to Scotland, the Prime Minister said: “The great benefits of co-operation across the whole of the UK have never been clearer than since the beginning of this pandemic.

“We have pulled together to defeat the virus, providing £8.6 billion to the Scottish Government to support public services whilst also protecting the jobs of more than 930,000 citizens in Scotland.

“We have a vaccine programme developed in labs in Oxford being administered across the United Kingdom by our armed forces, who are helping to establish 80 new vaccine centres across Scotland.

“That’s how we are delivering for the people of Scotland so we can ensure the strongest possible recovery from the virus. 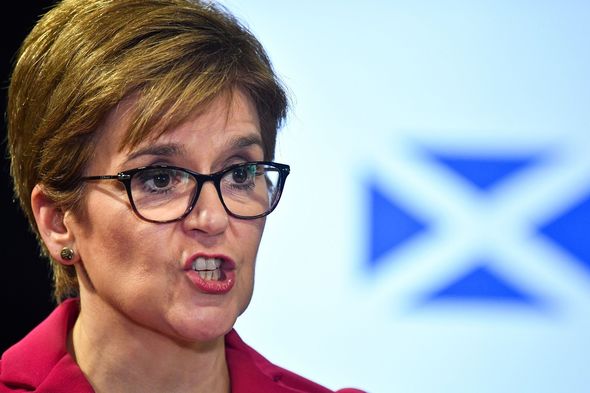 “Mutual co-operation across the UK throughout this pandemic is exactly what the people of Scotland expect and it is what I have been focused on.

“The people of the UK have stood together during this pandemic: from our doctors and nurses in our hospitals to our shop workers, scientists, lorry drivers and teachers – working together as one truly United Kingdom is the best way to build our Covid recovery.”

With perfect timing for the Prime Minister, the UK government today announced plans for a further 60 million vaccines to be processed at a site in Scotland.

UK investment will support 100 jobs at the site in West Lothian and massively boost the UK – and Scotland’s – Covid battle. 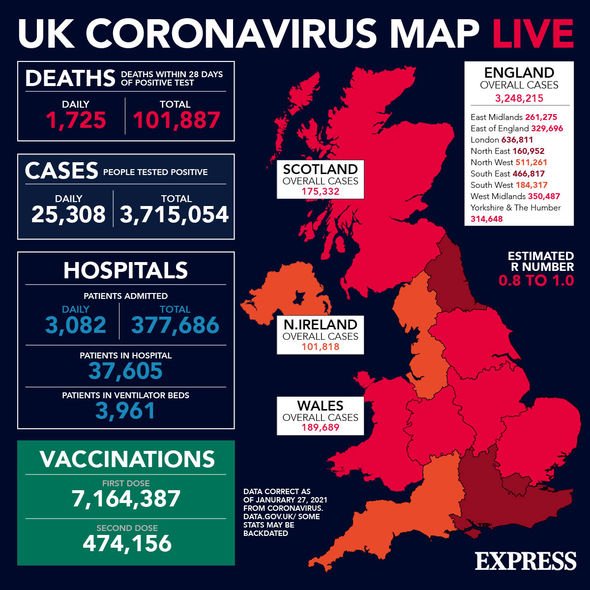 Business Secretary Kwasi Kwarteng said: “Thanks to the UK Vaccine Taskforce, we have ordered up to 60 million jabs of Valneva’s promising vaccine if it proves to be safe, effective and suitable in its clinical trials this year.

“By starting manufacturing, we will have a running start at rolling these out as quickly as possible to protect the British public if it receives regulatory approval.

“This facility in Scotland, backed by millions from the Government, will help us beat coronavirus and boost our resilience against future pandemics.”

Ms Sturgeon is insisting that if the SNP wins a majority at the Holyrood election, scheduled for May, that would be grounds for a fresh independence referendum.

The First Minister this week accused Mr Johnson of being “frightened of democracy” for refusing her demands for another poll.

Scots voted by 55 percent to 45 percent against independence in 2014.