International Trade Secretary Liz Truss snapped at her Labour Party counterpart, Emily Thornberry in a furious rant in the House of Commons. Ms Truss insisted Ms Thronberry remained “relentlessly negative” about the future possibility for Brexit Britain. Ms Truss highlighted how beneficial the Australian trade deal would be for Britain and dismissed many of the concerns surrounding the deal.

She also insisted Ms Thronberry remains negative simply due to the fact she still wishes to remain in the European Union rather than have any genuine concern.

Ms Truss said: “It is not a surprise that the honourable lady is relentlessly negative about the opportunities of the Australia deal and the Trans-Pacific partnership.

“I am surprised that she is known as the Shadow Secretary of state for international trade.

“She should be known as the Shadow Secretary of state against international trade. 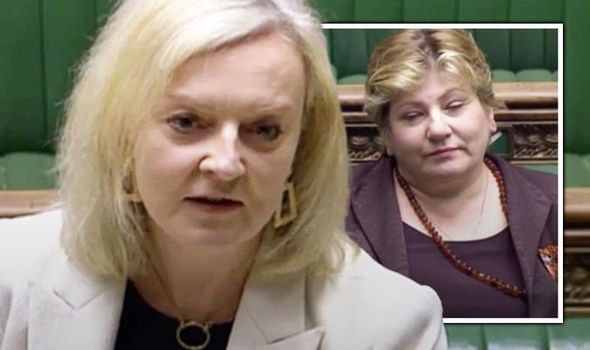 “This is because there is not a single trade deal that she supports.

“She has nothing to say about the tariff-free access that all British goods, from cars to whisky, that we are going to secure under this agreement.

“She has nothing to say about the benefits of being able to live and work in Australia for three years with no strings attached.

“She had nothing to say about digital services even though the UK is the second-largest services exporter in the world.”