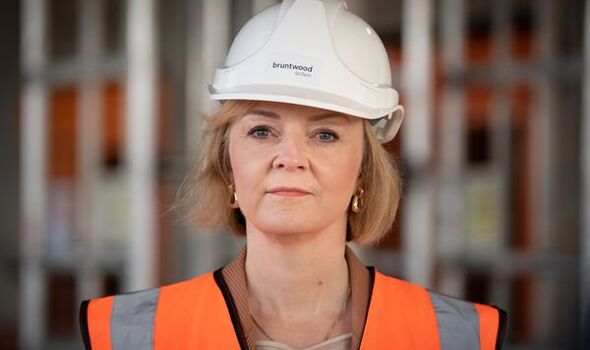 The Prime Minister has refused to say benefits will rise with inflation – breaking a pledge from her predecessor, Boris Johnson.

Members of the Cabinet and backbench Tories have been publicly urging the Prime Minister not to abandon the promise.

She said: “I’ve always supported, whether it’s pensions, whether it’s our welfare system, keeping pace with inflation. It makes sense to do so.”

“That’s what I voted for before – and so have a lot of my colleagues,” she told Times Radio.

Ms Truss is considering a rise linked to wages, while stressing she must take a “responsible” approach to the public finances.

She has refused to rule out benefits cuts or a return to austerity.

She said she would not be sacking Ms Mordaunt in order to enforce discipline in her ranks.

“This is about a decision that we are taking later on this year,” she told ITV News.

A formal decision on benefits payments will not be made until September’s inflation figures are available later this month.

Certain benefits, including disability benefits and carer’s allowance, must increase in line with inflation by law.

However, for working-age benefits like universal credit no decision has yet been made on whether a rise will be linked to prices or wages.

And former Brexit minister Lord Frost said that the Government must increase state benefits in line with inflation.

He told GB News: “The Government has made a commitment to uprate benefits. It shouldn’t take on battles it can’t win.”

“People feel insecure going into the autumn and I think it should stick to this commitment.”

“I know that our opponents like to cast us as some sort of, you know, morally dubious party that only cares about the wealthy. That’s not true,” he told Times Radio.

“My experience of Conservatism is that we’re at our best when we encourage people to succeed but also help those genuinely in need.”

“The safety net is an important part of what a one nation Conservative is all about.”

Work and Pensions Secretary Chloe Smith is also thought to have significant doubts over the plans.

Ms Smith told a fringe event organised by the Onward think tank: “What we need to do, of course, is first of all protect the most vulnerable, and I think that’s critical.”

Benefits are usually uprated in line with the consumer price index (CPI) rate of inflation from September, with the rise coming into effect the following April.

The Institute for Fiscal Studies estimates that each percentage point rise in CPI adds £1.6billion to welfare spending.

Chancellor Kwasi Kwarteng refused to comment on whether he believed benefits should rise in line with inflation.

Asked if he would support the policy, given his repeated emphasis on “compassionate Conservatism” at a Tory conference fringe event, he said: “I’m not going to get drawn into a debate about what we’re going to do on benefits.”

Shadow chancellor Rachel Reeves said: “We’re talking here about people with disabilities, people on low incomes, more than half of them in work, who are already struggling with the rising cost of living.”

“Why should they be paying the price for the Tories’ failure and the Tories’ lack of grip on our economy?”

Brendan Clarke-Smith, the Cabinet Office minister, argued that it might better to give people one-off support to help with the cost of living rather than reduce benefits.

“We don’t want people destitute, we want people to pay their bills, and I think we have to set it right.”

“It may be that the rise in line with inflation isn’t the right thing,” he told Times Radio.

Mel Stride, Tory chairman of the Treasury Select Committee, said he would have to “think long and hard” if asked to vote to increase benefits in line with earnings rather than inflation.