WASHINGTON (Reuters) – Since his January 2019 arrest, President Donald Trump’s longtime adviser Roger Stone has repeatedly tested the patience of the federal judge who presided over his trial. On Thursday, that judge will tell the self-described “dirty trickster” how long he will serve in prison. 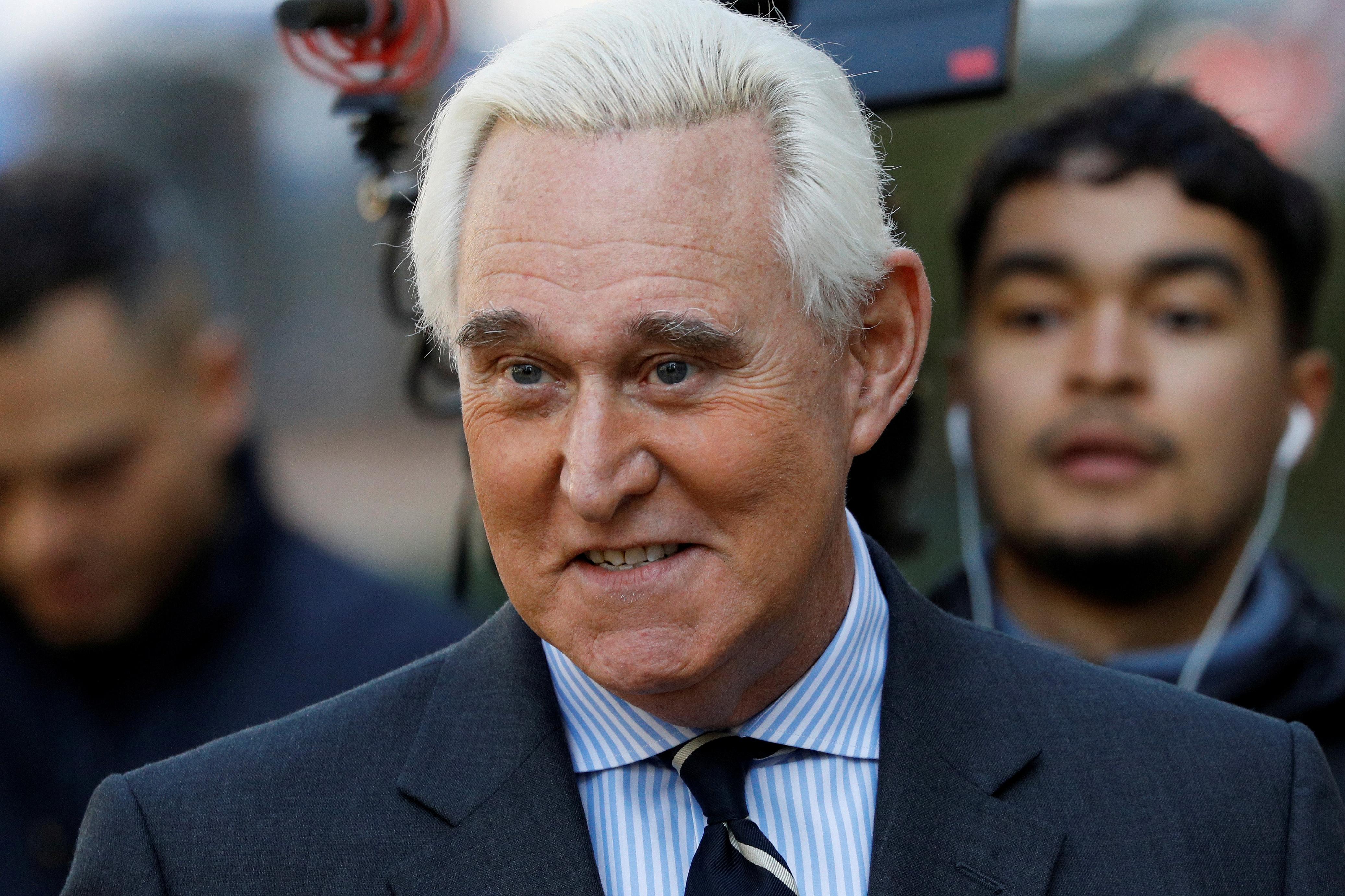 U.S. District Court Judge Amy Berman Jackson is scheduled to sentence Stone, a veteran Republican operative whose friendship with Trump dates back decades, after a 12-member jury in November found him guilty on all seven counts of lying to Congress, obstruction and witness tampering.

The judge on Tuesday rejected Stone’s bid to delay the sentencing.

The high-profile case has taken on additional importance since Trump last week blasted the federal prosecutors who won Stone’s conviction as “corrupt” after they recommended to the judge a prison sentence of seven to nine years. Attorney General William Barr, appointed last year by Trump as the top U.S. law enforcement official, swiftly intervened and the Justice Department withdrew the recommendation as “excessive,” with all four prosecutors then quitting the case.

The Republican president thanked Barr for “taking charge” of the Stone matter, though Barr rebuked Trump for tweeting about the case. Congressional Democrats have accused Trump and Barr of politicizing the U.S. criminal justice system and threatening the rule of law.

Stone has repeatedly pushed the boundaries set by Jackson since his arrest in a dramatic pre-dawn FBI raid on his Florida home. Stone violated the judge’s orders not to talk about the case or post on social media, and she accused him of “middle school” behavior. At one point, Stone posted an image of Jackson on Instagram with what looked like the crosshairs of a gun over her head.

“His antics are definitely an aggravating factor, and he can expect a longer sentence than he otherwise would have received,” said Mark Allenbaugh, a co-founder of Sentencing Stats, LLC who previously worked for the U.S. Sentencing Commission that sets federal sentencing guidelines.

“Expect an eloquent lecture from her about the sanctity of the rule of law and how judges should not be threatened and will not be threatened by such antics,” added Allenbaugh, who predicted a sentence of between three and five years.

Trump has criticized not only the prosecutors but the jurors in the case and Jackson, an appointee of Trump’s Democratic predecessor Barack Obama. Stone’s lawyers have asked for a new trial in a motion still under seal.

Trump has sidestepped questions as to whether he might pardon Stone. “You’re going to see what happens,” Trump told reporters on Tuesday, adding that Stone had been treated “very unfairly.”

Some experts called the original sentencing recommendation by the prosecutors too high and forecast that Jackson would sentence Stone to far less. Stone’s defense team recommended a sentence of 15 to 21 months.

“I would bet that the judge will make every effort to put all of those things aside and to sentence him based on the conduct that he was convicted of,” said Bruce Green, a former federal prosecutor who is now a professor at the Fordham University School of Law in New York.

This marks the second time in 11 months that Jackson will sentence a former senior aide to Trump convicted by a jury in a case arising from former Special Counsel Robert Mueller’s investigation that detailed Russian interference in the 2016 presidential election to boost Trump’s candidacy.

Jackson last year sentenced Paul Manafort, Trump’s former campaign chairman, to 3-1/2 years in prison for unlawful lobbying and witness tampering, which combined with a sentence in a related case meant he would spend more than seven years behind bars.

Jackson took steps to rein in Stone’s behavior early in the case. After she granted him broad discretion to continue discussing the case publicly, Stone posted the gun crosshairs image. Stone apologized to the judge during a pre-trial hearing, and she barred him from speaking about the case.

Stone violated that order by reposting articles promoting unproven conspiracy theories about Russia’s 2016 hacking of the Democratic National Committee’s computer system and mocking people connected to his case. Jackson then barred him from making any posts on social media.

Stone, 67, was convicted of lying under oath to U.S. lawmakers about his outreach to WikiLeaks – the website that disclosed many hacked Democratic emails ahead of the 2016 election that proved embarrassing to Trump’s Democratic opponent Hillary Clinton – to protect Trump from looking bad.