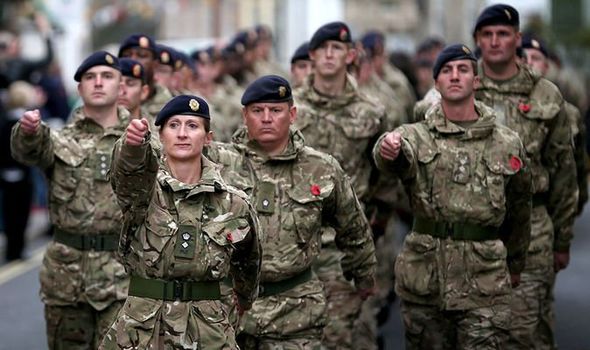 The Chancellor will unveil the cash to provide treatments for former Armed Forces personnel who have suffered severe injuries or been left with mental health problems including post-traumatic stress disorder. Mr Sunak said: “We hugely value the sacrifices made by so many brave men and women in our Armed Forces.

“Supporting injured veterans and those with mental health needs is a crucial part of repaying the huge debt we all owe them.”

The Veterans’ Health Innovation Fund will provide grants for research into surgery techniques and treatments for amputees and veterans with blast injuries, new treatments for mental health challenges and technology to help injured veterans rebuild their lives.

It will also fund research and treatment options for veterans with mild traumatic brain injury.

Figures show there were more than 300 UK service personnel whose injuries included a traumatic or surgical amputation as a result of injuries sustained in Afghanistan since 2001.

One in 10 serving military personnel were also seen by medics for a mental health-related reason last year, while the number of veterans starting psychological therapies on the NHS increased by around 45 percent between 2014 and 2020.

The fund will be distributed by the Office for Veterans’ Affairs as part of the Government’s commitment to former personnel.

The Government has provided £10million for veterans with mental health needs in the last two budgets.

In September the Prime Minister also announced that Armed Forces charities would receive £5million in additional funding to support veterans.