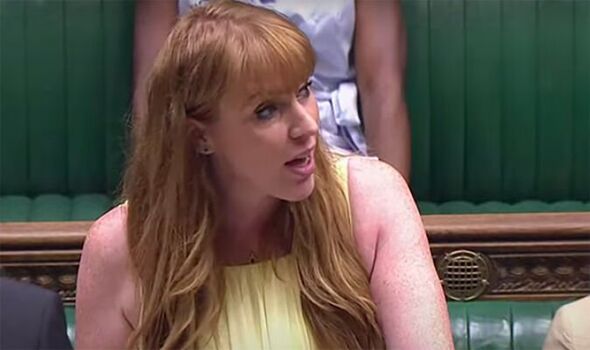 The deputy Labour leader said Boris Johnson was “missing in action” while “Britain burned” after the Tory leader missed Monday afternoon’s Cobra emergency committee on the extreme temperatures. Angela Rayner told the House of Commons: “The caretaker minister opposite says it’s his job to chair COBRA meetings but it should be the job of the Prime Minister to lead.

“Yesterday the remaining cabinet gave the Prime Minister the complete volumes of Sir Winston Churchill as a leaving gift, but he is no Churchill.. he has been missing in action.

“Can the minister tell us where he was as the country burned? Where was he when COBRA was called last weekend – has the Prime Minister attended any talks with ministers or senior officials in the days since?

“Isn’t it the truth that the Prime Minister and his entire Government have gone missing while Britain burns?”

Winding up the debate for Labour, the party’s deputy leader added: “Inspired not by Churchill or even Thatcher but… by Trump. The truth is that this Prime Minister is the danger to our democracy and to our national security every day he clings on.”

She listed Tory MP’s criticisms of the Government’s record, saying: “His former chancellor (Rishi Sunak) said the next prime minister would have to restore trust, rebuild our economy and re-unite our country.

“For all the bluster we heard from members opposite today, I think those damning words say it all.”

She joked: “Will the last person in Downing Street please turn out the lightweights?”