WASHINGTON (Reuters) – White House Acting Chief of Staff Mick Mulvaney on Friday played down the deadly coronavirus that has caused U.S. stock markets to plummet, telling top conservatives that wall-to-wall news coverage of the disease is a ploy to hurt his boss, President Donald Trump. 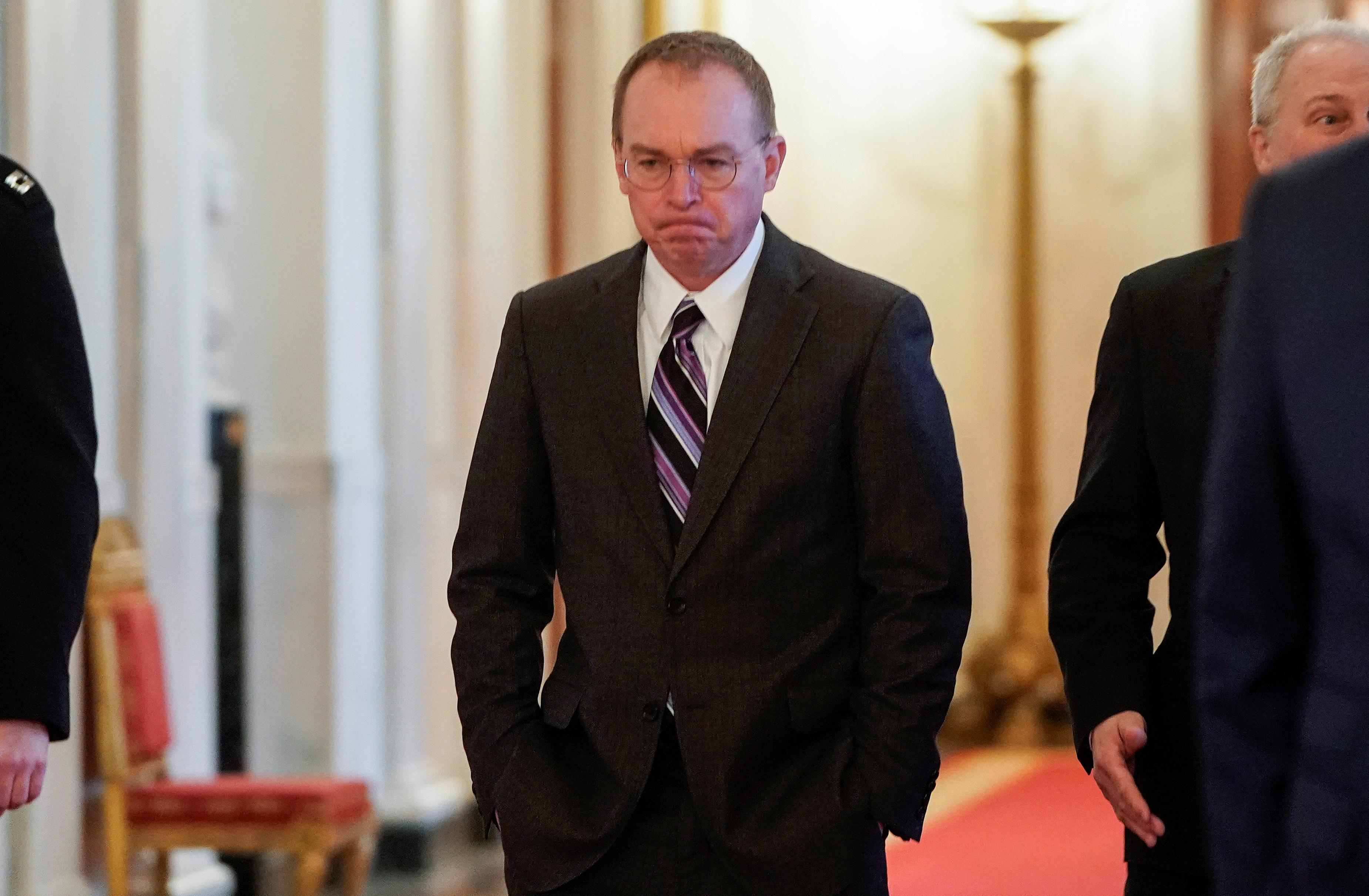 “The reason you’re seeing so much attention to it today is that they think this is going to be what brings down the President. That’s what this is all about,” Mulvaney said at a meeting of the Conservative Political Action Conference, where Republican Party superstars and right wing media personalities gather each year.

Mulvaney’s characterization of media coverage of the virus came as the S&P 500 was headed for its worst week since the Great Recession.

Coronavirus panic has wiped $6 trillion off world stocks so far this week, and the rout showed no signs of slowing on Friday.

Globally, officials warn the outbreak could evolve into a pandemic as it reaches developed economies. The U.S. Center for Disease Control and Protection warned this week that U.S. businesses, schools and families should prepare for more cases of the disease.

The Trump administration has formed a task force to address the risk, and this week said Vice President Mike Pence would be coordinating the administration’s response to the virus, amid criticism from investors.

Goldman Sachs said on Wednesday that economic impacts from the virus could threaten Trump’s chances of re-election.

On Friday, Trump said in a tweet that his policies had slowed the disease’s spread in the United States, without citing specifics, and slammed “Do Nothing Democrats.”

Mulvaney sought to reassure conservatives the U.S. government can handle an outbreak of the virus. He also compared the coronavirus to regular flu outbreaks.

“This is something we know how to deal with,” said Mulvaney. “That’s why we sit there and watch the markets, and there’s this huge panic and say ‘Why isn’t there this panic every single year over flu?’”

Fauci on Thursday said the coronavirus fatality rate is about 2%, versus the flu’s 0.1%, or about 20 times higher.