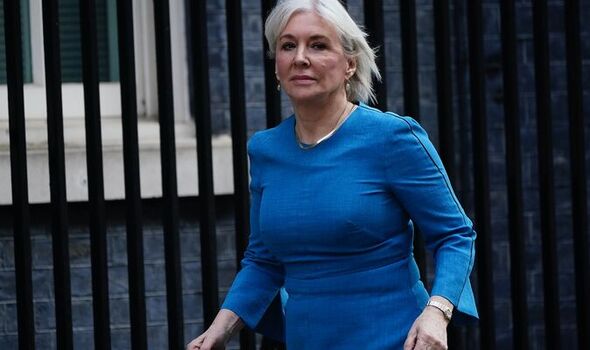 In an open letter organised by the legal charity Appeal, the Culture Secretary was told pensioners, lone mothers and people on the poverty line are being penalised most. Three-quarters of those prosecuted by TV Licensing for failing to pay the fine after being caught without a £159 licence are women. The offence accounts for 30 per cent of all female court cases, Appeal says. The group of lawyers, academics and other campaigners wants the Government to suspend licence fee enforcement until the BBC has published a “gender disparity review”.

Appeal’s letter, which comes on the back of campaigning by the Daily Express on the pressures of axing free TV licences for the over-75s, states: “Penalising the most vulnerable in society should never be on the Government’s agenda. The only fair way to stop this from happening is to suspend prosecutions until more is known about why the vulnerable are disproportionately impacted.

“Although we believe the offence should be decriminalised altogether, it is particularly important to suspend enforcement actions while the dis- criminatory nature of the prosecutions remains unresolved.

“That is why we urge you to extend your concern for older adults to all adults and suspend prosecutions until the BBC has finalised its review.”

The letter is backed by a number of organisations, including Silver Voices and Christians Against Poverty.

Dennis Reed, director of Silver Voices, which campaigns for older people, said: “The harassment of vulnerable older households at a time of soaring prices shows how little fairness and compassion there is in the BBC’s enforcement system.

“We applaud the initiative of Appeal in calling for the suspension of all prosecutions until an investigation takes place into why the vulnerable are being targeted, including the huge gender imbalance against women.

“I have already written to Tim Davie [director-general of the BBC], warning him that if one over-75 is prosecuted for licence fee evasion, Silver Voices will campaign for immediate decriminalisation.”

A TV Licensing spokesman said: “The overwhelming majority pay the licence fee and prosecution remains a last resort for those who don’t.

“No enforcement or prosecutions against over-75s who previously held a free licence have been authorised and the majority have made licensing arrangements. We continue to work with groups throughout the UK which support people in financial difficulty.”