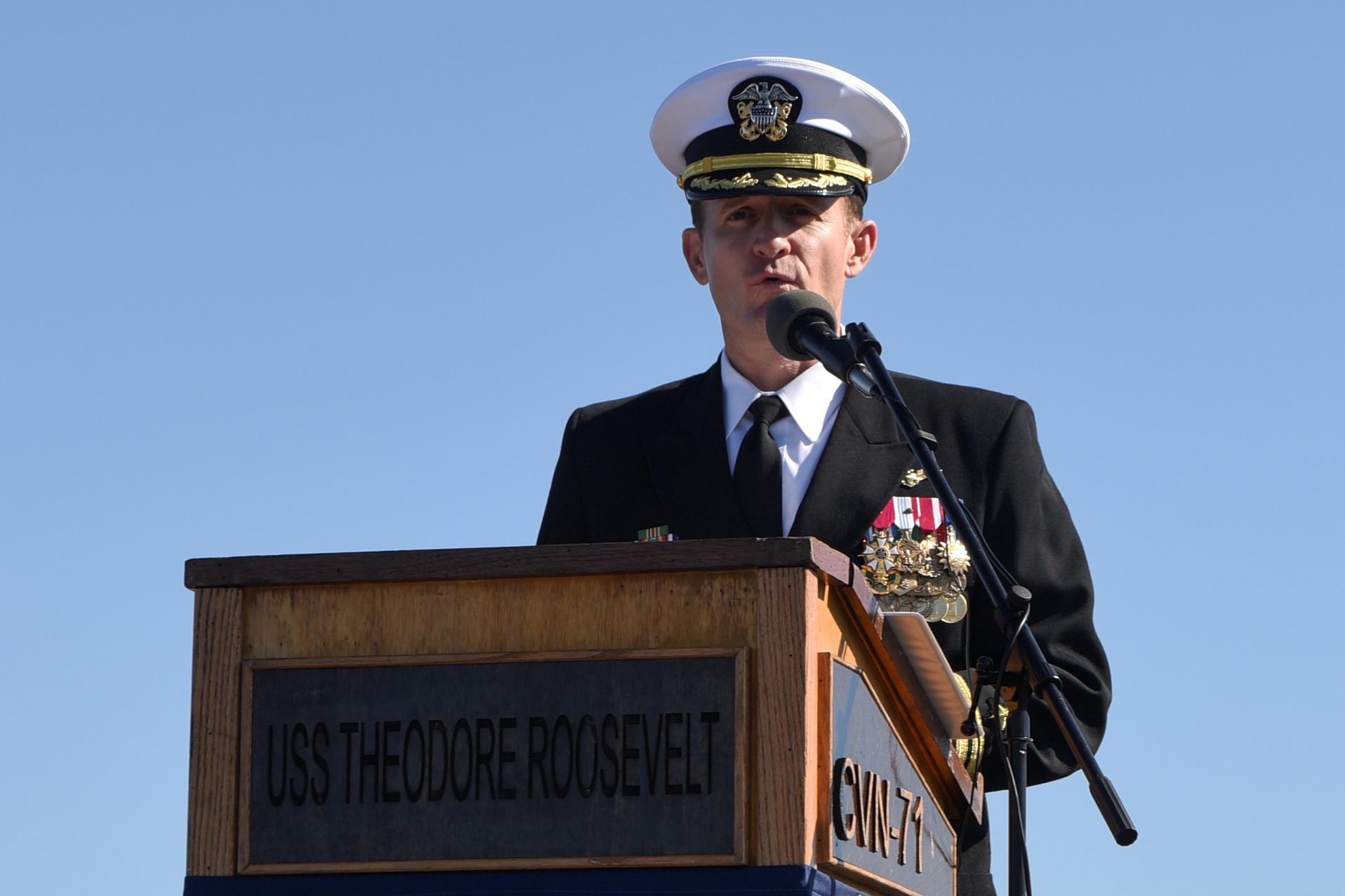 WASHINGTON (Reuters) – The U.S. Navy will not reinstate Captain Brett Crozier after finding fault with his response to the outbreak of the coronavirus aboard the aircraft carrier Theodore Roosevelt and is also putting an admiral’s promotion on hold, sources told Reuters on Friday.

The decisions, first reported by Reuters, are expected to be announced later on Friday at a news conference by the Navy’s top leaders.

Crozier was hailed by his crew as a hero for risking his job by writing a letter that leaked calling on the Navy for greater safeguards for his crew. A previous Navy investigation had recommended reinstating him.

But a more in-depth probe, the results of which will be disclosed at least in part on Friday, are expected to detail concerns about his response to the virus, the sources, who spoke on condition of anonymity, told Reuters. It was unclear whether that would include his failure to address those concerns through proper channels.

The Navy is also expected to call further investigation into Crozier’s boss at the time, Rear Admiral Stuart Baker. The Navy will announce that Baker’s planned promotion to a second star was being put on hold.

More than 1,200 sailors aboard the Roosevelt have tested positive for the coronavirus, including one sailor who died from it, and several others who had to be treated at a hospital in Guam. The Navy has not explained publicly how the virus got on board the ship.

Crozier was fired by the Navy’s top civilian, then-acting Navy Secretary Thomas Modly, against the recommendations of uniformed leaders, who suggested he wait for an investigation.

Modly’s decision backfired badly, as members of the crew hailed their captain as a hero for risking his career out of concern for their health, in an emotional sendoff captured on video that went viral on social media.

Embarrassed, Modly then compounded his problems by flying out to the carrier to ridicule Crozier over the leak and question his character in a speech to the Roosevelt’s crew, which also leaked to the media. Modly then resigned.