Dominic Raab: ‘UK need a bit of respect’ from EU

Foreign Secretary Dominic Raab launched a scathing rant at European Union leaders following “ignorant” comments made by them about Northern Ireland. He said reports of leaders suggesting Northern Ireland is “not part of the UK” was “not only offensive” but causes “great concern”. He slammed the bloc leaders for daring to question the UK’s national make-up whilst the British would never question areas in Spain such “Catalonia” or “the Flemish part of Belgium” as he demanded “a bit of respect here!” before boiling over in rage at his counterparts. 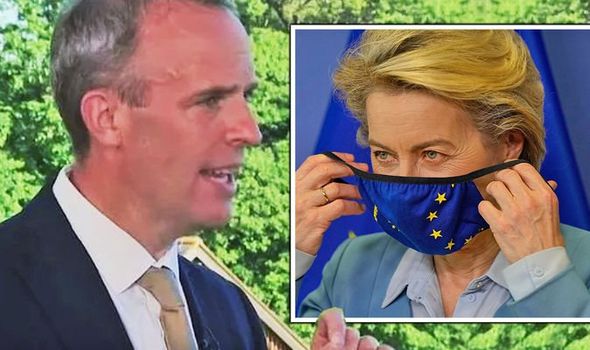 Furious Raab said: “I don’t do as a matter of diplomatic professionalism come out and ‘spill the beans’

“What I can tell you is no-one should be surprised by these reports and it is not just one figure.

“We have seen senior EU figures talk about Northern Ireland as if it was somehow different country from the UK.

“That is not only offensive, it has real world effects on the communities in Northern Ireland!” 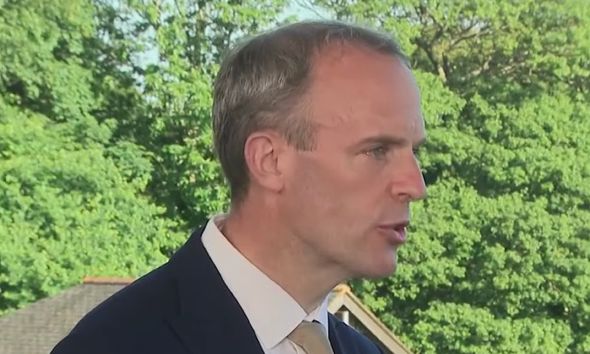 “But also, could you imagine if we talked about Catalonia, the Flemish part of Belgium, one of the Lander in Germany, Northern Italy, Corsica in France as different countries!

“We need a bit of respect here!

“And also, frankly, an appreciation over the situation for all communities in Northern Ireland!”