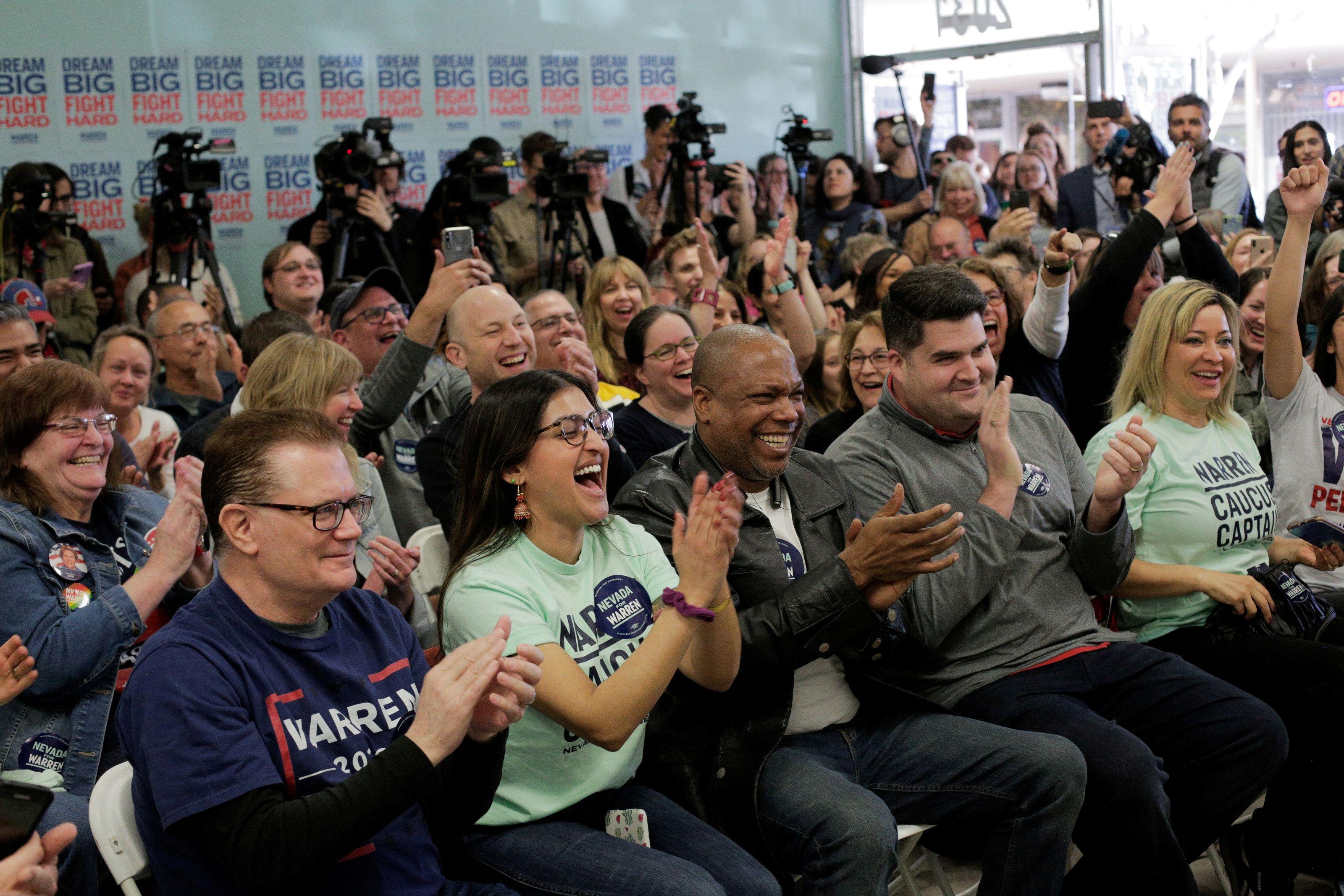 LAS VEGAS, Nevada – Nearly 75,000 Nevadans participated early in the state’s Democratic U.S. presidential nominating contest, the party said on Friday, a sign of a potentially large turnout in the first test for the candidates in the diverse western United States.

Nevada on Saturday holds its caucuses, the third contest in the state-by-state battle to determine a Democratic challenger to Republican President Donald Trump in the Nov. 3 election. The party said the majority of the early caucus voters were first time participants in the process. The number of early participants is nearly as high as the entire caucus count from 2016, when 84,000 Nevadans participated.

The large early turnout might represent a positive sign for U.S. Senator Bernie Sanders of Vermont, who is relying on bringing in new voters to fuel his campaign.

“From the beginning, NV Dems has been committed to executing the most accessible, expansive, and transparent caucus yet in 2020,” Alana Mounce, Nevada State Democratic Party executive director, said in a memo released Friday.

“To meet this goal, we enacted an unprecedented four-day early voting period for the caucus. We made materials available in three languages and had more than 80 early voting sites in convenient locations in communities across the state,” Mounce added.

Officials in Nevada have taken steps intended to avoid the chaos seen in Iowa’s caucuses this month in the first of the state nominating contests. They have vowed that the process for counting, recording and making public the voters’ choices will go smoothly. Among precautions, site leaders at caucuses will phone in their results and take photographs of their tabulations.