WASHINGTON/NEW YORK (Reuters) – New York City, the hardest hit U.S. city in the coronavirus pandemic, revised its official COVID-19 death toll sharply higher to more than 10,000 on Tuesday, to include victims presumed to have perished from the lung disease but never tested.

The new cumulative figure for “confirmed and probable COVID-19 deaths” released by the New York City Health Department marked a staggering increase of over 3,700 deaths formally attributed to the highly contagious illness since March 11.

The 60 percent spike in reported deaths underscored the enormous losses endured in the nation’s most populous city, where the sounds of wailing sirens have echoed almost non-stop through largely empty streets for weeks.

The city’s revised count, 10,367 in all, raised the number of coronavirus deaths nationwide to more than 28,300 – New York accounting for the biggest share of deaths.

With only a tiny fraction of the U.S. population tested for coronavirus, the number of known infections climbed to more than 600,000 as of Tuesday, according to a running Reuters tally.

U.S. public health authorities have generally only attributed deaths to COVID-19, the respiratory disease caused by the novel coronavirus, when patients tested positive for the virus.

New York City’s Health Department said it will now also count any fatality deemed a “probable” coronavirus death, defined as a victim whose “death certificate lists as a cause of death ‘COVID-19’ or an equivalent.”

March 11 was used as the starting point because that was the date of the first confirmed coronavirus death, the city said.

“Behind every death is a friend, a family member, a loved on,” said Health Commissioner Dr. Oxiris Barbot. “We are focused on ensuring that every New Yorker who died because of COVID-19 gets counted.”

The new approach in New York City could pave the way for similar policies elsewhere across the country, possibly leading to a surge in reported U.S. coronavirus mortality.

Even before Tuesday’s revision in New York City, the number of new U.S. deaths on Tuesday had reached at least 2,228, the highest toll yet in a single 24-hour period.

‘NOT A COMFORTABLE PLACE’

Louisiana, another coronavirus hot spot, and California also reported record daily spikes in deaths on Tuesday, despite tentative signs across the country in recent days the outbreak was beginning to ebb.

New York Governor Mario Cuomo, whose state’s healthcare network was strained to breaking point by a wave of COVID-19 hospitalizations, had said on Monday it appeared “the worst is over.”

Health officials have cautioned that death figures are a lagging indicator of the outbreak, coming after the most severely ill patients fall sick, and do not mean stay-at-home restrictions are failing to curb transmissions.

New York state and some other hard-hit areas continue to report sharp decreases in hospitalizations and numbers of patients on ventilators, although front-line healthcare workers and resources remained under extraordinary stress. 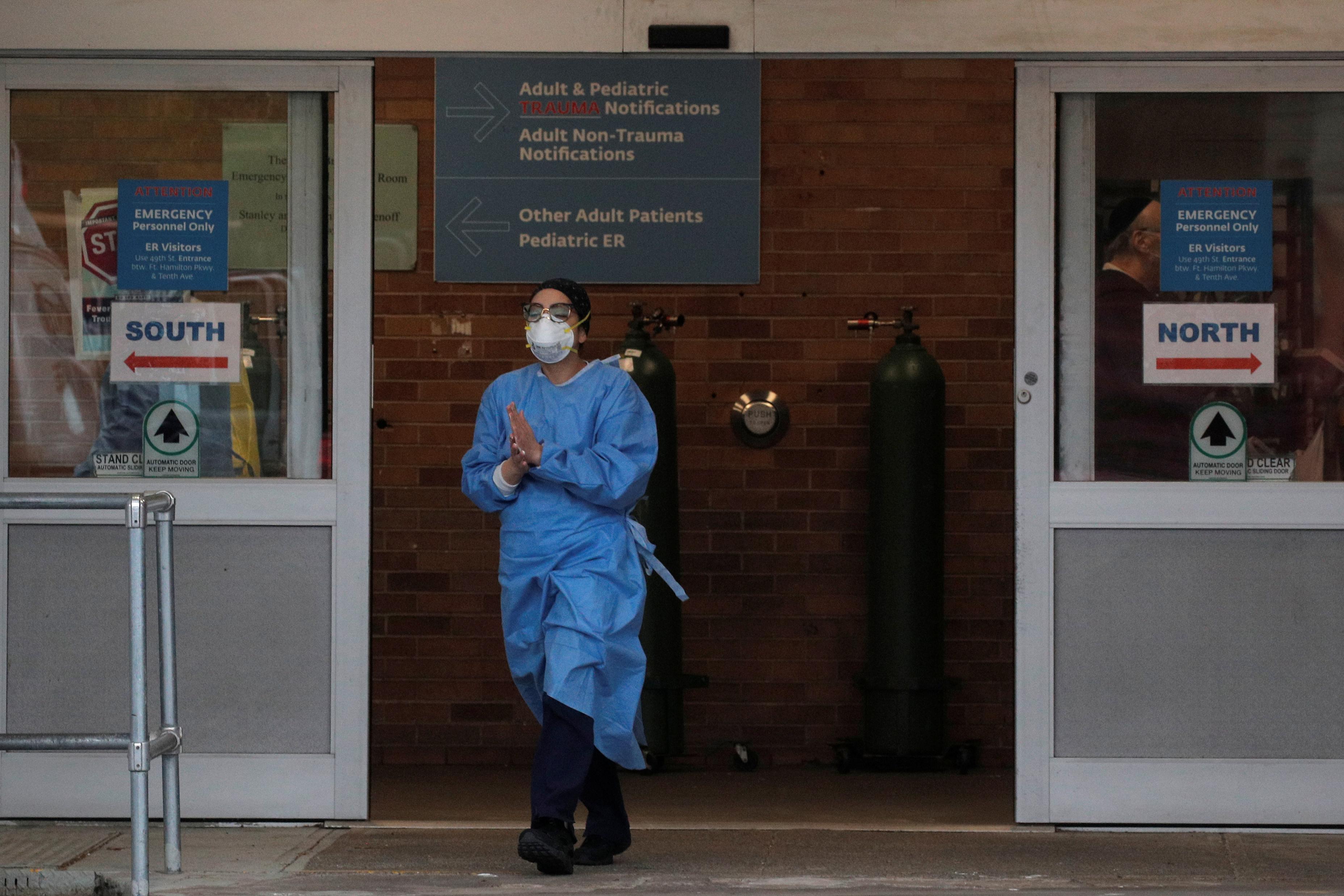 “The plateau is not a very comfortable place to live,” David Reich, president of New York’s Mount Sinai Hospital, said in a telephone interview. “So I don’t think people should be celebrating prematurely.”

Fauci, echoing many governors, said in an Associated Press interview that health officials must first be able to test for the virus quickly, isolate new cases and track down new infections.

At his daily White House briefing later in the day, Trump said he was close to completing a plan for ending America’s coronavirus shutdown, which has thrown millions out of work, and may forge ahead with restarting the battered U.S. economy in some parts of the country even before May 1.

The president took renewed aim at the World Health Organization at the briefing, saying he has instructed his administration to halt U.S. funding to the Geneva-based institution over its handling of the pandemic.

MUTINY ON THE BOUNTY

Trump, a Republican who before the outbreak touted a vibrant economy as a pillar of his Nov. 3 re-election bid, earlier lashed out at Democratic state governors, after Cuomo said he would refuse any presidential order to reopen the economy too soon.

“Tell the Democrat Governors that ‘Mutiny On The Bounty’ was one of my all time favorite movies,” Trump wrote on Twitter on Tuesday, referring to a classic film about an 18th-century rebellion against the commanding officer of a British naval vessel.

But Trump toned down his remarks at the White House briefing saying he would “authorize” governors – despite doubts from some experts that the presidency has such powers – to implement plans in their states at the appropriate time. 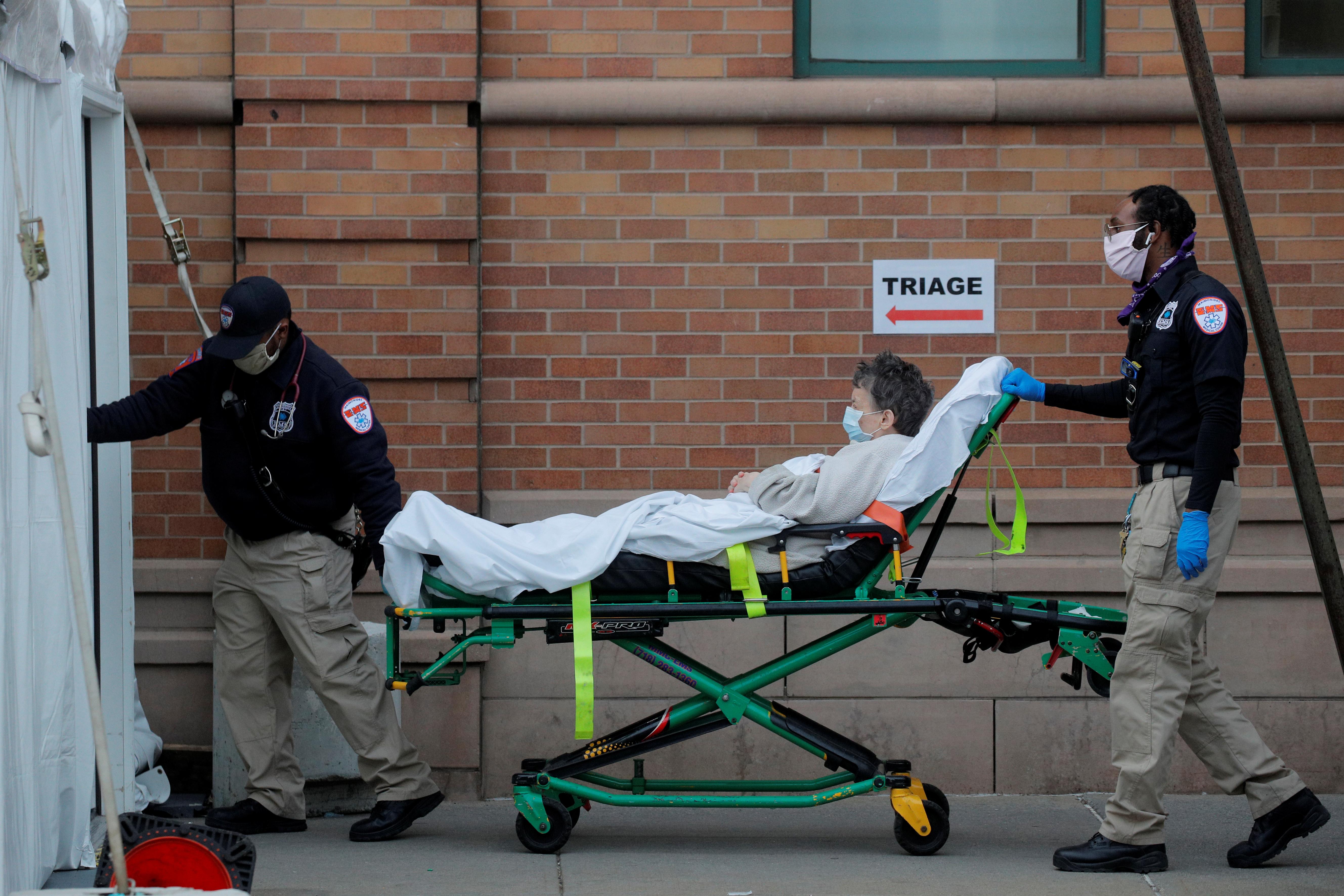 Cuomo, a Democrat, and governors of six other northeastern states have announced they are coordinating on a regional plan to gradually lift restrictions. The governors of California, Oregon and Washington formed a similar West Coast regional pact.

Some Republicans, including the governors of Ohio, Maryland and New Hampshire, also said states have the right to decide when and how to reopen.

(Graphic: Tracking the novel coronavirus in the U.S. – here)