Nicola Sturgeon grilled by Jon Kay on legality of referendum

The papers submitted the UK’s highest court put forward the case that IndyRef2 would be beyond the legislative scope of Holyrood. The Government has added that a ruling on the referendum’s legality may be premature, given no bill on a second vote has been submitted to Parliament.

Dorothy Bain, Scotland’s Lord Advocate, had asked the court to rule on whether the Scottish Government could go ahead with IndyRef2.

Ms Bain said she did not have the “necessary degree of confidence” on its legality to give the go-ahead for the referendum bill to Holyrood.

Scotland’s First Minister commented that, should the Supreme Court reject the bill, it would show the Scottish existence within the union was not a “voluntary partnership”. 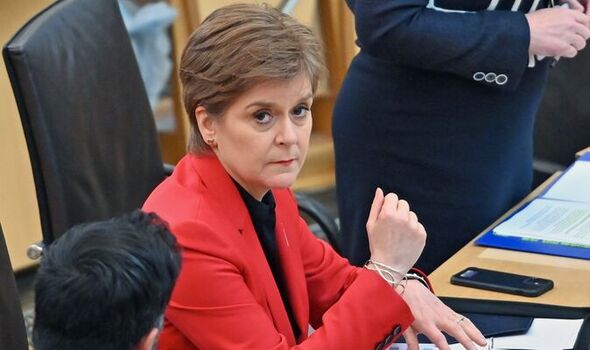 A UK Government spokesperson said: “We have been clear that now is not the time to be discussing another independence referendum, when people across Scotland want both their governments to be working together on the issues that matter to them and their families.

“However, following the Lord Advocate’s referral of the Scottish Government’s draft Scottish Independence Referendum Bill, the UK Government has today lodged its initial response with the Supreme Court.

“The papers confirm that the Advocate General for Scotland will become a formal party to the case, and ask the Court to consider whether it should accept the Lord Advocate’s referral.”

Just before Boris Johnson announced his resignation as UK Prime Minister, he reiterated to the SNP leader that the UK Government would not permit a second independence referendum. 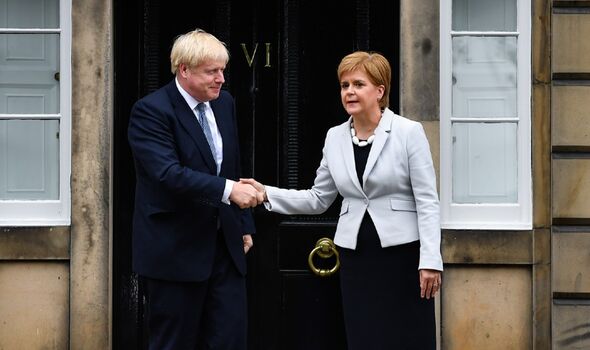 He told Ms Sturgeon that now was not “a time to revisit” the question of independence.

He said: “As our country faces unprecedented challenges at home and abroad, I cannot agree that now is a time to revisit a question, which was clearly answered by the people of Scotland in 2014.”

He added: “On all fronts, we stand to achieve so much more for the people we serve by continuing to work together as partners.”

But as news of Mr Johnson’s departure from No 10 came in, Ms Sturgeon described a “widespread sense of relief” at his stepping down.

She told BBC Scotland: “The chaos and complete lack of integrity that has characterised Boris Johnson’s premiership has in the last few days descended into complete and utter farce, and all at a time when people in every part of the UK are struggling with very real challenges.

“First and foremost there will be an overwhelming and very widespread sense of relief today that Boris Johnson’s time as prime minister – which should probably never have been allowed to happen in the first place – is coming to an end.”