Home » Politics » ‘No DSS’: Court ruling hailed as ‘nail in the coffin’ for housing benefit discrimination

A “momentous” county court ruling should be the “nail in the coffin” for discriminating against prospective tenants who receive housing benefit, a charity has said.

Shelter has hailed the outcome of a case at York County Court, which ruled that a letting agency’s “No DSS” policy discriminated against a single mother.

DSS refers to the now-defunct Department of Social Security. In recent years, “No DSS” has become shorthand for banning prospective tenants on housing benefit.

The woman in this case contacted the letting agency about renting a two-bedroom home in the city, but was told her application would not be considered because she was in receipt of housing benefit.

District Judge Victoria Mark ruled that the 44-year-old mother-of-two had been indirectly discriminated against due to her sex and disability, in contravention of the Equality Act 2010

Both parties in the judgment have not been named.

Shelter described the ruling as a “huge breakthrough” for its End DSS Discrimination campaign and added that it served as a “clear warning” to landlords.

Chief executive Polly Neate said: “This momentous ruling should be the nail in the coffin for ‘No DSS’ discrimination.

“It will help give security and stability to people who unfairly struggle to find a place to live just because they receive housing benefit.”

Rose Arnall, the Shelter solicitor who led the case, added: “This sends a huge signal to letting agents and landlords that they must end these practices and do so immediately.” 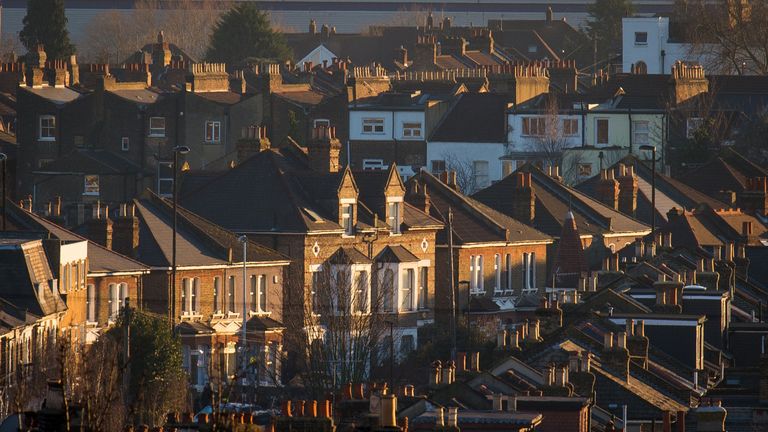 According to the charity, 63% of private landlords say they do not let, or prefer not to let, to people who get housing benefit.

The claimant in this case has been given the pseudonym of Jane by Shelter.

Jane, who works part-time, was searching for a new home in October 2018 after receiving a Section 21 “no-fault” eviction from her landlord, the charity said.

After being rejected by the letting agency, she was made homeless and had to move into a hostel with her children.

Jane said: “I was shocked and found it very unfair that they wouldn’t even give me a chance.”

She said she had excellent references, had always paid rent on time and had a professional guarantor.

Jane – who has ADHD, anxiety and depression – added that she was also able to pay six months’ rent in advance thanks to a loan from her parents.

The judge ordered the letting agency to pay her £3,500.

“This overall picture is also borne out by the simple calculation which shows that, whilst women make up 50.6% of the population, they constitute 61% of housing benefit claimants,” the district judge said in her ruling.

“It is therefore evident that women are substantially more likely than men to claim housing benefit and thus more likely to be adversely affected by a ‘No DSS’ policy.”

District Judge Mark added: “Again, it is clear that a ‘No DSS’ policy puts or would put persons who are disabled at a particular disadvantage.”

The case was supported by the Equality and Human Rights Commission (EHRC).

Chief executive Rebecca Hilsenrath said: “‘No DSS’ policies by landlords and estate agents clearly discriminate against many women and disabled people, as we saw in this case. We should never see it in a letting advert again.”

Luke Hall, minister for rough sleeping and housing, said: “Everyone should have the same opportunity when looking for a home, and discriminating against someone simply because they receive benefits has no place in a modern housing market.

“That’s why we have been working with landlords and letting agents to help ensure prospective tenants are treated on an individual basis and that benefits are not seen as a barrier to giving someone a place to live.”

The Ministry of Housing, Communities and Local Government highlighted how major lettings portals Zoopla and Rightmove agreed to stop the use of “No DSS” adverts on their websites last year.