Home » Politics » North Carolina: An empty campus says a lot about the state of the race. 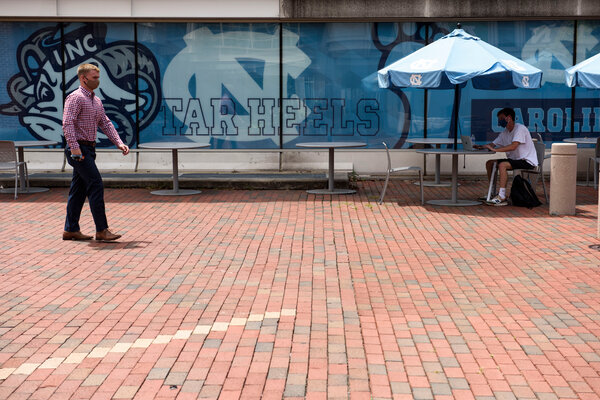 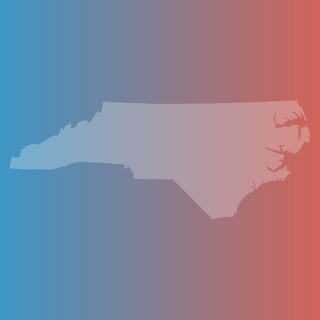 CHAPEL HILL, N.C. — I have visited this charming college town too many times to count over the years, sometimes to cover campaigns and more often for fun. But I’ve never seen Chapel Hill as quiet as I found it last weekend.

The coronavirus has closed down a number of local landmarks, like Crook’s Corner restaurant, and forced the University of North Carolina to conduct classes online, leaving some students in town and others back home.

The candidates on the ballot this year are trying to adjust. Students whom I interviewed said there were voter registration efforts taking place via text messages and social media, while some professors were using their video-conducted classes to encourage undergraduates to register.

Around town, there were signs of such efforts. Literally.

“Double Check, Make sure you are registered to vote at your current address,” read one lawn sign, planted next to a tree a block off Franklin Street, the beating heart of the community. It instructed passers-by to “Search NC DMV Voter.”

A nearby pub was offering on-site voter registration along with its takeout offerings and another lure: dog treats. The red, white and blue banner read, “Bark the Vote.”

Some Democrats, as is their wont, are nervous about the implications of voting in the age of Covid-19. They wonder if the students, from North Carolina and beyond, who attend the state’s many excellent universities will still find a way to cast their ballots. My conversations with those around town suggest that at least those who have remained in Chapel Hill intend to vote.

Whether they do in large numbers, though, could make the difference between Mr. Trump or Mr. Biden winning the state.

Most every political veteran in North Carolina, Democrat or Republican, is expecting a close race. Each of the last three presidential races in the state has been decided by less than four percentage points.

The Supreme Court fight could reshape a neck-and-neck race — a New York Times/Siena College poll this month found Mr. Trump and Mr. Biden effectively in a dead heat in North Carolina. But a number of people in the state have already voted: Absentee ballots began going out to the state’s voters three weeks ago.

What’s on many of their minds was made clear to me by a woman who, seeing me walk dejectedly away from a closed Crook’s Corner, pulled her S.U.V. over to lament what the virus has wrought and suggest a few places in town that remain open.

But as she beckoned me over to her open, passenger-side window she first offered an admonition in a honeyed, Carolina accent: “Mask up, buttercup.”

A crucial stretch of the race is about to start as President Trump’s Supreme Court pick and his first debate with Joe Biden loom. Read the latest.