It will be the first trade deal negotiated from scratch since the UK regained control of trade policy by leaving the EU. And the deal, set to boost UK firms by £1billion a year, will unleash the full power of global Britain, the PM insisted. Mr Johnson said: “Today marks a new dawn in the UK’s relationship with Australia, underpinned by our shared history and common values.

“Our new free-trade agreement opens fantastic opportunities for British businesses and consumers, as well as young people wanting the chance to work and live on the other side of the world. This is global Britain at its best – looking outwards and striking deals that deepen our alliances and help ensure every part of the country builds back better from the pandemic.

“By seizing the vast opportunities of Brexit to drive our economic recovery with a tariff-free deal that will boost industries that employ 3.5 million across the country.

“This is just the start of the world of opportunities we are grasping as an independent trading nation.

“We are already making excellent progress towards striking more tailored trade deals with like-minded allies across the globe.

“And today’s deal paves the way for us to join the Trans-Pacific Partnership, a £9trillion free trade area of some of the world’s largest and most dynamic economies.

“And it will be good news for the agricultural sector on both sides. 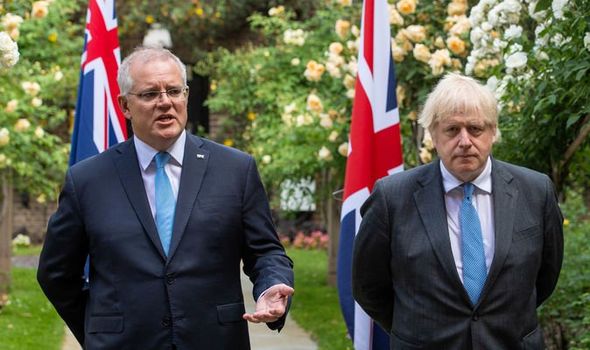 “Here, we had to negotiate very hard and I want everybody to understand that this is a sensitive sector for both sides and we’ve got a deal that runs over 15 years and contains the strongest possible provisions for animal welfare.

“But I think it is a good deal and I think it’s one that will benefit British farmers and British consumers as well.

“It will also make it easier for British people, for young people to go and work in Australia.”

Mr Johnson and Mr Morrison agreed that trade arrangements will be phased in over 15 years to give farmers and other producers time to adjust.

British exporters from car manufacturers to Scotch whisky distillers are set to benefit from easier access to the fast-growing Australian consumer market in a deal covering a trade relationship already worth nearly £14billion a year.

Business leaders estimated that the deal could boost UK firms by around £1billion a year.

And UK households could save an estimated £34million a year thanks to cheaper imports, including Jacob’s Creek and Hardys wines, plus ­swimwear and confectionery. Mr Morrison said: “Our economies are stronger by these agreements. This is the most comprehensive and ambitious agreement that Australia has concluded.” 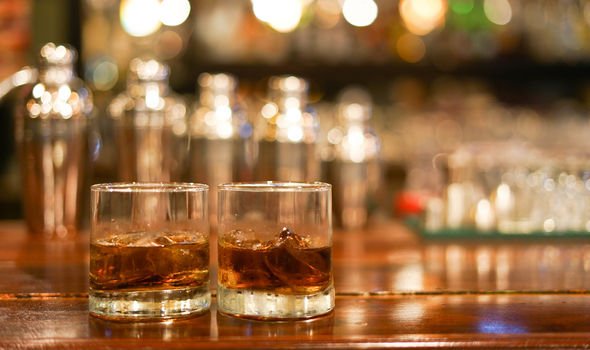 Mr Johnson and his Australian counterpart finalised the outline deal over a dinner of Welsh lamb with Aussie wine at Downing Street, it was said.

An “agreement in principle” will be published within days and a full accord will be fleshed out over the coming months. A Downing Street source said: “This is the first full post-Brexit trade deal so it’s a really exciting moment. It is a really ambitious deal.”

The International Trade Secretary Liz Truss was also at Downing Street for the historic talks. Firms employing around 3.5 million workers in the UK are expected to benefit directly from increased business as a result of the deal.

Britons aged under 35 will be able to travel and work in Australia more freely under new visa rules, with a similar arrangement for youngsters coming from down under. 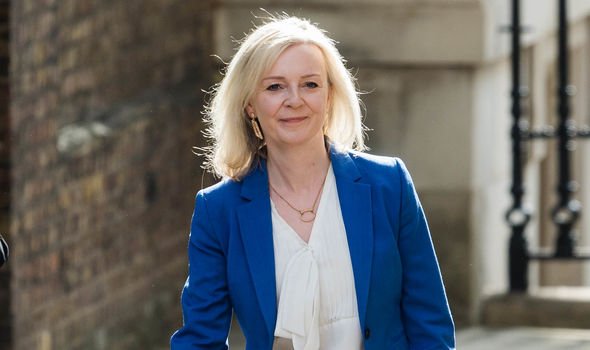 The UK exported £5.4billion worth of services, including £1.4billion of insurance and pension services and £780million of financial services, to Australia in 2020.

Red tape and bureaucracy will be torn down for more than 13,000 small and medium-sized businesses across the UK who already export goods to Australia, with quicker export times.

Mike Cherry, chairman of the Federation of Small Businesses, said: “A trade deal with Australia will come as great news for many of our members who have long been exporting there, as well as those who are hoping to expand. As we look beyond the pandemic and enjoy the benefits of post-Brexit growth, deals like this will reap vast rewards to small firms right across the UK.

“Around 40 percent of UK small firms who trade internationally do so already with Australia. A trade deal that could be worth up to £900million will only increase those numbers. The inclusion of a small business chapter in this agreement will also ensure that the needs of smaller businesses are fully catered for in the years to come.”