On Tuesday, the remaining EU27 member states approved their joint negotiating stance for talks with Britain on their post-Brexit relationship. The Prime Minister has been locked in meetings with his negotiating team and finalising the UK’s own mandate, which will be presented and published in Parliament on Thursday. This will pave the way for discussions to finally start between the two sides on Monday as they race to get a deal over the line before the end of the transition period in December 2020. 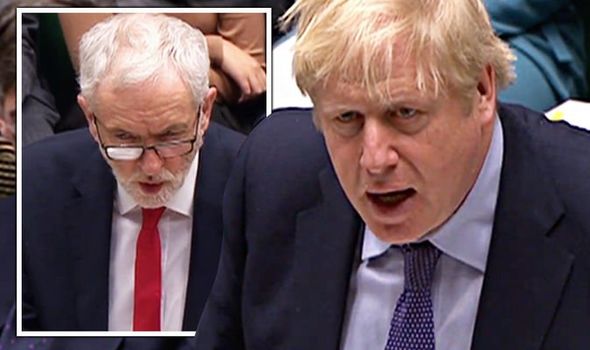 But deep cracks are already widening between the UK and EU, with Mr Johnson outright rejecting the close-knit agreement wanted by Brussels.

The EU’s chief Brexit negotiator Michel Barnier warned the UK must sign up to a “level playing field” in any free trade agreement, which could potentially force Britain into following some EU rules and standards after the Brexit transition period ends.

The Prime Minister is also expected to be quizzed on how the UK is stepping up measures to contain the outbreak of coronavirus as the deadly disease quickly spreads throughout the world.

Health Secretary Matt Hancock will update the House of Commons on the current situation following PMQs. 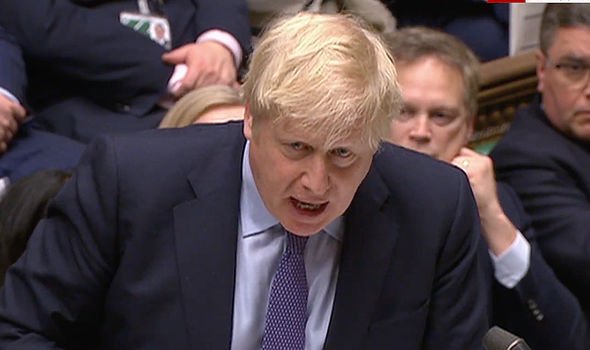 He said: “I believe the arrangement proposed would not have been in the national interest.

“While I was grateful for the continued trust of the Prime Minister.”

Responding to reports that followed his resignation, Mr Javid said: “Much of this commentary was gossip and distraction and now it is in the past.

“I very much hope the new Chancellor will be given the chance to do his job.

“He worked for me as a local government minister, and I couldn’t have asked for a better working relationship.”

Mr Johnson thanked Mr Javid for his “service” and the grace he spoke with in the House of Commons.

Boris Johnson was quizzed by Theresa Villiers to pledge not to sell out the fishing industry in upcoming Brexit negotiations with the EU.

The Prime Minister has repeatedly said the UK will becoming “an independent coastal nation” post-Brexit.

The Brussels bloc has stood firm and suggested they will request access to British waters in any future agreement with the UK.

Speaking in the Commons, the Ms Villiers said: “Will the Prime Minister resist the sell-out of our fishing committees so we can ensure we can take back control of our fishing waters?”

The Prime Minister swiftly replied: “I will indeed.

“I hope her words are listened too very carefully by the SNP as they would hand back our control of fishing to Brussels.” 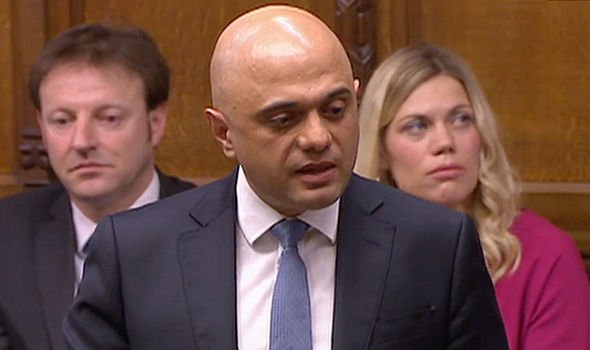 Mr Johnson was quizzed over climate talks, asked if he would commit to securing global action on the climate emergency.

He said: “I can tell the House, of course, I have already engaged with President Xi, repeatedly of President Modi, and President Trump.

“There will be an intensifying drumbeat in the run-up to the summit in Glasgow.”

Mr Johnson was quick to hit back over taxation.

He said: “This Government will get on a deliver a working immigration system for the whole of this country.

“I may say respectfully, he would be better off delivering for the people of Scotland rather than continuing with his quest to break up the United Kingdom because he will not succeed.”

The Labour Party accused Mr Johnson of being a “part-time Prime Mr Minister”.

The Prime Minister delivered a blistering response pointing out the success of the Government since the election.

He said: “Not only have we been investing massively in flood defences…we are starting work on 40 new hospitals…we can do that because we have a strong and dynamic economy.

“What are they doing? Listen to them jabbering away.”

The Speaker was quick to step in to silence MPs before the Prime Minister continued.

Mr Johnson added: “They still can’t decide if they want to be in the European Union.

“The hottest topic in the Labour Party is what job Mr Corbyn should have after the leadership contest.

“We are getting on delivering on the people’s priorities.”

Mr Johnson said: “This government has a fantastic record in investing in flood defences.

“This is because this government is running a strong and successful economy which he would ruin.”

Mr Corbyn quickly replied: “If that is the case, Mr Speaker, why is the Government investing less than half than the Environment Agency of England is saying is necessary to improve flood defences across the country.”

12.03pm update: Jeremy Corbyn claims Mr Johnson has “turned his back” on Britons

He said: “Maybe if he is too busy, he can send his chief adviser, Dominic Cummins?”

Mr Johnson quickly replied: “I am very proud of the Government’s response in the last few days. Since the flooding began there has been a constant stream of activity” by the Government.

12.01pm update: Prime Minister quizzed over flooding in the UK

Boris Johnson vows to ensure the government will continue to invest massively in flood defences after the country was battered by Storm Ciara and Storm Dennis.

When pressed by Mr Corbyn, Mr Johnson said “this government has been working flat out night and day” to help those impacted by flooding.