The Foreign Secretary will lead from the front in a near-empty House of Commons, with ministers posing questions via video link as social distancing rules continue to be enforced. Despite returning to work on Monday after recovering from coronavirus, Mr Johnson will again be absent, after his finance Carrie Symonds gave birth to a baby boy earlier today. Mr Raab will find himself under pressure from the opposition to provide more clarity on the plan to exit the current nationwide lockdown, which has been in force for five weeks.  The Prime Minister’s top team are holding several crunch meetings with leading health officials this week to determine if and how lockdown measures can be lifted. 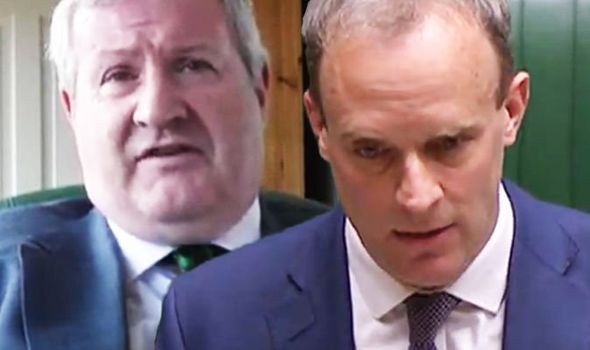 But addressing the nation outside 10 downing Street on Monday morning, Mr Johnson warned against making this move too early.

He said: “We simply cannot spell out now how fast or slow or even when those changes will be made, though clearly the Government will be saying much more about this in the coming days.

“I want to serve notice now that these decisions will be taken with the maximum possible transparency and I want to share all our working and our thinking, my thinking, with you the British people.

“Of course we will be relying as ever on the science to inform us, as we have from the beginning.” 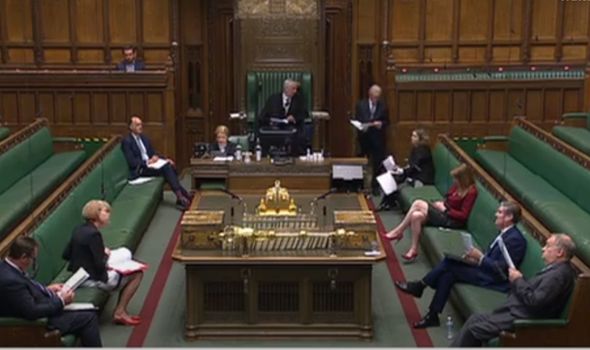 Mr Raab begins by paying tribute to the 85 NHS staff and 23 social care staff who have died from coronavirus whilst fighting the crisis.

He also pays tribute to Captain Tom Moore, who has so far raised more than £29,000.

Sir Keir also echoes those comments from the Foreign Secretary.

11.50am update: Johnson absent from PMQs after fiance gives birth to baby boy

Boris Johnson will again be absent from PMQs after his fiance Carrie Symonds gave birth to a baby boy earlier today.