Home » Politics » POLL: Who should be in Liz Truss’s Cabinet?

The Conservative leadership election ended today in a resounding victory for Liz Truss, who is now set to succeed Boris Johnson as Prime Minister. As the frontrunner all summer, speculation has been growing as to who would occupy Ms Truss’s Cabinet. Kwasi Kwarteng, Suella Braverman and James Cleverly appear set to take on key roles, but many positions are yet to be filled and last minute surprises cannot be ruled out.

Just after midday on Monday it was announced Liz Truss had defeated Rishi Sunak in the Tory leadership race, securing 81,326 votes to her rival’s 60,399.

Tomorrow, Ms Truss will travel to Balmoral in Scotland where the Queen will ask her to form a Government.

On her return, Ms Truss’s first task in Downing Street will be to assemble a Cabinet capable of overcoming the considerable challenges facing the country.

With an economy on the brink of recession and a cost-of-living crisis squeezing family budgets as gas prices threaten to push millions into energy poverty, the British public and the parliamentary party will be expecting immediate results.

READ MORE: EU hits out over Truss win with warning over Brexit deal 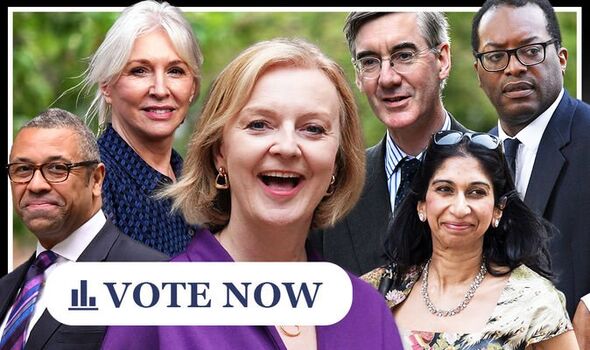 Ms Truss is reportedly aiming for a smaller team in Number 10 – echoing Margaret Thatcher’s set-up – and also plans to give ministers more freedom to act on their own initiative.

The potential Chancellor of the Exchequer and Ms Truss have long been aligned on policy issues, having co-authored Britannia Unchained in 2012 which made the case for free markets and low taxation.

Jacob Rees-Mogg may well also take up a job in the Treasury as Chief Secretary, owing to his popularity among the hard-line Eurosceptics of the party and his experience in the City. 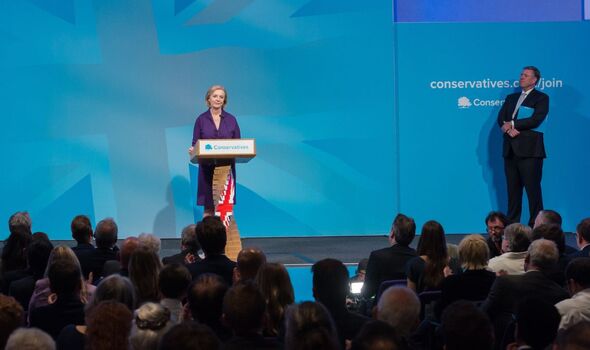 Current Attorney General Suella Braverman was quick to endorse Ms Truss after being eliminated in the second round of MP ballots in July, and is tipped to be rewarded with the role of Home Secretary.

Having remained neutral throughout the leadership contest, Priti Patel looks unlikely to find herself in Government.

The same can be said for Mr Sunak, who was reportedly initially being considered for Health Secretary before the notion was dismissed.

James Cleverly has been touted as the most likely next Foreign Secretary, having previously worked alongside Ms Truss during her time in the role before being promoted to Education Secretary amid the flurry of resignations and appointments that precipitated Boris Johnson’s resignation.

Mr Cleverly is likely to be assisted by Tom Tugendhat – whose popularity with the public skyrocketed thanks to strong performances in the televised leadership election debates – as a Minister of State.

Ben Wallace is one of a handful of Mr Johnson’s picks expected to remain in post throughout the transition, staying on as Defence Secretary, reportedly helped by Penny Mordaunt as Armed Forces Minister.

Another is Nadine Dorries, a vocal supporter of Ms Truss throughout her campaign, who seems certain to continue in the role of Culture Secretary.

Former rival in the Tory leadership contest, Kemi Badenoch, looks set to be handed charge of transport or education.

Other potential Cabinet members include Sir Iain Duncan Smith as Leader of the House, Therese Coffey as Chief Whip, Nadhim Zahawi as Health Secretary and Simon Clarke as Business Secretary.

So what do YOU think? Who should be in Liz Truss’s Cabinet? Vote in our poll and join the debate in the comment section below.