Months after the election highlighted the agency’s problems, delivery times are still falling short of its standards, and a plan to try to shore up its finances could further slow some mail. 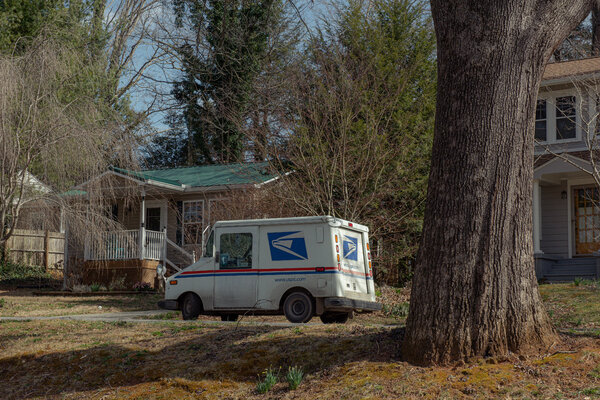 WASHINGTON — William Pietri, a software engineer in San Francisco, put careful thought into his Christmas box for his family in Michigan, jamming it with tastes from around the world and other gifts: Indonesian ginger candy, Mexican saladitos con chile, Korean honey butter almonds, a puzzle that was almost impossible to find.

But about three months later, the package has never arrived. According to the U.S. Postal Service, it is still “in transit, arriving late.”

Mr. Pietri, 51, is left to guess at the cause. The coronavirus pandemic? The politicization of the Postal Service under former President Donald J. Trump? “Well-informed delays, I would be happy with, but this great mystery is deeply frustrating,” he said.

Months after an election that thrust problems at the Postal Service into the national glare, the beleaguered agency has failed to restore its target delivery times. In mid-December — awash in Christmas and New Year’s greetings — the agency delivered as little as 62 percent of first-class mail on time, the lowest level in years, according to Postal Service data. The rate had rebounded to 84 percent by the week of March 6, but remained far below the agency’s target of about 96 percent.

“It hasn’t really gotten better as much as we would have hoped at this point,” said Dave Lewis, the president of SnailWorks, a company that tracks commercial mail and has found that delivery now takes four to five days, after years of averaging 3.5. “It just seems that the Postal Service just hasn’t come to grips with this and hasn’t been able to dig themselves out of it yet from the problems they had in December.”

The delays are compounding problems at a venerable American institution already teetering under widening financial losses, polarizing leadership and questions about what the Biden administration will — or even can — do to right the ship. And they may be a precursor of even worse delays to come as the Postal Service reaches a potential inflection point: The agency cannot fix its finances without addressing its service problems, and it cannot address its service problems without fixing its finances.