Ms Long-Bailey gave Jeremy Corbyn a 10 out of 10 rating during his leadership – a comment that sparked condemnation due to his election defeat. Mr Blair was speaking at King’s College London when he made a veiled swipe at Ms Long-Bailey. Ms Long-Bailey, MP for Salford and Eccles, said Mr Corbyn scored ‘10 out of 10’ as leader of the Labour Party when she kicked off her campaign to succeed him.

Yesterday Mr Blair was asked whether he thought Rebecca Long-Bailey was right to give Corbyn full marks.

Mr Blair said: “The British people have never voted for that type of far-left politics, and for the people in constituencies like mine, patriotism is like the number-one thing.

“It’s not necessarily number one; that’s not the right way of putting it. It’s pre-conditional.

“You might decide you’ll vote on the basis of the Health Service, but if you’ve got any doubts about patriotism – forget it. 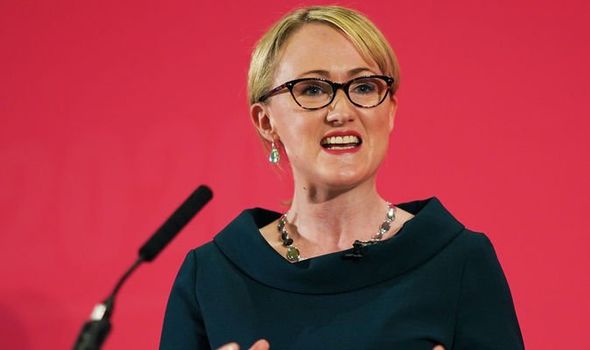 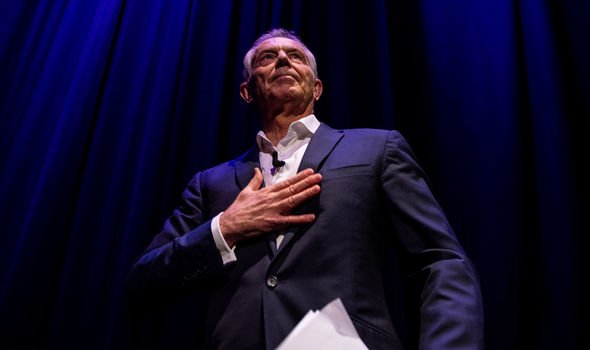 “I’m afraid people just had a lot of doubts.

Reporter Rachel Sylvester responded: “So with the manifesto, Corbyn supporters would say the policies were very popular, people liked them, they polled well. What went wrong there?”

Mr Blair replied: “It would be off if they really liked them, given that we lost.

“I’ve never quite got this one – they really liked our policies; they really wanted them; they really hated the Tory policies and – I don’t know – they just voted Tory. 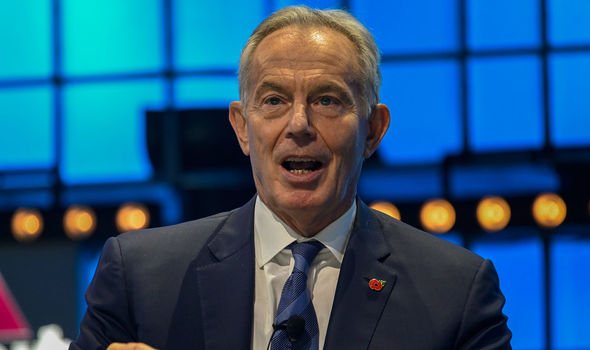 “The thing about individual policies and polling – and I learned this through the 1980s and 90s – is the fallacy of polling individual policed and thinking you’ve learned something.”

When he was asked if Labour really do want to win now, Mr Blair replied: “I think it does really want to win; the question is, does it want to win enough so that it’s prepared, one, to understand why it lost, and two, to make the changes necessary not to lose again.”

Mr Corbyn has described Long-Bailey as a “wonderful colleague, a brilliant member of the shadow cabinet”. 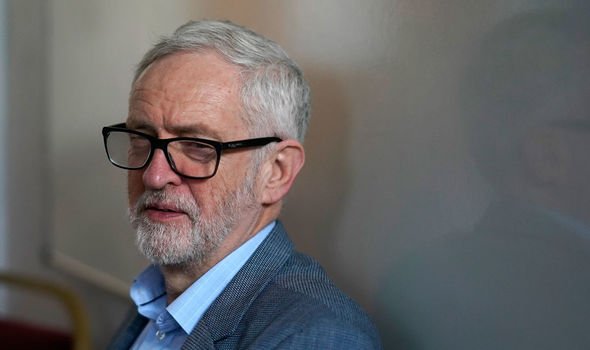 Keir Starmer is leading the race to replace Corbyn as leader of Labour, Ms Long-Bailey is behind on 31 percent and Lisa Nandy is just on 16 percent.

Mr Blair said he would not share his opinion about who should be the next leader of the Labour party.

Speaking at the London university, Mr Blair said: “Our latest defeat was entirely predictable and predicted,’ he said in his latest savage criticism of his successor.

“We went into the election with a leader with a -40 per cent approval rating on political ground chosen by our opponents and a manifesto promising the earth but from a planet other than Earth.’”

The winners of the Labour leadership contest will be announced on April 4 and will take up their roles straight away. ‘