Rebecca Long-Bailey was accused of “grandstanding” when the Labour Party leadership contest candidate shared a video of herself discussing her plans with Jeremy Corbyn as he assured her of his support in the challenge. Ms Long-Bailey was warned securing the support of Mr Corbyn, under whose leadership the party lost two elections, suggested she could not learn from the past and risk losing further support should she become leader. One Twitter user took particular issue with Ms Long-Bailey including clips of her visiting flood-ravaged areas in Calder Valley to assess the damage within the video.

The social media user wrote: “I love how you made the time to go Becky, and took a camera crew with you as well.

“Next time, a few buckets might be more of a help than such grandstanding.”

Another user commented: “What a load of absolute manufactured garbage! In all your videos you are not helping anyone and you are trying to deceive the public with your pretend videos!

“This is why nobody has any trust in Labour because of the failure to look after people in the community.” 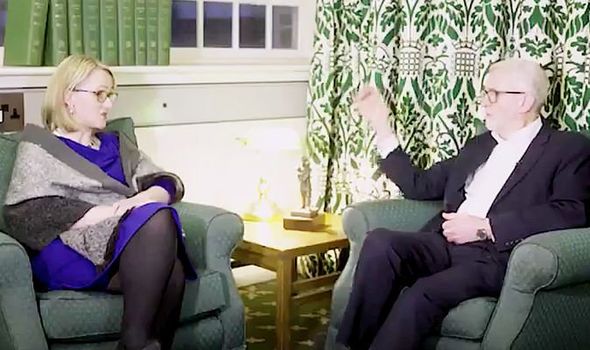 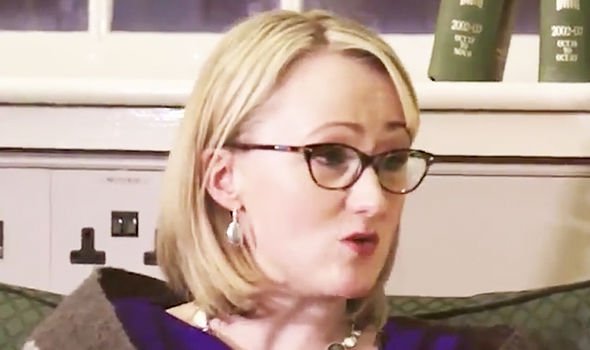 The main source of criticism however was having Jeremy Corbyn appear in the video as the pair discussed Ms Long-Bailey’s manifesto.

One Twitter user wrote: “2 delusional politicians, this is something akin to a Two Ronnies sketch minus the jokes.

Another said: “You are pushing EXACTLY the same agenda that has just seen @UKLabour annihilated and treating @jeremycorbyn as some sort of political svengali instead of the abject failure he is!” 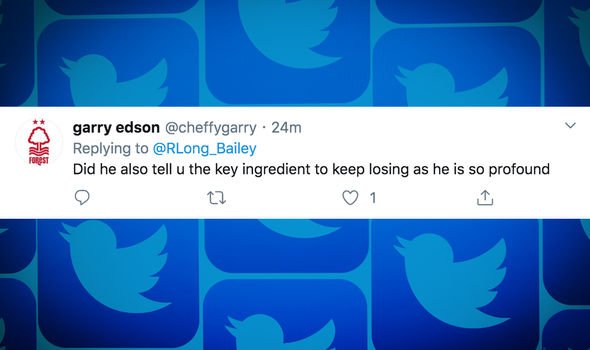 And another wrote: “Jeremy Corbyn’s continuity candidate. Corbynism was defeated at the last General Election and it will be defeated again. Britain does not want socialism.”

One Twitter user mocked the pair, suggesting the proposals Ms Long-Bailey is putting forward would gift Boris Johnson and the Conservative Party yet another victory at the polls in 2024.

They said: “I’m seeing another landslide at the polls for Boris. I’ll bet you blame that on climate change as well.”

Rebecca Long-Bailey continuously dismissed claims suggesting Labour’s loss at the general election in December was to blame on Jeremy Corbyn.

She has also denied being the “continuity Corbyn” candidate, telling the BBC: “I’m very much my own person. To suggest I’m a continuation of any other individual is quite disrespectful. Not least because I’m a woman.” 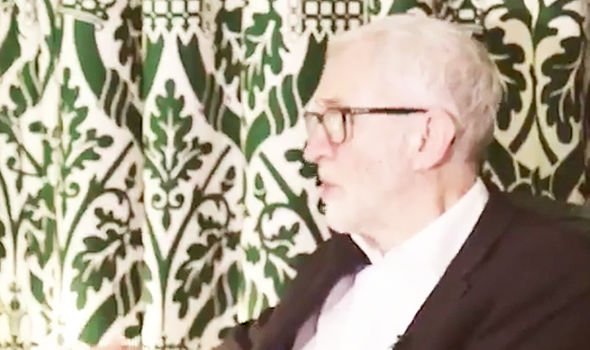 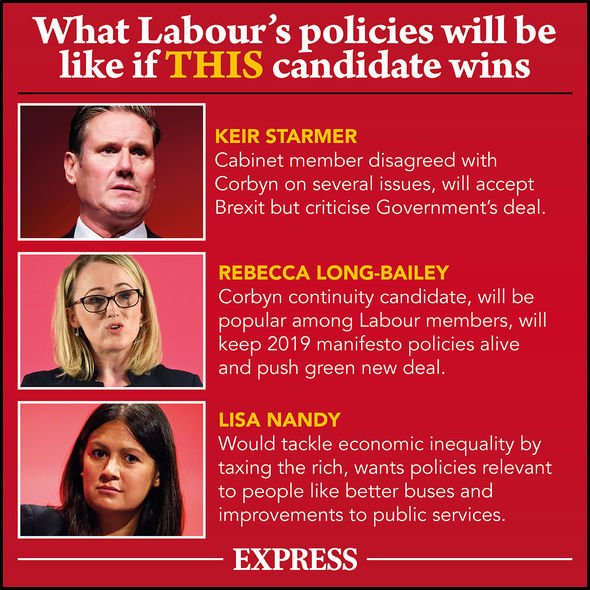 Asked about Mr Corbyn’s performance during his leadership of the party in the past, Ms Long-Bailey gave Jeremy Corbyn a 10 out of 10 rating  – a comment that sparked condemnation due to his election defeat.

And on whether she takes responsibility for the defeat Ms Long-Bailey told the BBC: “I do, and certainly I feel upset that we didn’t sell many of the policies in the way that I would have hoped.”

On Labour’s catastrophic general election 2019 result, she said: “We got things wrong. Our message on Brexit. We lost trust on a whole range of other issues.

“Anti-Semitism. Divisions in the party. And in terms of the manifesto itself, despite having some great policies, we didn’t have a message that drew them all together around aspiration. And often the campaign was quite chaotic.”

Shadow Brexit Secretary Keir Starmer is leading the race to replace Mr Corbyn as leader of Labour, Ms Long-Bailey is behind on 31 percent and Lisa Nandy is just on 16 percent.

Labour voters received their polling cards for the contest on Monday and will have until April 2 to cast their vote for the leadership and deputy leadership candidates.

The winners of the Labour leadership challenge will be announced on April 4 at a special conference in Birmingham and they will take up their roles straight away.